The intense debate sparked by the refugee crisis and creative spirit of singer Kate Bush are just some of the influences behind student work captivating art enthusiasts converging on this year's Kingston School of Art undergraduate degree show. Art lovers from across the country are turning out in force during the week-long show, which opened this weekend, to see exhibits being unveiled by the next generation of talented artists, designers and architects to graduate from Kingston School of Art.

The show, an eagerly anticipated annual launchpad for emerging art and design talent, opened its doors this weekend to throngs of industry professionals and borough residents. In a first this year, it is being held across several sites due to multi-million pound improvement work taking place at the Knights Park campus. The impact of the building work has even gone as far as influencing branding for the event, with the word ‘show' formed from the soft foam attached to the scaffolding that surrounds much of the building a key feature of this year's promotional materials.

The graphics behind the show are inspired by the refurbishment work ongoing at Kingston School of Art.Students showcasing their work include Laurie Avon, who has created Voices of Dissent, a three metre fabric-printed protest banner. The piece reflects the attitude towards refugees from all sides of the political spectrum. The central point of the artwork describes the processes refugees have to undergo to remain in the United Kingdom.

"I've been looking at how I can increase awareness of the ongoing debates surrounding the refugee crisis," the 22 year old from Brighton said. "I enjoy work that is politically or socially led and this piece gave me the opportunity to step back from the situation to show both sides of the conversation and learn about people whose voices you might not normally hear." The issue is particularly close to Laurie's heart and he has even volunteered at charity Action for Refugees in Lewisham.

His show exhibit includes a zine, which converts a 20 page document into a visual language more accessible for refugees and people wanting to understand the challenges of they face. "The idea was to make something that could be distributed for free with the goal of educating and including more accessible content," he said. "The power of illustration enabled me to be really imaginative, to go beyond the literal interpretations and be more poetic with what I was trying to say."

Fine art student Elly Rutherford, meanwhile, found inspiration for her work talking to her tutor, who likened her to cultural icon Kate Bush. Elly will be channeling the star's spirit with an installation and performance piece blurring the boundaries between audience and performer. Spectators will be invited to experience a series of spontaneous performances which Elly hopes will be akin to watching someone in their teenage bedroom, unselfconscious of their reactions and emotions.

The performance is a multi-sensory experience, featuring playlists, found sound, visuals, objects and even smells distributed around the space. Elly hopes to reconnect her audience with the beauty of everyday life. "I've been really exploring the spontaneous perception of connections and meaningfulness of unrelated items," she explained. "When you notice patterns of events somehow linking together, that's how I've created the installation. My aim is to alter visitors' preconceptions and hopefully allow them to explore things in a more mindful way."

A multitude of art practices will be on display for the week-long event run. KSA's School of Creative and Cultural Industries is showcasing a video which asks the question ‘What is Creativity?'. Curious visitors will be asked to contribute their answers to a wall of messages before using the latest virtual reality 3D painting software to produce masterpieces of their own.

This year is the first under the stewardship of Kingston School of Art's new Dean Professor Colin Rhodes. "We're proud and very excited to be opening our doors to the surrounding community – inviting it to see what our hard-working students have created in the studios and workshops at Kingston School of Art.

"The show is a major milestone for our soon-to-be graduates, I'm exhilarated and in awe of the creative talent that will be on display," he said. "The show is an unabashed explosion of creativity, with these inspirational students set to go on to bolster the United Kingdom's booming creative industries for many years to come." 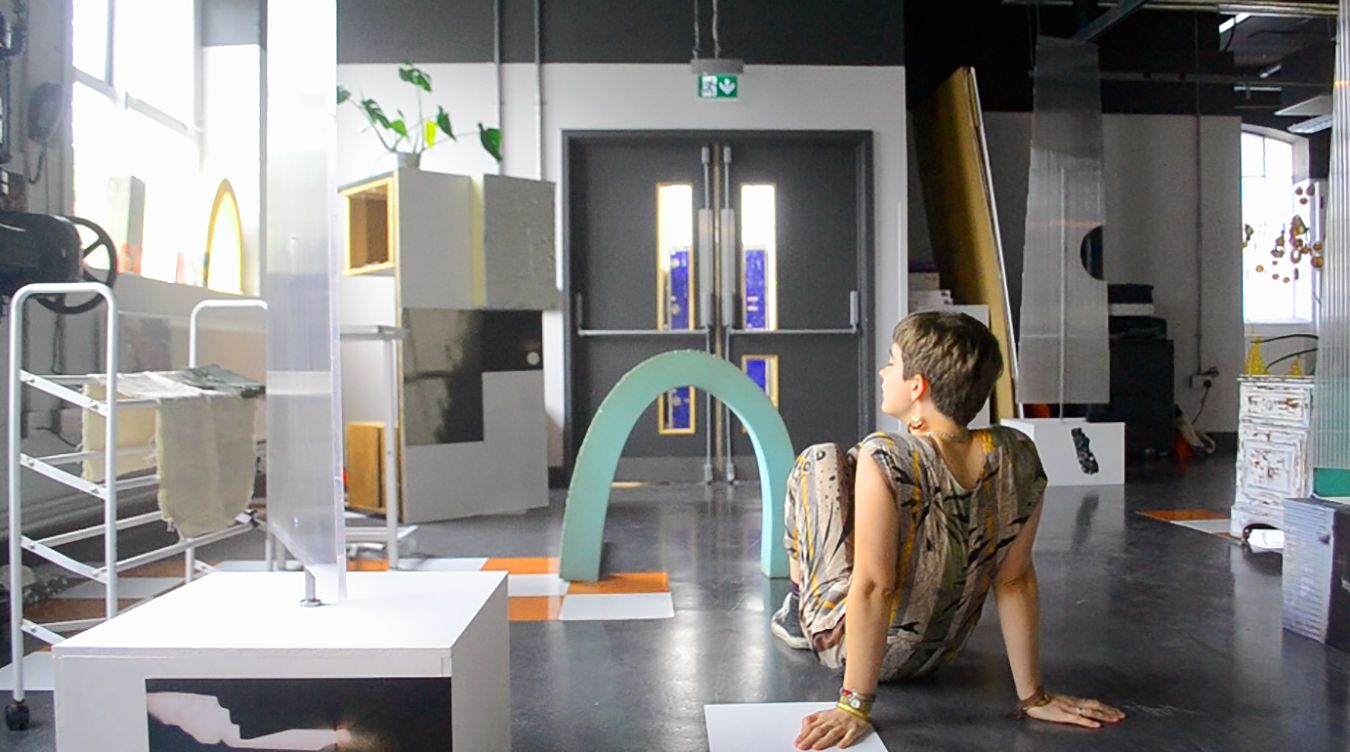 Elly Rutherford will embody the eccentricity of music icon Kate Bush during her performance.