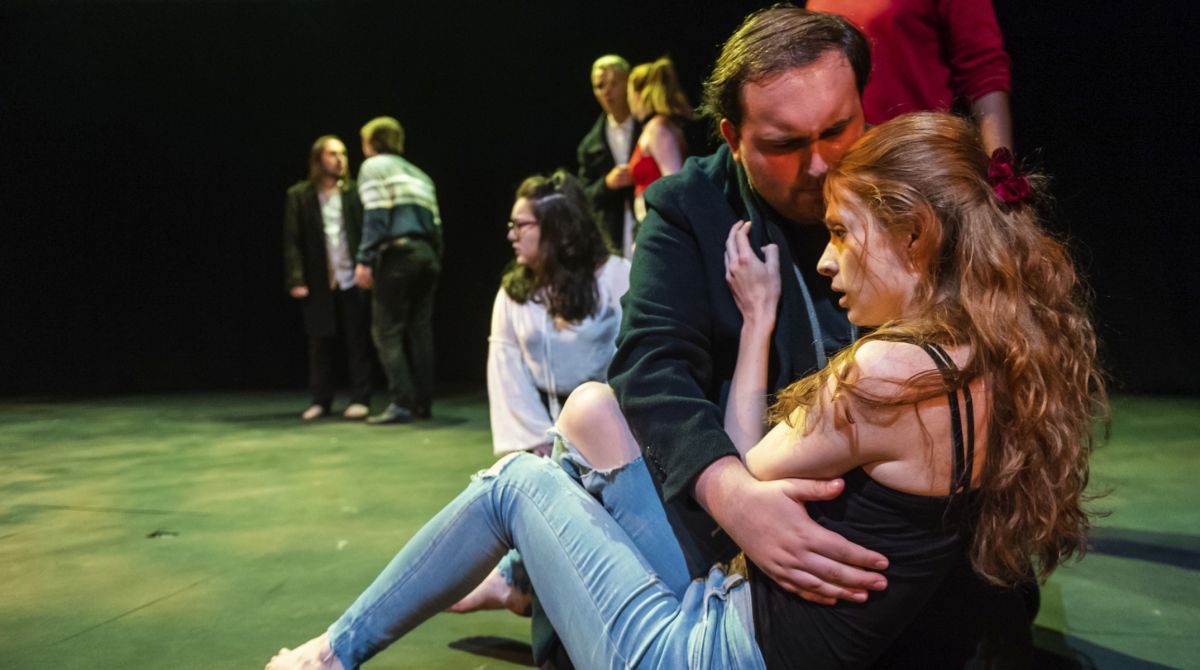 Kingston University drama, dance, film and music students wowed audiences as they took over the town's Rose Theatre for a three day festival of performing arts showcasing some of this year's top creative talent.

The annual Kingston Onstage event featured a breadth of original work from undergraduate students, brought together to create a vibrant programme running across three evenings. Crowds were treated to drama, cabaret, animation, contemporary dance and musical theatre performances, alongside rock, gamelan and classical ensembles among others.

The annual event not only offers an opportunity for students to show the culmination of their hard work over the year at the largest producing theatre in South West London – but can also serve as a stepping stone in to the industry, according to Dr Alex McSweeney, senior lecturer in Drama and co-ordinator of Kingston Onstage.

"Every year we have a host of top talent agents come down to see our graduating students and it's a great opportunity for them to be spotted," Dr McSweeney said. "Being given the platform to perform their own work on a large, professional stage is a fantastic experience – to be able to say they directed or performed at the Rose Theatre is a great addition to their CV and gives them a real advantage when it comes to seeking future employment."

The importance of the opportunity the showcase provided to students was echoed by final year drama student Jade Flack, who directed this year's main stage drama show Rapid Fire on Thursday's opening evening, which is made up of eleven separate short pieces.

"If you want to make your mark on this business, the Rose Theatre is the perfect place to perform – there's something really special about it," Jade said. "It's such a professionally run theatre and when you step out on to that stage it's such an eye-opening experience." 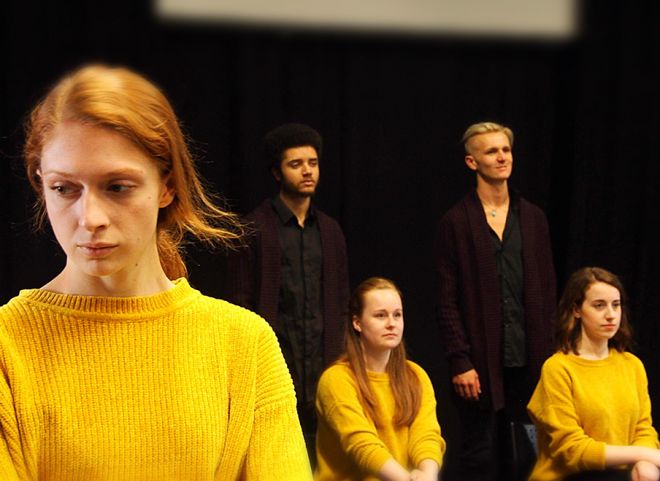 Three different male and female pairs play Libby and James in As the Pendulum Swings, directed by Jade FlackJade also directed a play based on true events at the festival. Written by a friend who has bipolar affective disorder, As The Pendulum Swings is an intimate love story exploring how a couple's bond is tested when one receives some startling news, and features eight undergraduate student actors. The latest performance follows a sold-out run for the play at the Rose Theatre Studio as part of the Kingston University Drama Festival back in March.

"Mental health is a subject that's often misunderstood, so it was really important to us to hear people who have bipolar affective disorder themselves tell us they loved the way it was written and portrayed," he said.

Following the opening night's showcase of drama, Friday evening saw dance students take to the stage to display their talents, taking in styles as diverse as flamenco, contemporary and street dance.

Among those taking part is second year Saffron Shomaly, who teamed up with fellow dance student Cache Thake to perform a piece that combines theatre and hip hop. "A lot of the pieces we've been involved in in the past have been tense and emotional and we wanted to do something really upbeat and groovy," she said. "There's no actual set style of theatre hip hop – so we're adding characters and a narrative and have created something informal and comedic – it's a bit of a mishmash but we like having no boundaries."

Saffron, who also performed a short piece as part of the University Dance Society's Contemporary team, said getting the chance to dance in front of friends and family at such a prestigious venue was one of the highlights of taking part in the event.

"Preparing for Kingston Onstage feels like you are working towards something your loved ones can share in and be part of – and they aren't coming to sit and watch you in a sports or drama hall, they are coming to see you at the Rose Theatre. It's such a beautiful venue and that makes it extra special," she said.