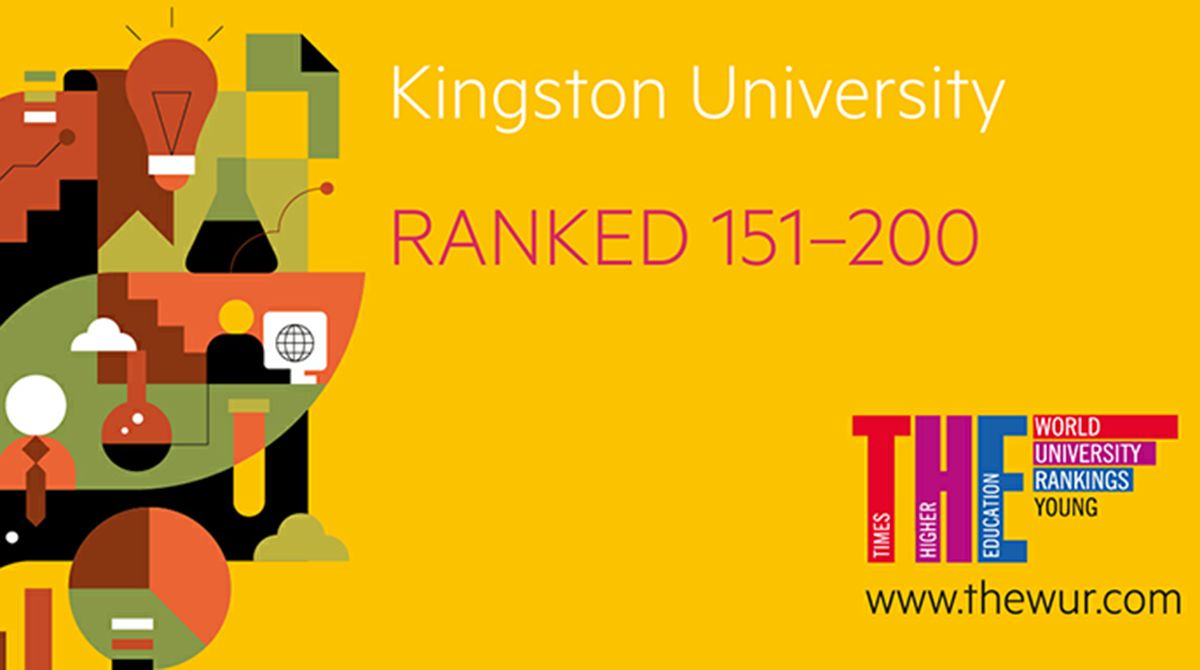 Kingston University has been named in the world's top 200 young universities in the latest international rankings by sector-leading publication the Times Higher Education (THE).

The Young University Ranking 2018 rated institutions founded during the past 50 years across a series of measures including teaching, research, citations and international outlook.

Kingston University was one of just 31 British universities to make it in to the seventh annual edition table, which included 250 institutions from across the globe - expanded from 200 in 2017. The University maintained its place in the 151 to 200 banding, along with 14 other United Kingdom institutions.

A total of 55 countries featured in the global list, from as far afield as the United States, Hong Kong, Taiwan, France, Switzerland, Germany and Brazil.

The Young University Ranking is based on the same 13 performance indicators as the THE's World University Rankings, however the weightings are recalibrated to reflect the special characteristics of young universities.

This latest global success comes in the wake of Kingston's rise of 23 places in the Guardian University Guide league tables, coming in at joint 58th position in the rankings for 2019.