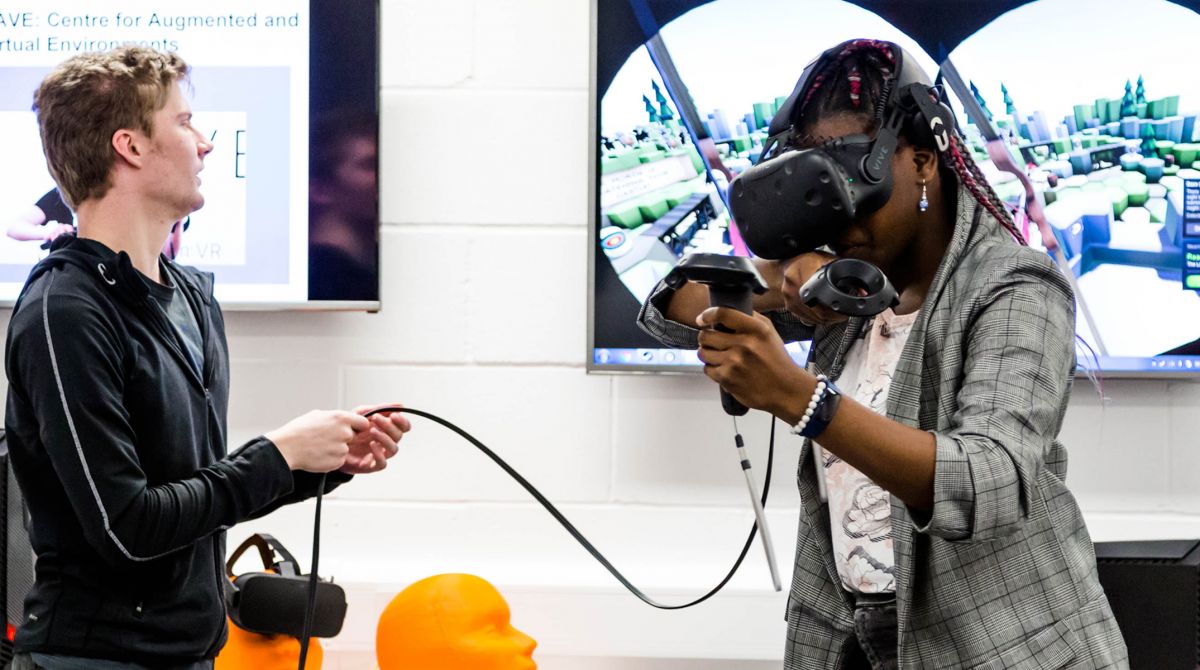 The University's role at the heart of the community was highlighted this week as it opened its doors for its annual Civic Reception, illustrating the diversity and breadth of the work of staff and students.

Alumni, local residents, council members and the Mayor of Kingston were among the guests at the evening event – which included a panel discussion around the future of the borough involving Kingston Council leader Councillor Liz Green, deputy chief executive Roy Thompson and Kirsten Henly, chief executive of Kingston First, an organisation that represents more than 750 local businesses.

Speaking to a packed Clattern Lecture Theatre at the University's Penrhyn Road campus, Vice-Chancellor Professor Steven Spier emphasised the institution's ongoing commitment to working in partnership with organisations across the borough.

"The University has been in Kingston in some guise since 1875 – we are part of the fabric of the community. Our staff and students live and work here and we contribute significantly to the local economy. Working with our partners and local residents, we want to play a key role in leading the development of the royal borough," he said. 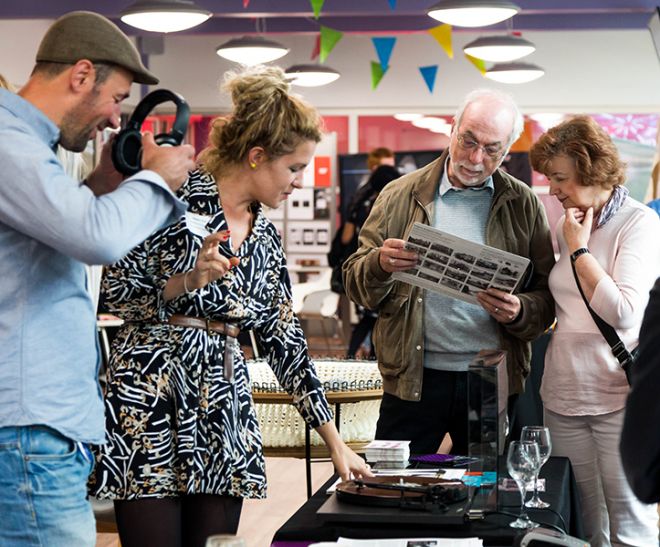 Guests from the local community were able to take part in demonstrations Professor Spier pointed to the Town House development as evidence of being at the heart of the community, describing how the landmark building will act as a gateway to the University when it opens in 2019.

"The Town House exemplifies what it means to be a good neighbour," he explained. "We want to welcome the community in and we want the University to help define what the borough is. We see ourselves as not just a partner, but as part of the identity of the borough."

Councillor Green echoed this sentiment and said the council was keen to collaborate with organisations like Kingston University on providing services for the local community.

"The days when the council ran everything are long gone. Partnerships are vital to the borough and we can only deliver the services we need through them." she said. "The University is a key partner. We are a university town – we need to talk more about the advantages of this and look at how we can make Kingston better together."

With more on show than ever before, this year's Civic Reception brought together an eclectic and impressive range of work – from live music, drama and dance performances to virtual reality and drone display. Guests could take tours of the Town House construction site, watch demonstrations of how the University's ground-breaking research is making a real-life impact and even taste honey produced by bees at the University's Kingston Hill campus. 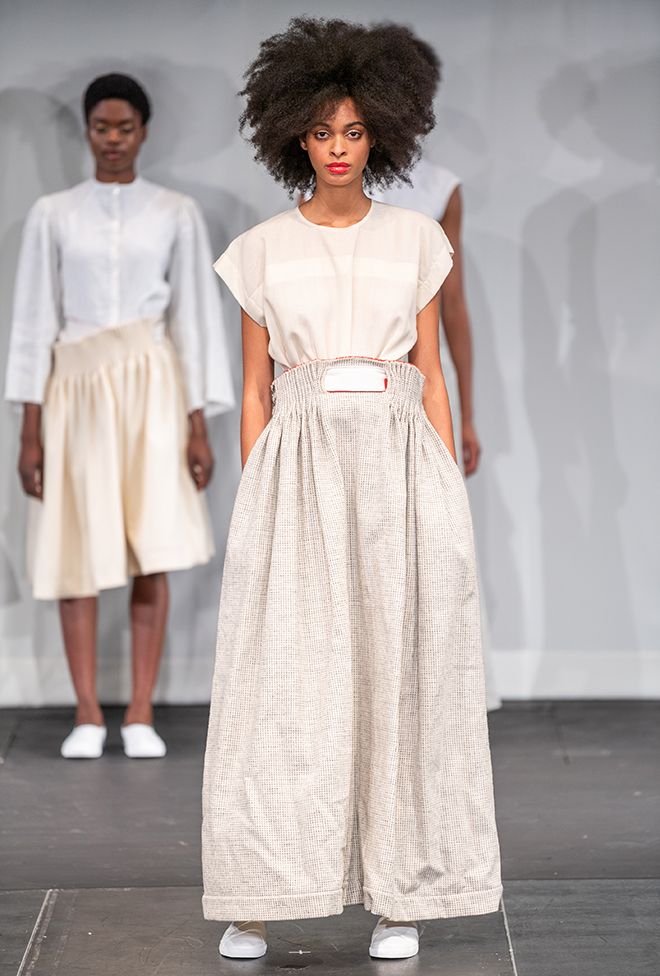 The Rose Theatre shows saw work from Norwegian BA(Hons) Fashion student Elisabet Attramadel, using fabric sourced sustainably from her home country.In addition to displays and demonstrations, there were plenty of opportunities to get hands-on, with guests carving their own rubber stamps, creating 3D selfies, taking control of Lego robots and trying out the analogue recording equipment from the University's Visconti Studio.

As part of the festivities, fashion students took over the town's Rose Theatre to showcase their final year collections in two shows sponsored by student fundraising initiatives and sponsorship from local department store Bentalls and Headmasters in Surbiton.

Kingston University's Head of Fashion Elinor Renfrew said holding the shows at such a prestigious venue was a fantastic opportunity to celebrate their achievements with the local community.

"The shows at the Rose Theatre saw us bring the very best of what Kingston School of Art's fashion degree has to offer to the heart of Kingston at the Rose Theatre – one of the town's most prominent venues," she said. "Every one of our final year BA(Hons) Fashion students showcased their work on the catwalk in two shows that were made possible by their dedication and creativity."

Pro Vice-Chancellor for Culture and Public Engagement Professor Colin Rhodes summed up the purpose of the Civic Reception, highlighting that it was intended to show the University was keen to welcome in the local community.

"It can often seem like there is an invisible force field at the edge of a university campus. People know in their hearts it's open, but somehow feel they need a formal invitation to come in and see what we're about and be part of that," he said."Our Civic Reception is intended to demonstrate that we are open and friendly. As a university we both represent the community, but we are the community at the same time. This event is a great symbol of those things." 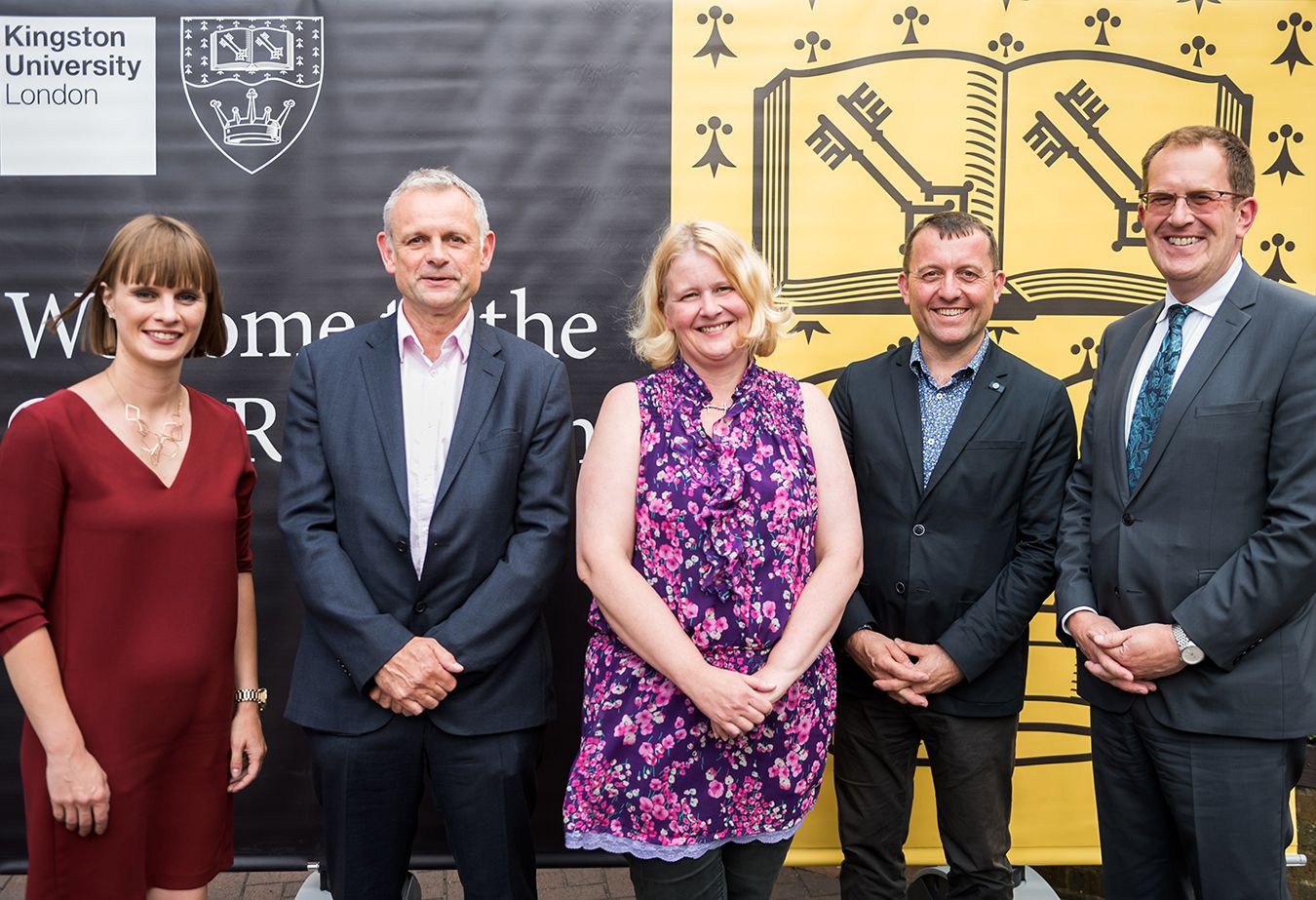