Second World War-era wristwatches could pose cancer risk due to radon exposure, according to new study by experts from Kingston University and University of Northampton 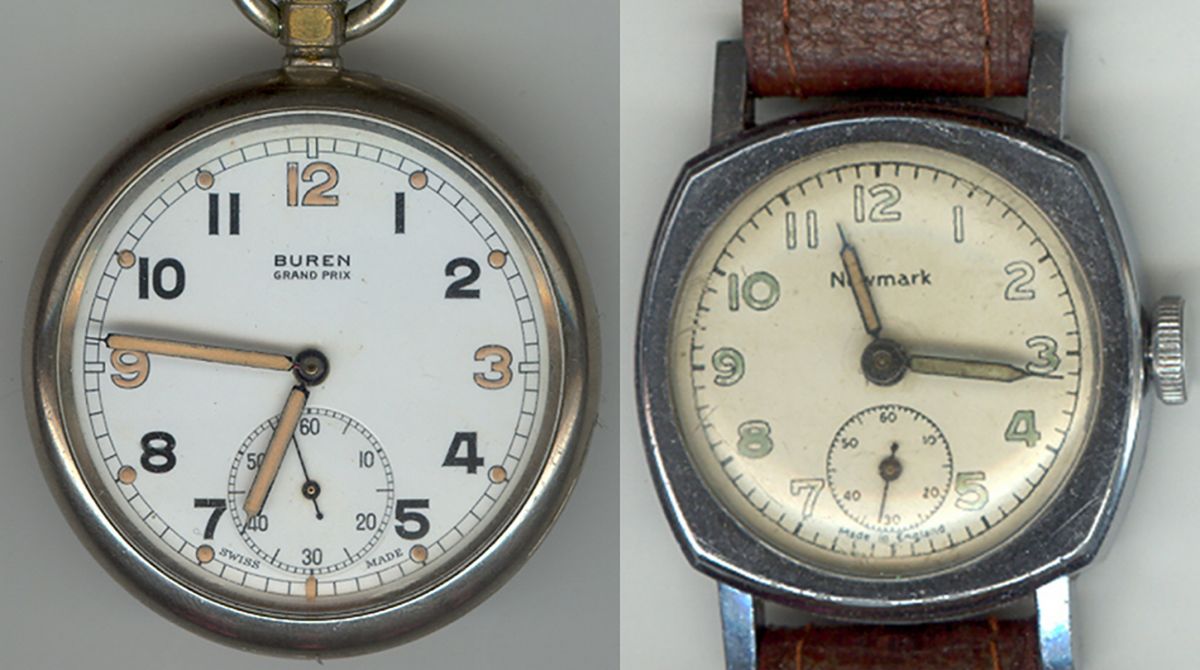 Wristwatches passed down by Second World War soldiers to their families could emit potentially dangerous levels of radiation, new research by experts from Kingston University and the University of Northampton has found. Collectors and descendants of ex-servicemen could be at risk of radon exposure  – a leading cause of lung cancer deaths – from the antique timepieces, according to the study.

The gas comes from the paints used to make their dials glow in the dark, and the research sought to establish how harmful it could be. Kingston University's Professor of Environmental Geoscience Gavin Gillmore and Dr Robin Crockett, from the University of Northampton, tested a collection of 30 antique, radium-dial watches which were found to collectively emit radon concentrations 134 times greater than the United Kingdom's recommended safe level when kept in a space the size of a typical boxroom.

In addition, three of the watches in poor condition each gave rise to individual concentrations of radon – when kept in the same poorly ventilated room – well in excess of the threshold where Public Health England would recommend remediation.

The levels recorded were high enough to be dangerous even in much larger spaces, such as whole houses, according to Professor Gillmore, an environmental hazards expert who is the University's Head of Energy. "These watches are often precious heirlooms with sentimental value, or highly prized collectors' items," he said. "To minimise the risk, I would recommend people not wear them – and if stored in a box, to not remove the lid indoors. Instead, it would be better to take the box outside and remove the lid there, which would allow any built-up gas to rapidly dissipate."

Due to the age and condition of many of the timepieces in the study, opening them up without taking appropriate precautions was not recommended, he added. "Loose paint fragments will contain radium particles which could be ingested," he said. "As this is a strong alpha emitter there is a potentially serious health risk for those who do this."

Radon is a colourless and odourless radioactive gas, formed by the radioactive decay of small amounts of uranium that occurs naturally in all rocks and soils. It often seeps in to homes where it can then reach dangerous levels. In the United Kingdom, radon is the second biggest cause of lung cancer deaths after smoking, with more than 1,100 fatalities every year.

The research team set out to examine potential sources of radon gas found within the home, with granite – as used in kitchen tops or door stops – a uranium glass dish, and an art deco-inspired Fiesta-ware ceramic teapot all found to be within safe levels. However, the dials on bedside clocks, compasses, and airplane instruments from the Second World War period would all be radioactive if manufactured using radioluminescent paint, Dr Crockett said.

"These results show that the radon emitted from individual watches can potentially pose a serious cancer risk," he said. "The watches tested were a mix of British, Swiss and American made items, manufactured between the 1920s and 1960s, but we know these sort of paints were used in to the 1970s. There are potentially millions of these watches in circulation."

A Swiss-made pocket watch gave an individual reading of more than 1,200 Bq/m3, while two of the wristwatches gave rise to hazardous radon concentrations in excess of 200 Bq/m3 each. The average radon level in UK homes amounts to 20 Bq/m3, which for most people is about half their total radiation exposure. Public Health England recommends that radon levels should be reduced in homes where the average is more than 200 Bq/m3, preferably to 100 Bq/m3 or less.

The study was published as part of a recently released volume from the Geological Society entitled Radon, Health and Natural Hazards – the culmination of a five year global project funded by UNESCO, the International Union of Geological Sciences, and the International Geoscience Programme. The initiative brought together scientists with an interest in radon from more than 20 European countries, the Americas, Asia and the Middle East.