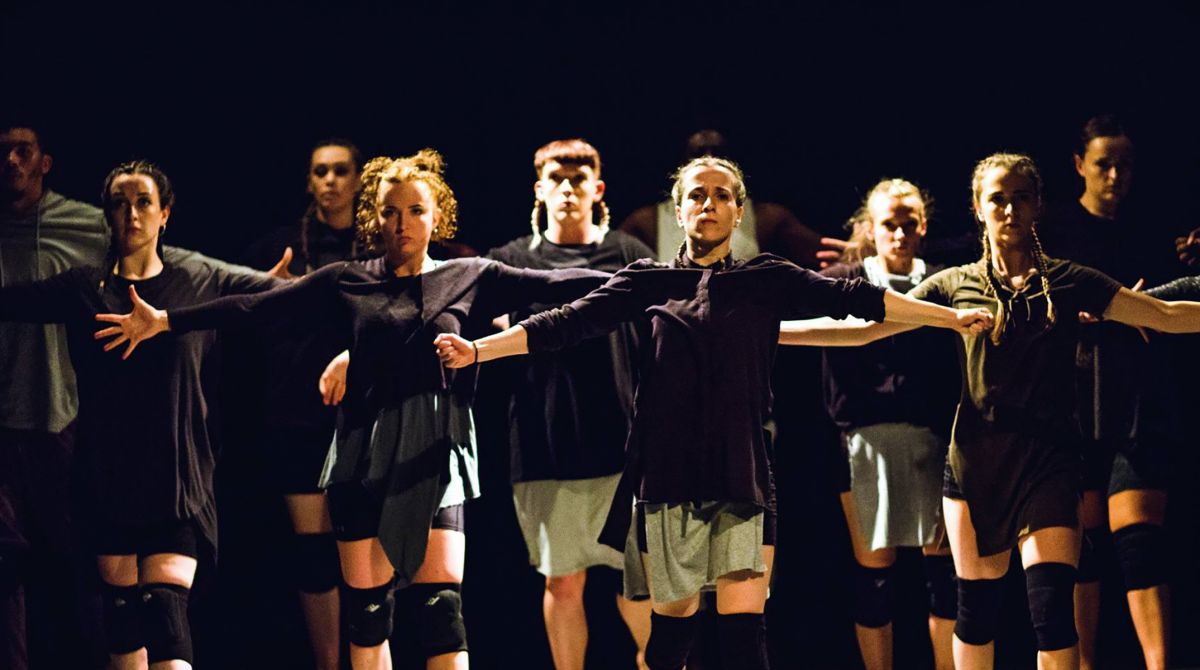 Current Kingston University performing arts students and alumni will be performing at venues across the town during the annual International Youth Arts Festival.

The impact of mental health on relationships, issues plaguing working class society and how people deal with conflict are some of the topics Kingston University performing arts students are shining a light on as the borough hosts the 10th anniversary of the International Youth Arts Festival (IYAF).

Taking place in venues across Kingston upon Thames, the annual showcase will host more than 200 events across 10 days from Friday 6 to Sunday 15 July, encompassing music, dance, theatre, visual art, comedy, carnival, circus and workshops and providing a platform for rising stars and established performers from across the globe.

This year, a number of current performing arts students and alumni will be taking part, performing at venues including the Rose Theatre, Arthur Cotterell Theatre (ACT) and the  University's Reg Bailey Theatre.

Kingston University has been a key partner in the festival since its inception and Louise Coles, chief executive of Creative Youth – the charity behind the event – said it was important that talented young performers studying in the area were given the opportunity to be involved.

"By taking part in our artistic programme, Kingston University students can get help developing their potential careers in the arts," she said. "The festival also benefits significantly from such students' involvement as they contribute to enriching other participants' experiences as well as representing the local artistic community."

One of the festival's acts is What is Written, a dance company made up of Kingston University graduates, who will be performing Art of Conflict at the Arthur Cotterell Theatre. The dramatic montage of short stories set in gritty inner city London explores the human condition and its relationship with conflict. 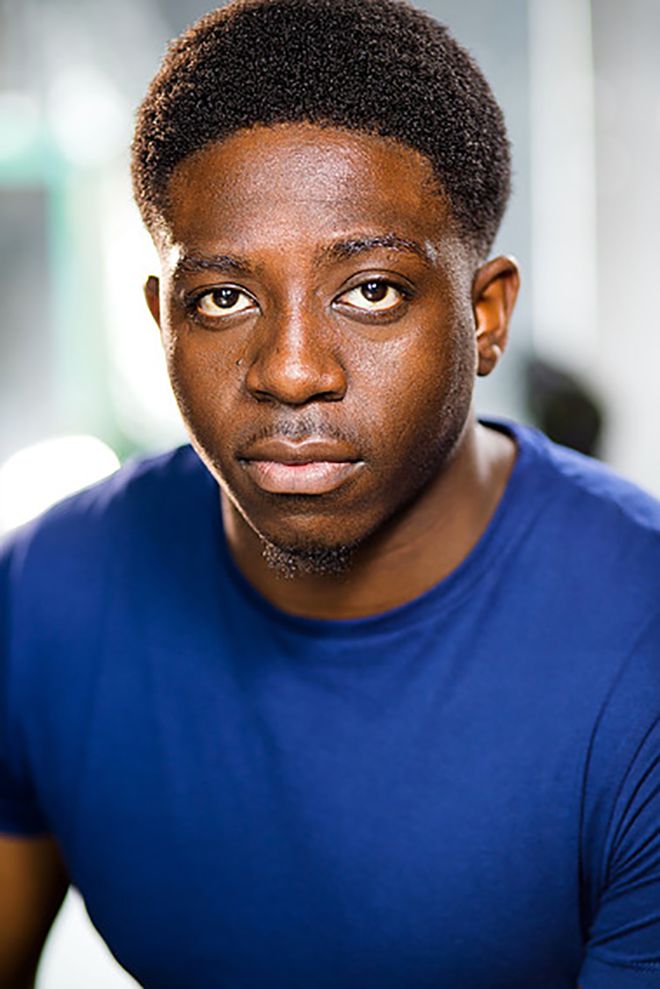 Kingston University alumn Jean Pierre is co-choreographer at What is Written dance companyJean Pierre Nyamangunda, who formed the dance company in 2014 with co-choreographer Viviana Rocha during his final year at Kingston University, explained how the performance – which is made up of hip hop and contemporary styles – intends to both pose questions and provide answers around how people deal with conflict, from disagreements to all-out war. Having already performed nationally and in Europe, Jean Pierre said taking part in IYAF was important to him and Viviana.

"Everything that IYAF is and represents, speaks to us because we are a young, emerging company and it provides us with a professional platform to showcase our work," he said. "We think it's important to build a performing arts base in the area where we learned our skills and for people to know the integral role the University plays in the arts here and to be involved in it."

Despite graduating two years ago, Jean Pierre said he was keen to ensure current and former students took part in the performance – and also in helping develop it – as a way of showing his gratitude to the institution.

"Kingston University dance department has continued to support us in our projects – such as giving us studio space or mentorship – and it's our way of giving back. We want to give current students as much training and professional experience as we can to prepare them for what life is like in the industry."

Second year Kingston University drama student Charlie Issacs is making his directorial debut, alongside fellow student Jed Mcloughlin, with their interpretation of Russian playwright Max Gorky's 1901-1902 play The Lower Depths, which they've set in Britain and focuses on the growing divisions between the classes.

Charlie, who said they chose the play because its themes resonated more than ever today, employed ten Kingston University drama students to perform the piece. He explained that IYAF offered an unmissable opportunity to collaborate and share ideas with other people from outside of the University who wanted to work in the arts, or who were already gaining experience in the industry.

"It's comforting to be part of the festival as you're surrounded by like-minded people," he said. "There was a gathering for all the directors and it was a good opportunity to talk to others in the industry and network, which is very helpful for people like me as I can be quite nervous."

In addition to being involved in a variety of performances as part of the festival's 10th anniversary, Kingston University is also hosting a two day workshop offering practical advice to young people who want to forge a career in the arts.

Taking place at the University's Reg Bailey Theatre, So you want to work in the arts? is curated by Young Creatives, a seven-strong panel of emerging artists put together by Creative Youth, which includes final year drama and film student Splash Morales.

Splash, who is also performing in two other productions during the ten-day festival – including a one-woman show exploring the effect ADHD has on her relationship with her mother – and a piece called Red Light which follows the lives of six female London sex workers as they fight against legislation which claims to protect them.

While relishing the prospect of being on stage as part of the festival, the opportunity to share the experiences of writing, directing and performing with other young people was equally as important to her, Splash said.

"Our main job as a Young Creative is to keep creating platforms for emerging artists -the workshop includes advices from industry professionals and we hope to help young artists overcome the challenges to start their own work, which is why I'm really excited to be part of this event." 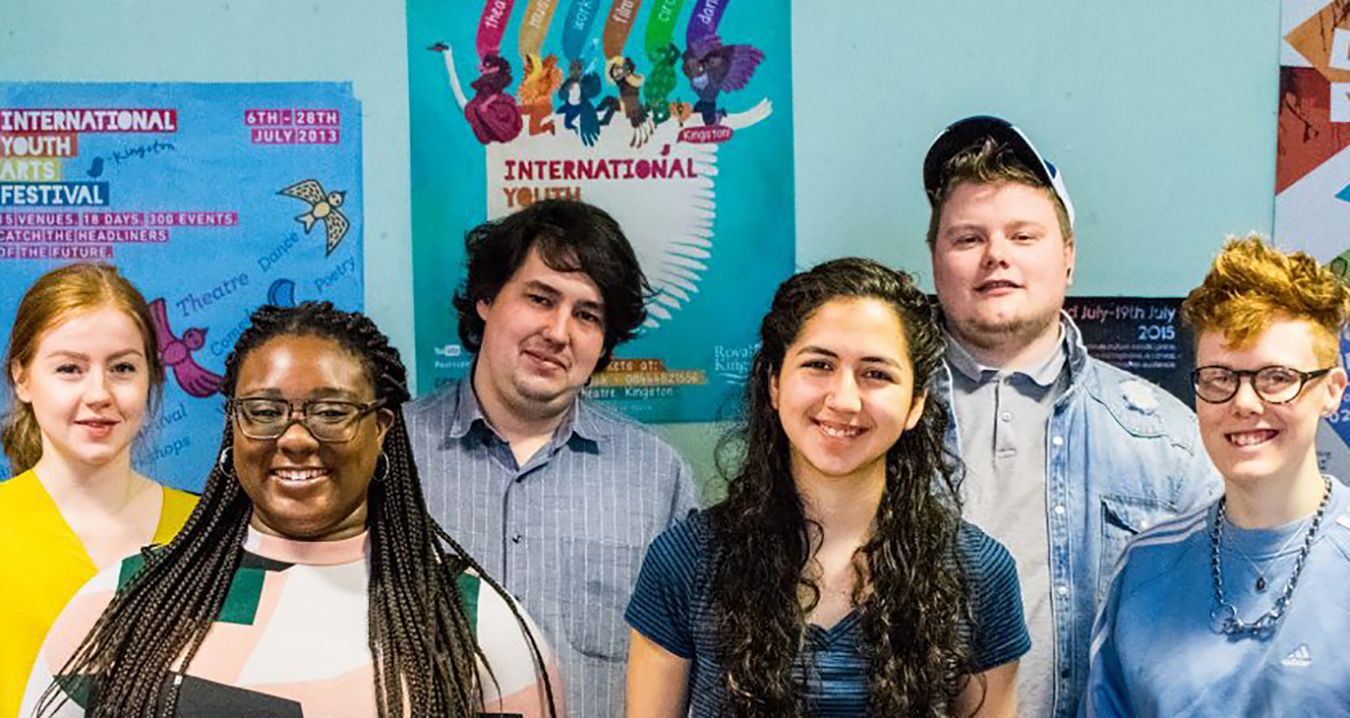 Kingston University final year drama and dance student Splash Morales (third from right) is one of the Young Creatives.