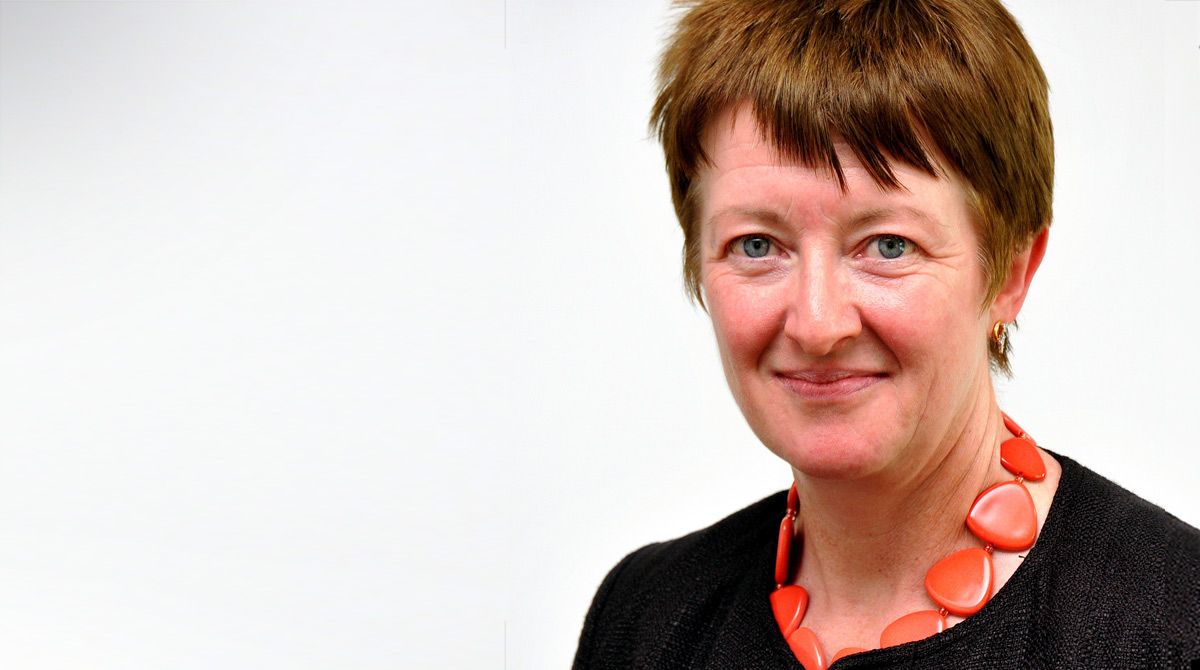 An eminent business management expert and academic leader has been appointed Dean of Kingston University's new Faculty of Business and Social Sciences. Professor Jill Schofield joins the University as Dean and Pro Vice-Chancellor on 13 August.

Educated at St Anne's College, Oxford and Manchester University, Professor Schofield completed her postgraduate studies at Manchester Business School, while working as a national administration trainee in the NHS. She subsequently spent 10 years in healthcare management, both in the NHS and as the national operations manager for BUPA Hospitals.

Her first foray in to academia saw her join Aston Business School at Aston University in Birmingham in 1990 as a full-time teaching fellow, during which time she completed a PhD studying under Professor Ray Loveridge focusing on Implementation Theory in the NHS and how people learn, or fail to do so, when putting new public policy initiatives in to place. "I was fascinated by the theoretical explanations for what makes things happen and that reinforced the knowledge and experience I had gained working in the public and private sector," she recalled. She went on to teach on many of Aston's postgraduate programmes and its highly respected MBA, as well as boosting her research credentials as a member of its Public Services Management Group.

In 2005, her career took her north of the border when she was appointed to the Somers Chair of Healthcare Management at the University of Edinburgh, where she was based in its Business School. During that time, she also served as Director of Research for its then joint Schools of Business and Economics and worked closely with its Medical School.

Professor Schofield's first tenure as a Dean came in June 2012, when she took the helm at the University of York Management School. Under her guidance, what was then one of the institution's younger schools developed a substantial pool of research expertise, earning widespread acclaim for advances in critical management and broadening its portfolio to encompass actuarial science.

The recipient of numerous awards and grants during a prolific research career, Professor Schofield's most recent projects have included a study of professional partnerships in healthcare and the management and effectiveness of healthcare networks. Another has addressed the research information needs of healthcare managers and the implementation of e-prescribing.

Her expertise has been much in demand, both on a national and global level. She has advised on numerous capital investment projects for health and social care, as well as sharing her knowledge in the development of public private partnerships and private finance initiatives for education and health facilities. Her work overseas has seen her help shape and influence policy and practice as far afield as Canada, Thailand, South Korea and China. She has also been heavily involved in management development of top teams for clients such as Biffa, Balfour Beatty, Hoechst Chemicals, Tarmac and numerous public service organisations.

Professor Schofield said becoming part of the leadership community at Kingston had appealed to her for a number of reasons. "I thrive in an environment in which I'm bringing people together to build or develop something new and achieve positive results both for an institution and, most especially, for its students," she said.

"Kingston University's wonderful mix of students and its emphasis on creativity and innovation are also really inspiring. My new role presents enormous opportunities for interdisciplinary work to position Kingston at the forefront of cutting edge developments in the social sciences and business. I'm incredibly excited about the possibility for collaborations making the most of the University's internationally-recognised expertise in design thinking, right through to the wealth of potential offered by its joint partnership in health and social care education with St George's, University of London.

Vice-Chancellor Professor Steven Spier said he was delighted to be able to welcome such a distinguished researcher, teacher and innovator as Professor Schofield to Kingston University's senior management team and leadership community. "Professor Schofield's considerable influence and experience of working at senior levels across a broad range of subject areas together with her commitment to interdisciplinary education and knowledge sharing, embody the very attributes we are committed to instilling at the heart of the University's new Faculty of Business and Social Sciences," he added.