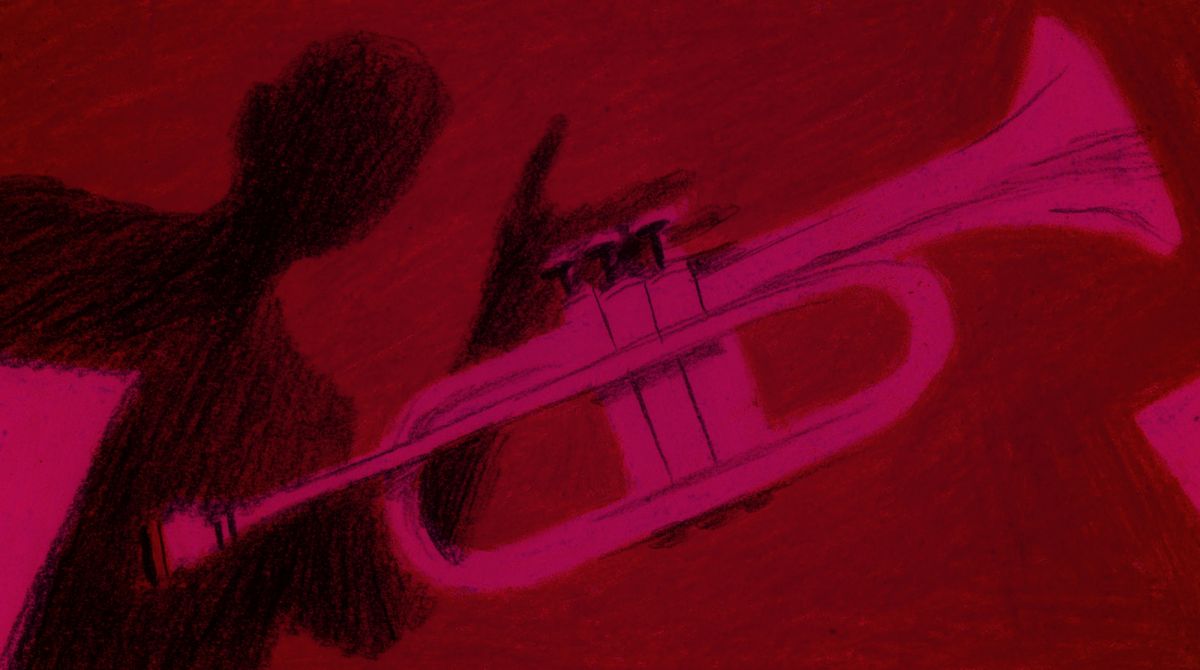 The role brass band music played in the response to traumatic events in New Orleans and Yorkshire has been explored in a striking new animated film by a Kingston School of Art student.

Matt Armitage's three-minute creation draws parallels between the cultural reaction to natural and social disasters that rocked two communities 4,500 miles apart following Hurricane Katrina in 2005 and the mine closures of the 1980s.

Made up of thousands of sketches drawn on to a tablet before being traced over with chalk pastel to create the distinctive style of the piece, Matt's film, titled ‘Brass', moves back and forward through time, creating a clear narrative that explores each community's relationship with its music. "Even though they use the same instruments, brass music is completely different in both places," the 22 year old said. "The film looks at the culture of brass music as a response to disaster and examines how the music and surrounding communities have reacted."

Growing up in West Yorkshire, the Illustration Animation BA(Hons) studied the euphonium from the age of eight, achieving a very high level of proficiency and playing in esteemed ensembles including the Grimethorpe Youth Brass Band and Knottingley Concert Brass Band. "I think brass band music has to be infused with, or driven by passion, just like art," Matt explained.

"There is a certain grit to brass banding - it's the driving force behind cultures and communities," he said. "I came up with the phrase ‘where there's muck there's brass', the idea that brass tends to be found around these close-knit communities and that a lot of the associated symbolism is heavily political." 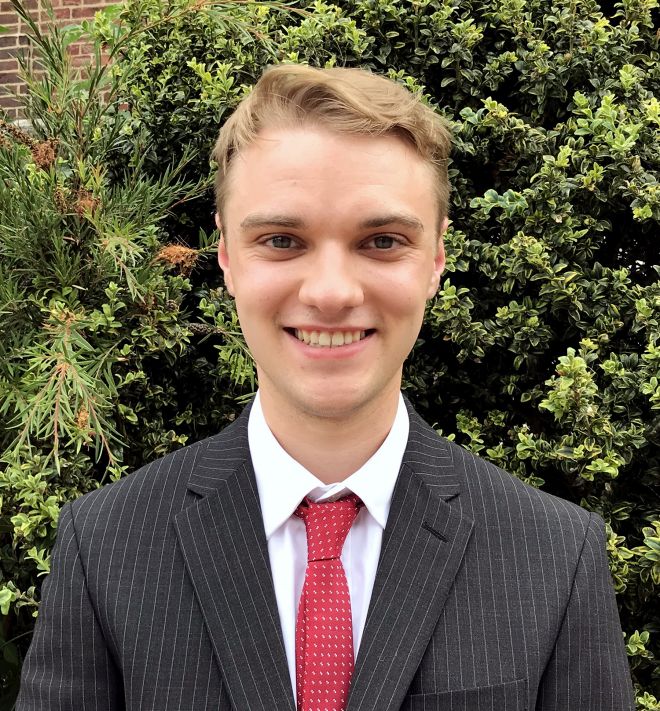 Matt Armitage drew inspiration from playing in brass bands before he came to university and is an accomplished euphonium player.Within the film, colour represents geographical locations with warm reds, passionate pinks and dramatic purples showcasing New Orleans while earthy greens and murky yellows allude to the mining communities of Yorkshire.

One particularly striking image from the film sees a young person in New Orleans reaching into a pool formed from the stormy water that has wrought so much destruction to pick out a trumpet. "It is my film summed up in a few seconds, the idea that music is being used as an escape from the disaster and people are literally picking it up from the damage. It's like a re-birth, they resolve to carry on revealing a way forward and a sense of hope," Matt said.

The film also explores Matt's own relationship with brass band music. "I fell out of love with brass banding as it became more pressurised in presentation. The quest for musical perfection removed the soul from the performance and the excitement was lost - both from the musicians and the audience," he said.

Having laid down his instrument while studying, working on the film has now re-ignited Matt's passion for brass. "I still have an appetite for it, I'd like to try and find something closer to a New Orleans type of band, something a bit more energetic," he said. "I don't want to worry about concerts and sheet music anymore - I want to enjoy music in a less restrictive, more relaxed way. It's sad to see that brass bands are dwindling in Yorkshire but there may be a brass revival just around the corner - the hope is in the music."

Course Leader for BA Illustration Animation Rachel Gannon said Matt's animation was a great example of how students on the course used their work to highlight socio-political issues they wanted to explore, explain and reveal to their audiences. "Matt makes very sophisticated use of editing in his work to show the similarities and differences between the two communities," she said. "'Brass' uses some of the language of documentary making while demonstrating the possibilities that animation brings to the genre."