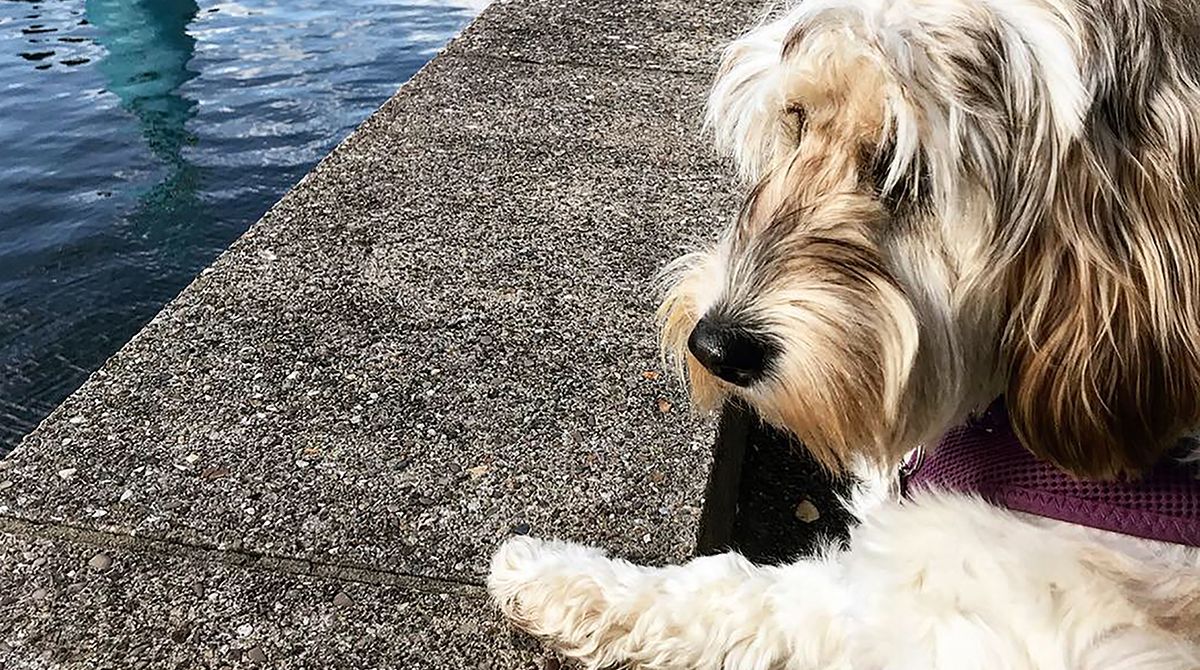 Older people who own pets fall asleep more easily and feel consistently more positive about their local environment than those who don't have animals, according to research from Kingston University and St George's, University of London. Health and wellbeing expert Gill Mein and statistician Robert Grant from the department of rehabilitation sciences also found older pet owners take considerably more mild and moderate exercise than those without pets.

Their investigation formed part of the Whitehall II study, which began in 1985 and involved more than 10,000 civil servants working across 20 departments in London. Ms Mein was in charge of the retirement element of the study, which examined the links between retirement and health.

"We suspected that owning a pet may have some health benefits, so we decided to investigate this as part of our research," Ms Mein, senior lecturer in health and wellbeing at Kingston and St George's Faculty of Health, Social Care and Education,  said.

"We found that as study participants were getting older, many of the questions in the biennial questionnaire to participants were becoming increasingly negative - about illness, loneliness, depression. From my interviews, I had noticed many people were very involved with their pets as they came into retirement and felt very positive about them, so we decided to include some questions about pet ownership to give people something positive to talk about and to investigate any links with health variables," Ms Mein explained.

The study found that two in every seven people (27 per cent of participants) owned a pet. Of the 1,929 pet owners, 18 per cent owned cats, 11 per cent owned dogs and four per cent owned fish. The remainder kept birds, rabbits, tortoises, horses, guinea pigs, chickens and hamsters.

Ms Mein highlighted the findings related to pet owners' sleep and their relationship with their local environment as particularly interesting.

"The fact that older people with pets fell asleep more easily than those without could be linked to the increased mild and moderate exercise we saw in this group, and particularly among dog owners," Ms Mein said.

"The other element I found fascinating was that people with pets felt happier about their local environment. If you walk around your neighbourhood, you feel more comfortable about it - it isn't necessarily as hostile as it could be if you mainly travel in a car or use public transport as you know it a bit better, it's more familiar."

Ms Mein, who has two cats herself, shared that while pets seemed to have some positive benefits for many of their owners as they got older, the animals didn't always make her life as a researcher any easier. "I interviewed a lady who had a parrot - every time I asked her something, the parrot repeated it, so you can hardly hear anything she says on the recording," Ms Mein said.

The importance owners placed on their pets was emphasised for Ms Mein during one interview with a male study participant. When asked what had happened in the five years since she last spoke to him, he told her his dog had died - but failed to mention that he had also had two new grandchildren.

Statistician Robert Grant explained that he and Ms Mein had set out with a series of hypotheses to investigate around how pet ownership impacted on people's lives as they got older.

"The study was exploratory in nature, so we went looking for connections between the people's attributes, their pets and their health," Mr Grant explained. "While those who took part in the Whitehall II study are not entirely representative of the population of retired people in Britain, the findings are still significant and reveal some interesting benefits to pet ownership for certain older people. The sleep and neighbourhood perceptions are the really new aspects that haven't been looked at before," Mr Grant added.