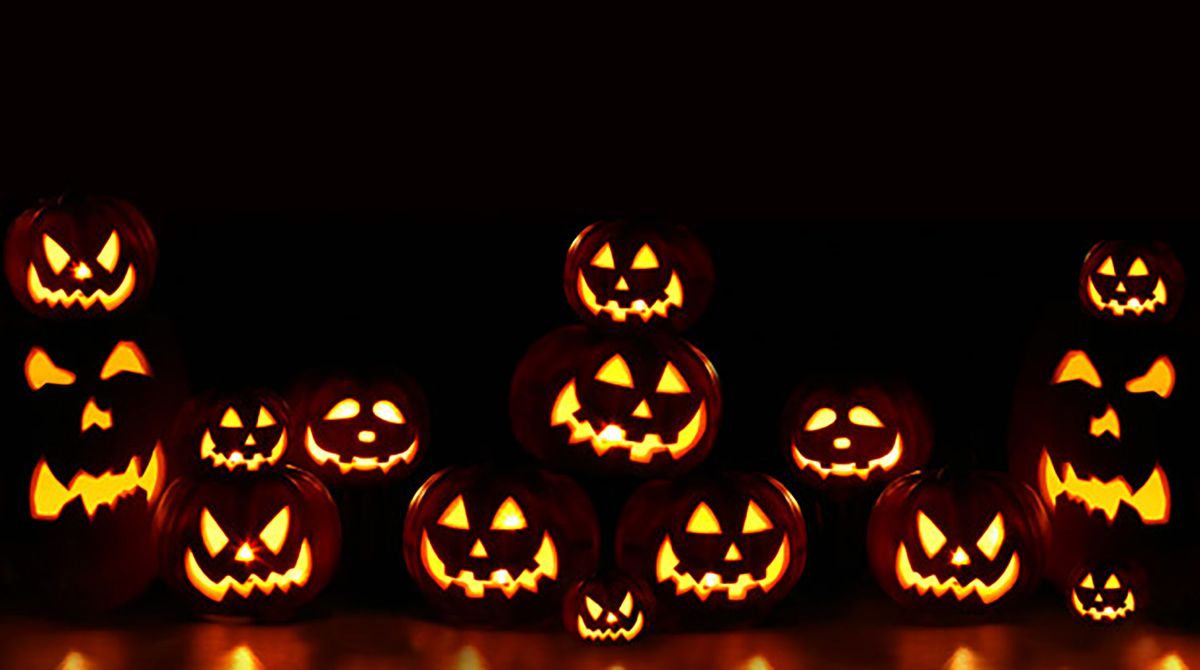 Film and television expert Dr Simon Brown specialises in horror and the work of Stephen King. He revealed his top five Netflix horrors to get your teeth into.

1. Calibre (2018)
The film begins with two friends, father-to-be Vaughan and thrill-seeker Marcus, travelling from Edinburgh to the Highlands of Scotland to hunt deer. They arrive in a small village and head to the pub - where they meet the local villagers. Gripping and original, Calibre is a tense, effective thriller that ratchets up the tension through a taut, logical sequence of cause and effect that tips gradually over into the arena of nightmares.

2. The Haunting of Hill House (2018)
Settle down for ten hours of the finest horror drama in decades. It reimagines characters from Shirley Jackson's seminal novel The Haunting of Hill House as members of the Crain family, who lived in the house for a summer, leaving under mysterious and terrifying circumstances. Treat yourself, because this series will be talked about as a masterpiece of TV horror for years to come.

3. The Alienist (2018)
The film tells the story of the pursuit of a serial killer in New York by a group of amateur investigators led by the mysterious Dr Lazlo Kreizler - called in to use his understanding of the human psyche to help the corrupt New York police force find a brutal killer.The series has a plot that twists and turns, never fully revealing itself until the precise moment it needs to.

4. 1922 (2017)
Stephen King is known as the master of horror, but there's far more to King than scares. Nebraska farmer Wilfred James (Thomas Jane) narrates the story of how he murdered his wife - from this basic premise develops a tense drama focusing on the investigation into the disappearance and the consequences of the murder for both James and his son.

5. Santa Clarita Diet (2017)
Suburban couple Sheila and Joe Hammond are real estate agents whose lives are turned upside down when Sheila turns into a zombie. Think of legendary British horror comedy Shaun of the Dead and you're in the right ballpark. A strong, gutsy comedy with a strong message about non-conformity and being yourself, Santa Clarita Diet is an absolute delight.

1. Ann Radcliffe, The Mysteries of Udolpho (1794)
Not for the faint-hearted! The most influential Gothic romance provides the template for the genre: orphan heroines lost in the wilderness and chased through dungeons and ruined castles; disturbing family secrets; dark, malevolent villains and all sorts of ghostly imaginings.

2. M. G. Lewis, The Monk (1796)
Terrible deeds in monastery dungeons: evil monks, devilry, incest, death, transvestism and the walking corpse of a nun. No wonder reviewers of the time were appalled - and it was written by an MP too.

3. Mary Shelley, Frankenstein (1818)
Shelley's 'hideous progeny' has gone through many reincarnations over two hundred years. Turning magic into science, and spectres into animated body parts, the novel marked a new departure: a tale of Romantic ambition imbued with ideas from its revolutionary times.

4. Bram Stoker, Dracula (1897)
Sharp of canine, but not long in tooth, Dracula brings sex and violence to the centre of late nineteenth-century England with a shape-shifting aristocrat infecting all that was held dear that was Victorian life.

5. S. G. Browne, Breathers (2009)
In this reworking of walking dead tales, zombies have moved to California. They are now called the 'spontaneously resurrected' and are looking for social acceptance, friendship and even a little bit of lurve. Thankfully, not even large doses of counselling, therapy and self-help can keep their most basic instinct at bay for long. Ummm ... human flesh.

Senior lecturer in media Colette Balmain is an expert in East Asian Gothic horror - a genre embraced by KPOP, the Korean musical phenomenon that is sweeping the globe courtesy of bands like BTS. She's given us her take on the most horrifying KPOP music videos.

1. SHINee ­- Married to the Music (2015)
Married to the Music doesn't sound like an obvious choice to include in this list. However, the clever juxtaposition of music and image creates a creepy vibe perfect for playing at the Witching hour on the 31st October. Surrealistic in its imagery, it draws on the tropes and conventions of horror including dismembered singing heads, exploding eyeballs and disembodied hands.

2. Dreamcatcher - Chase Me (2017)
Since they debuted on 13th January 2017, the girl group has made their mark on the KPOP scene by their total embrace of the dark concept; no aegyo (cuteness) to be found here. Dreamcatcher embrace their sexuality reconfiguring their status as fetishized object of [male] desire. The male pursuer is condemned to roam aimlessly down endless corridors, trapped by his desire, while Dreamcatcher inhabit open spaces signifying freedom from constraint.

3. VIXX - Hyde (2013)
If Dreamcatcher are the mistresses of the dark concept, then VIXX are the masters of it. Hyde, with its implicit references to Robert Louis Stevenson's The Strange Case of Jekyll and Hyde (1886) draws on the gothic doppelganger motif through the contrast between light and dark, the self-split between the mannerly Jekyll and the animalistic Hyde.

4. Lee Jung Hyun - V (2013)
Directed by Park Chan-wook, V contains multiple references to gothic horror media. The opening shot where a man (Jin Goo) finds himself in the middle of nowhere, having crashed his car, with only the only light coming from a foreboding and fog shrouded mansion in the distance. This is not only reminiscent of many vampire films but also the opening to The Rocky Horror Picture Show (1975).

5. RM - Forever Rain (2018)
Perhaps the least obvious music video on this list, RM's Forever Rain offers a different type of gothic: understated and sublime exploring the zones of liminality inhabited by KPOP idols, and the possible freedoms that such liminality offers.