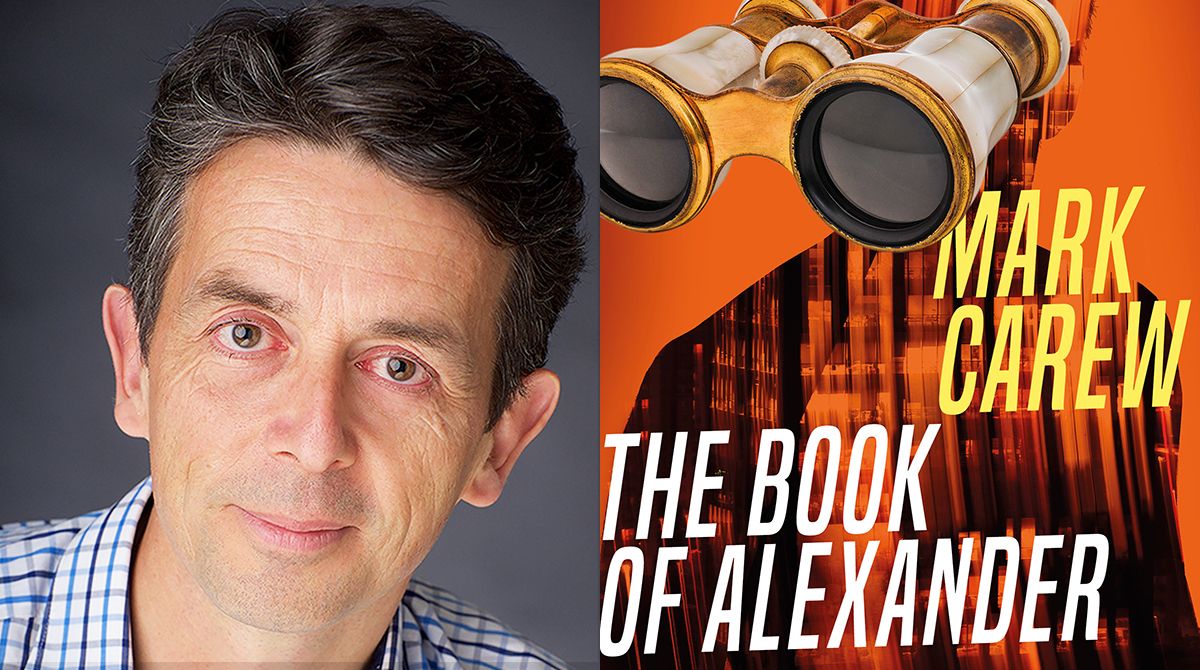 Mark Carew's novel The Book of Alexander has just been published by Salt Publishing.

A Kingston University Associate Professor who uses interactive stories and computer simulations to teach cell biology and physiology, has just had his first novel published.

Dr Mark Carew's novel, The Book of Alexander, was published by Salt Publishing and has been described as a post-modern puzzle about self and identity.

The protagonist Alexander embarks on an experiment to find out who he is by writing a book from the perspective of watching a detective. The story covers Alexander's relationships with two women – Penny and Melanie – and covers a range of topics from the big questions on religion, God and beauty to such smaller concerns as how mirrors lie and the ordinary nuances between couples.

Shiny New Books – a respected independent recommendations website covering books from both large and small publishers – favourably reviewed the debut novel. "The Book of Alexander was an interesting novel, very much a thought experiment in fictional form," they noted. "We're always wondering about the detective as much as his quarry and this makes for a rather mysterious read, another very enjoyable debut from Salt."

Mark Carew was born in Wales and brought up near Sudbury, Suffolk. He studied Biochemistry at King's College, London, and received a PhD in Cell Physiology from Cambridge in 1995. After post doctorates in Cambridge and North Carolina, he worked as a medical writer before joining Kingston University.

Dr Carew uses storytelling while lecturing and said he'd always been keen to make learning active and to challenge students to think about a topic.

"The interactive stories I work through with the students are role play simulations of carrying out science activities while playing the part of a scientist or a doctor, developing a drug or diagnosing a patient," he explained. "I've been amazed by how students have engaged with the workshops themselves but my main intention is for them to play the stories out of class and really explore the subjects."

Fellow Associate Professor and Kingston University publishing expert Dr Alison Baverstock was quick to praise The Book of Alexander. "It is Raymond Chandler meets Maurice Sendac," she said. "A private investigator develops his latest assignment into a more complex exploration of the exterior and interior worlds of his ‘watch'. Mark Carew's book is mysterious yet understated and the reader cannot but stick with him as the intrigue develops – exquisite."

Dr Baverstock said that being published by Salt Publishing was in itself an achievement. "Although at 15 years old Salt is relatively new in publishing terms it is highly respected and two of its novels have appeared on the Booker Prize short list," she added.

Dr Carew has already had collections of short stories published both in print and online in literary magazines but this is his first published novel. He is already working on his second, to be titled 'Magnus', which is due to be published by Salt next year. "It's been said that the mind is a safe simulator of what-if scenarios, and I think that's why I like writing so much - you can make a new world and report back on it," he said.

The Book of Alexander is available to buy from Salt Publishing or Amazon.