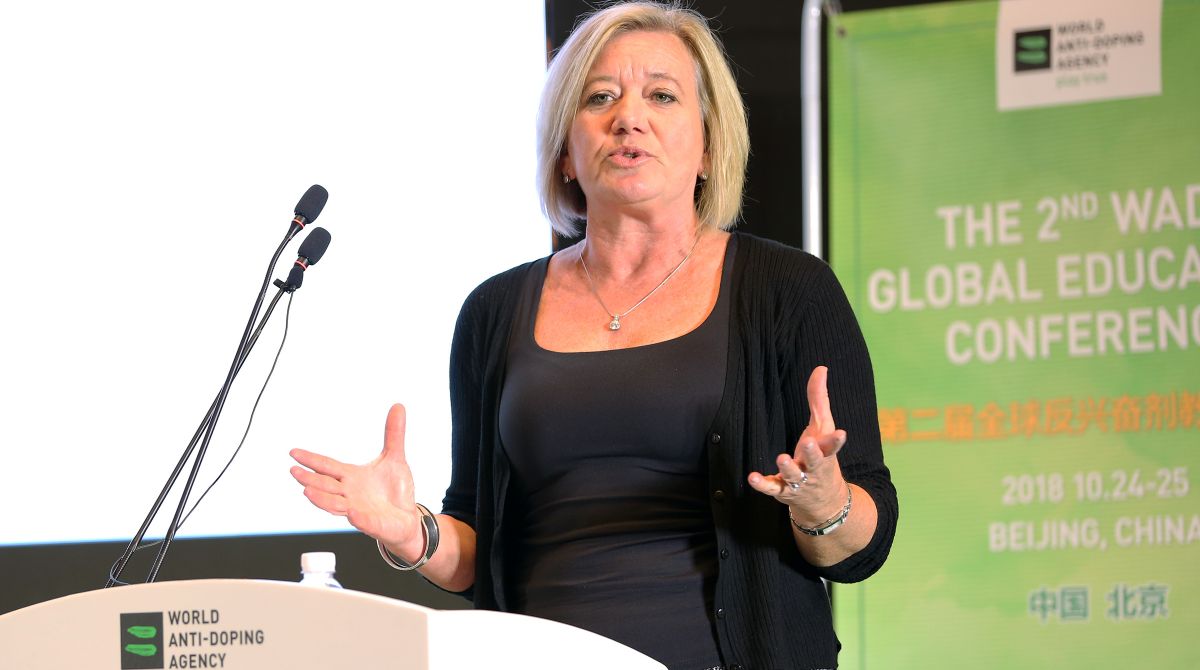 The assumption most athletes would dope unless stopped should be abandoned, with the focus of anti-doping education shifting towards a more positive, values-based approach, according to a Kingston University public health expert.

Professor Andrea Petroczi outlined the importance of ensuring this education was provided in a way that enabled and supported athletes to compete clean after speaking at the second World Anti-Doping Agency (WADA) Global Education Conference in Beijing, where she reflected on athletes own views around clean sport.

Changing the tone around anti-doping education was vital to move towards a more athlete-centred approach, she said. "I've been advocating for some time that we need to get away from the idea that education is there to stop athletes doping. In fact, what our research has found is that the majority of athletes want to compete clean," she explained.

"We have testing as a deterrent, sanctioning as a deterrent. We have to tell athletes it's bad for their health and that doping is unethical. However, it is not right to assume everyone involved in competitive sport would dope simply because the temptation is there. In fact, for many, doping is not a temptation but a source of stress they have to cope with on a daily basis."

The anti-doping expert also outlined her belief that there were two distinct elements of athlete education which should be viewed – and delivered – separately.

"There is the rules and regulations side of education, which is based around what athletes can and cannot do, and this can be delivered by anti-doping organisations when warranted, as they enforce the rules so are best placed to do so," she explained. "This also includes the ethical and health reasons for the rules, which can help build and support legitimacy. But if we start talking about instilling values, teaching the skills to make informed decisions, then this is a much longer process that should start earlier and requires a concerted effort."

The point of values-based education was to develop, transform and enable the athlete, Professor Petroczi said – adding that it needed to be delivered by educators the athlete saw as being on their side, rather than from those policing the sport.

"Both elements are equally important but serve different purposes and we have to look at who is best positioned and equipped to provide that education," she added. "Once a promising young athlete has been identified through athlete development programmes, values-based education could, and should, become part of that training – which, in my view, should be delivered by sports organisations responsible for athlete development, rather than the anti-doping agencies."

Such education could even be brought in through the school system and wider society, Professor Petroczi said. "It's all about being taught how to make decisions in the right way, being able to cope with stress and pressure, which is not sport-specific necessarily. This type of education has just as much relevance to decision making around other aspects of life, such as recreational drug use, as it does with athletes choosing whether to dope or not."

Following the conference, Professor Petroczi said WADA's new International Standard for Education, which is currently being developed, was an opportunity to create a holistic yet clearly defined framework for anti-doping education.

The global body said the new education standard would elevate the status of education to include a requirement for anti-doping organisations to deliver effective education programmes. It will clarify the definitions of education, information and prevention as well as define roles and responsibilities of stakeholders and emphasise the need to plan, evaluate and implement education programmes effectively.

Professor Petroczi was one of several leading researchers and clean sport advocates speaking at the international event last month, which brought together 175 anti-doping practitioners, stakeholders and researchers from more than 70 countries.