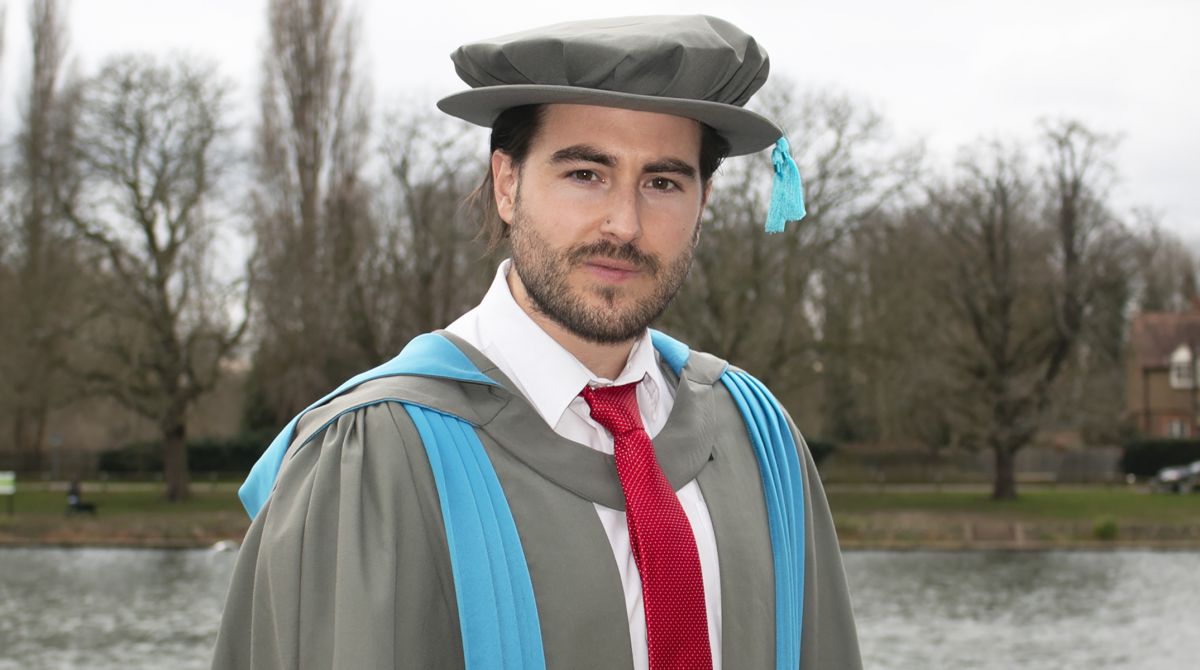 Former student Dr Jack-James Marlow is hoping to play a key role in the United Kingdom's return to space after 10 years at Kingston University.

His quest for knowledge propelled him on to complete a PhD in 2017. After a subsequent stint at Kingston as a postdoctoral researcher, the 30 year old is now taking everything he learned at the University in to his work in the industry. As head of propulsion group at the space firm, Dr Marlow is now responsible for both the construction and testing of engines in the United Kingdom. He is currently overseeing and managing a test campaign of the company's 3.5kN LEO engine, which is set to be used for the upper stage of its orbital launch vehicle.

"Skyrora wants to be Britain's first small satellite launcher and being at the forefront of returning Britain to space is just a dream come true for me," Dr Marlow, who also took on a lecturing role during his time at the University, said.

"When I was growing up I knew I wanted to be some kind of scientist – I remember just wanting to do something where I would be wearing a lab coat. No one in my family had been to university, so higher education was a pipedream for me at the time and I didn't have any advice or experience behind me. When I started at Kingston University, my world changed. I was surrounded by academic and support staff who inspired and pushed me to achieve."

During his degree, Dr Marlow realised his passion lay in propulsion. He went on to develop a new type of rocket engine using a double vortex that could significantly cut launch costs in the future as part of his PhD in astronautical engineering and postdoctoral research. The work was made possible by the development of a new rocket laboratory at the University's Roehampton Vale campus – something Dr Marlow was heavily involved in establishing. He also shared his passion with school pupils as a student ambassador as part of the University's outreach activities.

"Britain's rocket programme played a big part in the space race of the 1960s, but a lot of that knowledge and expertise was lost in subsequent decades," he said. "It's now an expanding sector again and the development of the rocket lab and my research proposal gave me an excellent opportunity to really be a part of that.

"One thing I always say to people is that Kingston invests in its students. I wanted to build a rocket lab and they supported me in that and I wouldn't be where I am today without the University."

Collecting his PhD and giving the vote of thanks at his recent graduation ceremony at the borough's Rose Theatre, Dr Marlow urged his fellow graduates not to forget life lessons from their time at university, encouraging them to keep learning and working hard to succeed throughout their careers.

"My 20 year old self would not recognise me today and I believe that would hold true for many of my fellow graduates – Kingston University has changed us all for the better," he said. "If a lad like me from Liverpool can achieve a PhD, then anyone can achieve their dreams."

Professor Andy Augousti, who worked closely with Dr Marlow throughout his time at the University, said the rocket scientist's single-minded determination and proactive nature shone through in everything he did. "Jack-James has had a strong, personal and sincere association with Kingston University which I'm sure he will carry with him throughout his career," he said. "Giving young people the self-belief and confidence to succeed is what Kingston is all about and Jack-James embodies those values.

"His research has the potential to make a real contribution to the country's space ambitions and is a great reflection of his personal characteristics as well as his talent. Jack-James is a star and we're all incredibly proud of him."