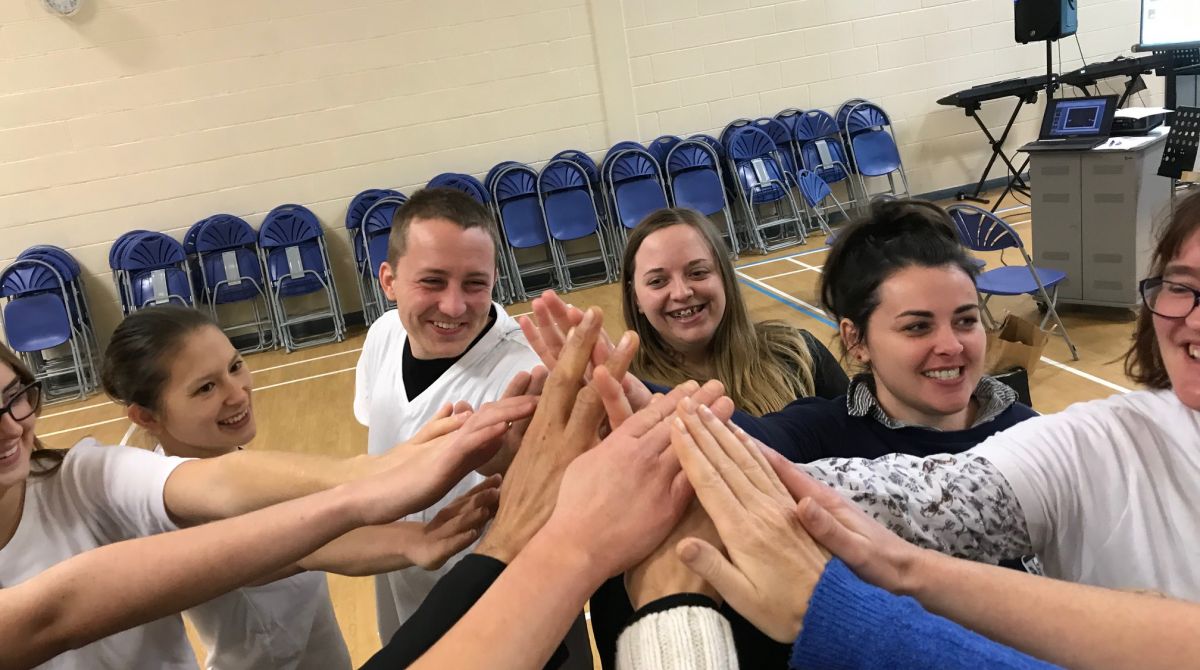 An award-winning project from Kingston University and St George's, University of London's School of Nursing is bringing together student nurses and young people with learning disabilities to help build trust, confidence and understanding through writing and performance.

Led by associate professor Theresa Nash, a buddy scheme is run in collaboration with St Philip's Special School in Chessington and StoryAID, a group that provides coaching on storytelling and wellbeing. It sees the University's third year nurses ‘buddy up' with year 11 pupils from the school to create and act out a story about the life of student nurses in the 1950s.

The project – which was named Teaching Innovation of the Year at the 2019 Student Nursing Times Awards last month – allows the students to develop their interpersonal skills and understanding of the needs of young people outside of a clinical setting, while also helping the school pupils increase their self-confidence and creativity and build greater trust in nurses, Ms Nash said.

"Our students have seen disability is something that should be celebrated and that people should not be defined by it. They have come out of the project really wanting to champion rights for all people and have been changing practice in their clinical settings to improve outcomes for people with learning disabilities," she said. 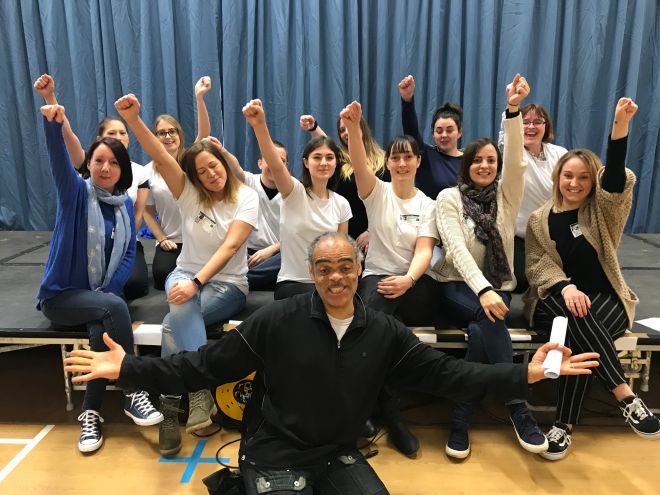 The scheme is part of the Heritage2Health Buddy programme developed within the Faculty of Health, Social Care and Education, run jointly by Kingston and St George's, University of London. Heritage2Health encourages partnerships between healthcare, education and the community to support vulnerable people who feel socially isolated.

A group of 20 adult, children's and learning disability student nurses from the University each teamed up with a pupil from St Philip's School to develop the play about the life of a historical nurse and how it compares with the present day, which was then performed to an audience of more than 200 people. It was the first time a class of pupils at the school had performed to teachers, their peers and parents.

Having the opportunity to work with young people through encouraging, enabling and facing their own fears of performance together provided a unique setting to learn more about the complex skills the profession requires, according to Carol Blues, who is in the third year of her learning disability nursing course.

"The experience of forming a strong working relationship with a teenager with learning disabilities in in a more familiar environment really helped us learn how to communicate and bond with each other. We don't have enough nurses in this field – a project like this can reach so many people and allow us to improve the outcomes for people with learning disabilities," the 52 year old from Lindford in Hampshire said. 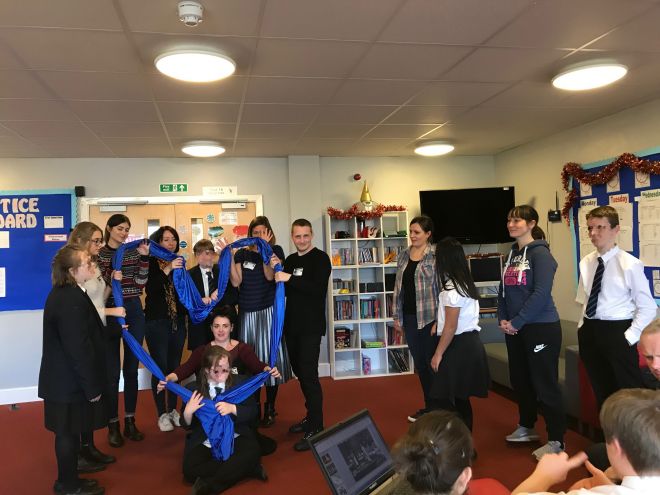 The year 11 pupils worked with Kingston's student nurses to put on a play about nursing in the 1950s.

Kingston's student nurses not only rehearsed the play with the pupils during eight workshops in the autumn, they also worked with them to create the props, narration and production, as well as helping pupils with the understanding of the story through in-classroom teaching.

The story, based on Ms Nash's mother, Helen, who was a student nurse in the 1950s, was created by Theresa  and dramatised by StoryAID's Eli Anderson so the buddy students and pupils, one of whom narrated despite being profoundly deaf, could understand the issues nurses in that era faced. "My role was to get them to access their emotions and understand the challenges in that period. The project has been so rewarding to be a part of and I hope it gets rolled out across the country," he said.

St Philip's School has now committed to expanding the buddy programme to its sixth form classes. This will allow more of the University's student nurses to take part in the scheme, which has been extended to include first and second year students as well as the University's teacher training students with Dr Paty Paliokosta from Kingston's School of Education.

Neil Mears, a teacher at St Philip's School, said his pupils often talk about the nursing students they worked with as buddies on the project. "It's been remarkable to see how Kingston University's students have managed to break down those barriers with our pupils and those fears young people have of working with nurses. It's brilliant to see how between them they have built a trust and bond in such a relatively short space of time," he said.

Following the project's success, those involved have been training around 100 of their fellow students including trainee teachers, in preparation for a community day organised by Heritage2health Buddies at National Trust property Ham House. The event, on Friday June 28, is designed to support vulnerable people who are socially isolated reconnect to community activities and is being supported by the public through a funding scheme.