Creativity, craft and intelligence on display at Kingston School of Art Degree Show 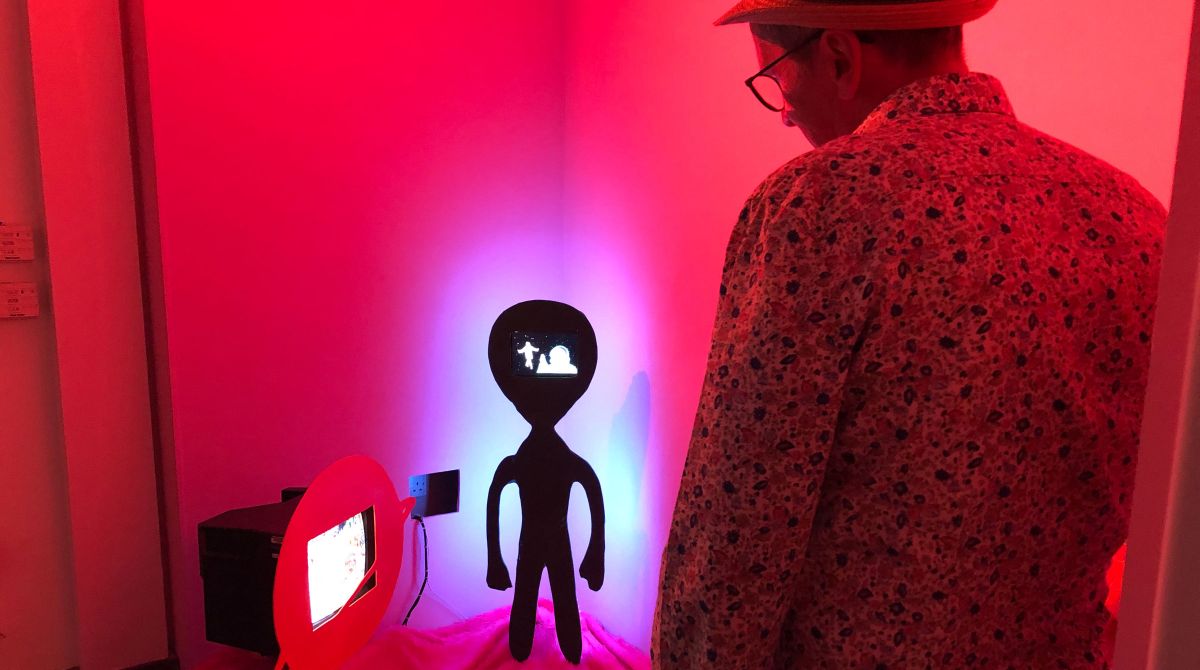 Data and privacy in the social media age, the burden of cultural representation and selfie-taking gym bunnies are just some of the inspirations behind artistic creations from students showcasing their work at the Kingston School of Art Degree Show.

Creative energy is reverberating around Kingston as young art, design and architecture undergraduate students prepare to reveal the fruits of their final year projects in a week long exhibition of their talent and potential.

Graphic design student Ian Nabong's final piece examines data harvesting and privacy in the age of social media. He took all of the data Facebook had collected from his profile - a four gigabyte file of almost a decade worth of likes, shares and friend requests - and printed the output on five fabric sheets measuring five metres long and two metres high. "The fabric evokes the idea of a tapestry," the 21 year old from the Philippines explained. "The story of an event would be immortalised in a woven record, displayed as an item of beauty and luxury. In today's context the idea is more individual - we all leave behind our data, even after we die no one is going to delete it."

Ian recommends people request the data collected by companies on their behaviour because, as he has found, it can lead to some interesting discoveries about how this information can be monetised by tech companies. "I was inspired by a documentary about how data is the new currency in the digital age and why services we use are free to use rather than sold," he explained. "Tech companies exchange data between one another. If Facebook knows you're interested in football and YouTube buys their data you'll receive targeted videos about football. Then if Amazon buys it they will recommend you buy books, replica shirts and sports equipment - the data follows you around the internet." 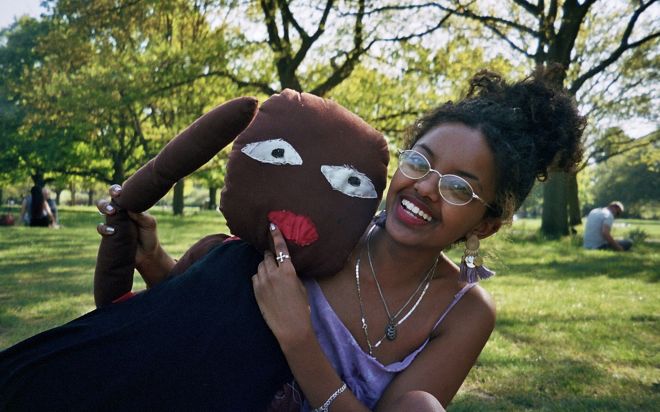 Manu Megkistou carried her artwork with her for seven weeks to highlight the burden of representation.Having more than 700 friends on Facebook, Ian was struck by the amount of friend requests he had rejected and the long list of interests the social media platform had amassed. "I want people to look at my piece and be amazed by the amount of data accumulated over the years - all of that information is going to live on servers somewhere forever. It's invasive and bizarre but also very interesting."

Fine art student Manu Megkistou has created a different representation of herself, constructed not from data but material - a rag doll called Mani. The piece involved elements of performance art as Manu took Mani everywhere she went during an seven week period. "She's a physical representation of me, she's exactly my height - she even wears the same colour lipstick as I do," she explained. "Carrying her is a literal symbol the burden of representation I feel as an artist. It's the expectation that as a person of colour my work should be based around my ethnicity, regardless of my own intentions, and I wanted to highlight this with my piece."

Manu was inspired by controversy around the appropriation of black culture by white owned fashion brands and is well aware that Mani also evokes images of another cultural taboo, the gollywog. "I want to create debate with viewers of my art, she may be controversial but Mani is a representation of me and I made her knowing fully what she looked like," the 21 year old from Tunbridge Wells said.

There is also a lighter side to the piece with Manu experiencing many opportunities to talk about her work as she interacted with members of the public. "It's a serious piece of fun - I made the blackest piece of artwork and carried her with me for a long time, I call her visual sarcasm," she said. "Different groups of people have different reactions, I wanted to reach people outside of educational institutions and show fine art isn't just about painting or drawing." 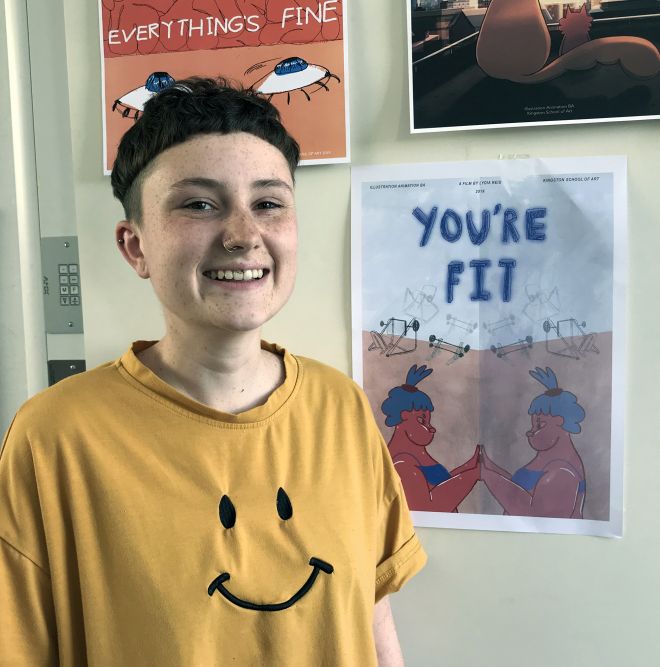 Lydia Reid kept a diary of her gym experiences as she researched her animation You're Fit.Representations and love of the self are the themes of illustration animation student Lydia Reid's work who has created a piece inspired by the selfie generation. The animation is set in a gym and its title, You're Fit, refers to both the physical fitness and the attractiveness of gym goers. "It's about how people see themselves in the gym, vanity and self-love," the 23 year old from Kent said. "The main character gets sweaty and flirts with her own reflection before disappearing into a mirror world which takes self-love to a new psychedelic level."

Lydia isn't a regular gym goer but threw herself into her research for the animation. "I'd never actually set foot through the doors of a gym before but once I'd decided on my project I started to go regularly and wrote down my observations in a gym diary," she revealed. "I think there should be more love in the world and less judgement. People are looked down upon for taking selfies and loving themselves but everyone should embrace the way they look and love themselves a bit more."