Matthias Pilz, from Seelow in eastern Germany, has been exploring new approaches for the power grids of the future, which may involve solar and wind energy being integrated at local levels to limit greenhouse gas emissions.

The 29-year-old Faculty of Science, Engineering and Computing student won his place in the national round of this year's Three Minute Thesis contest after presenting a summary of his studies in just 180 seconds to a panel of judges at the University. The academic competition, developed by the University of Queensland in Australia, challenges doctoral students to deliver a compelling spoken presentation on their research topic and its significance in three minutes.

"If we're serious about combating climate change, then we need to move to a more decentralised renewable energy system, where people produce their own electricity in their homes and store it in local batteries," Matthias said.

"To avoid risking the stability of the grid, households would have to be incentivised to adjust their demand according to production. Energy companies could provide that through billing schemes that reward cooperation."

In his research, Matthias designed algorithms using game theory – the mathematical study of how individuals or groups interact – to analyse how communities could work together to share and use energy they produced from solar panels and small-scale wind turbines on their properties.

"The simulations show this type of interaction leads to a more stable power grid even with the integration of these renewables. There is real potential here for real world applications," he said.

They were coached on storyline, visual aid and delivery of their 3MT speeches before presenting to the group, with Mr Duval providing expert feedback.

"The training was hugely beneficial to us as researchers," Matthias said. "Being able to communicate our work clearly and concisely is so important and we learned how to structure a pitch and give short presentations that can really capture an audience."

Professor Andrea Petroczi, who has been coordinating Kingston University's involvement in the Three Minute Thesis contest for the past three years, as well as providing training on the academic aspects, said the students had developed key skills both in communication but also in considering the impact of their work.

"Demonstrating how people will benefit from research is becoming increasingly important," she said. "Learning to think about this early on, while working on their PhDs, gives these postgraduate students a tremendous advantage as emerging scholars in their fields.

"Getting to work with students from such a wide range of disciplines and cultures who are involved in research which has real potential to make a difference in our society is truly inspiring."

The Three Minute Thesis semi-finals get underway next month, with the six national finalists due to be announced in August. 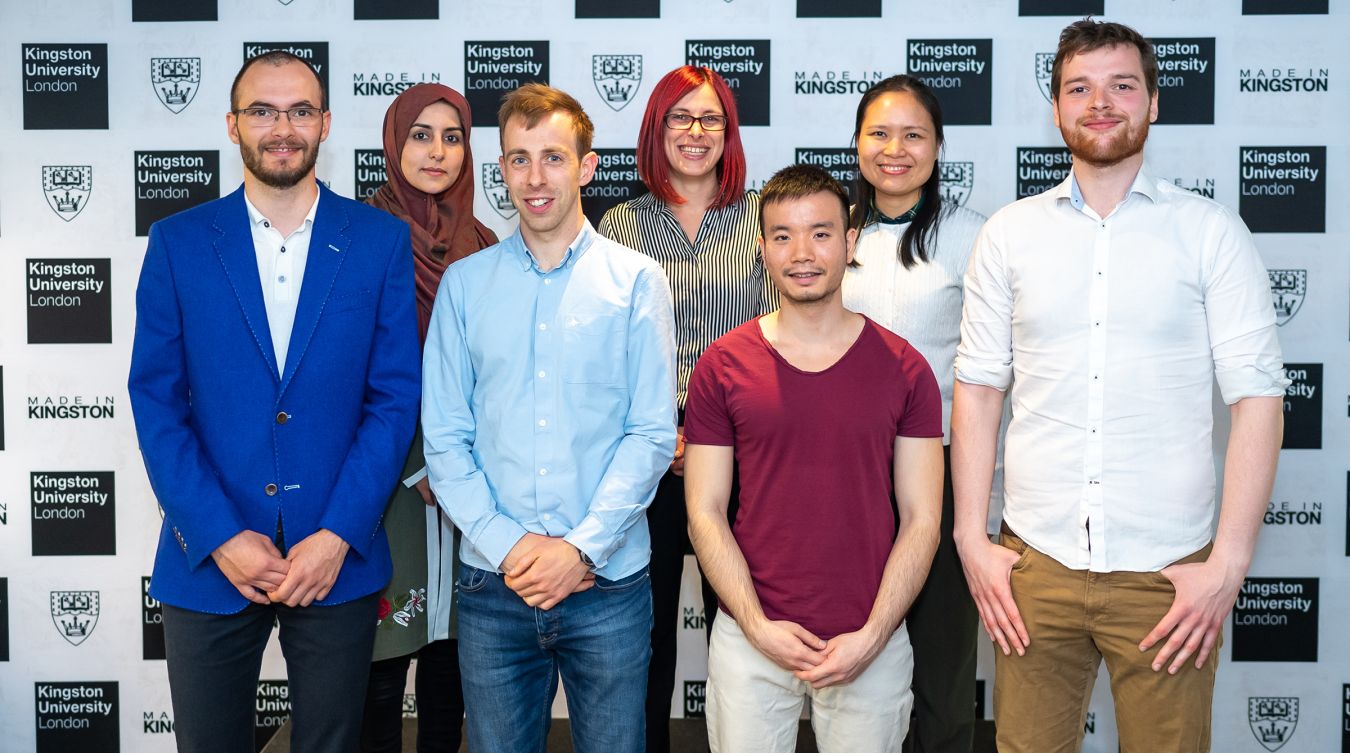