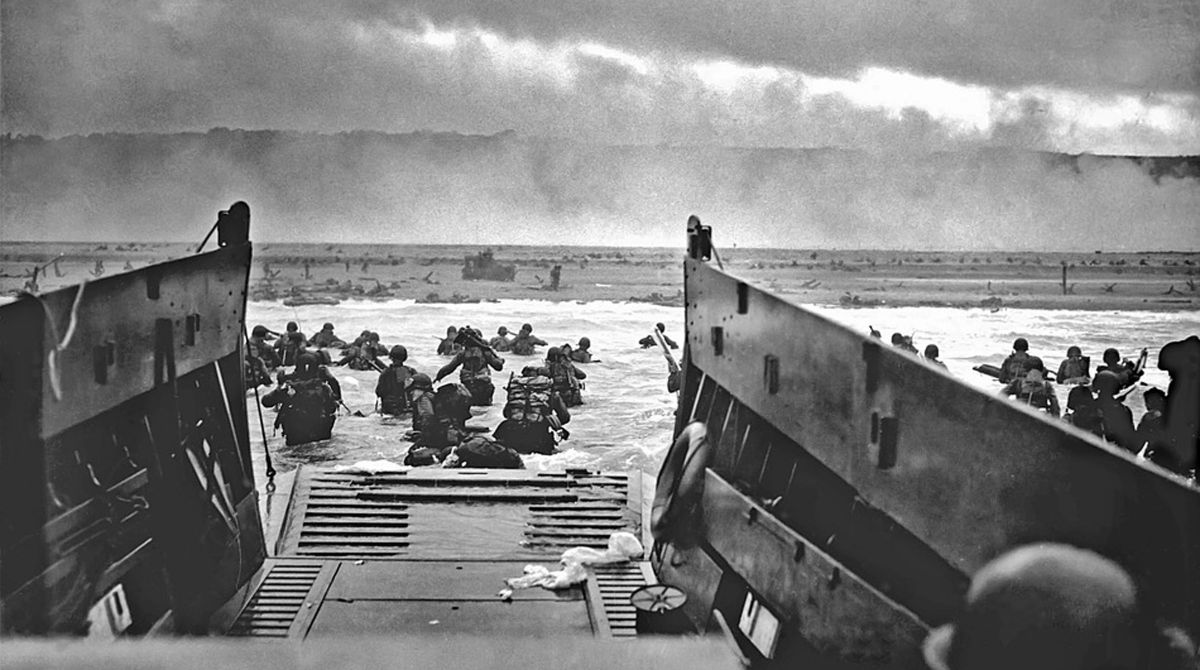 On the D-Day landings' 75th anniversary, a Kingston University historian reveals the essential role the borough and its residents played in the momentous events which began Operation Overlord and changed the course of the Second World War.

It is no exaggeration to say that D-Day on 6 June 1944, in which British, American and Canadian Allies invaded German-occupied France with the Normandy landings, altered history. Kingston University lecturer Dr Steven Woodbridge takes a look back at some of the local hotspots that provided a backdrop to these key events and at the lives of local heroes who were among the brave servicemen helping to liberate Europe.

Kingston's main public swimming pool in the 1930s, the Coronation Baths, was located in Denmark Road, just a short walk from what is now Kingston University's Penrhyn Road and Knights Park campuses. One of the closest-kept local secrets of the Second World War was that the pool, which had underwater lights, was taken over by the Admiralty in January 1944, and was used for training many of the frogmen who carried out a particularly hazardous mission in the very early hours of the D-Day invasion morning.

The complex military and logistical planning for D-Day was one of the most secret Allied operations of the Second World War. It was overseen by American General Dwight D Eisenhower, Supreme Commander of the Allied invasion forces. Intriguingly, Eisenhower lived and worked in Kingston borough from 1942 to 1944.

With his main headquarters in Bushy Park, near Teddington and Hampton Court, Eisenhower rented Telegraph Cottage in Warren Road, at the top of Kingston Hill, where he would take time to relax and go for occasional horse-rides in Richmond Park.

Eisenhower's presence in Kingston was a closely-guarded secret, as it was feared that the Germans would attempt an assassination had the news leaked out.

The Bushy Park camp was known as Camp Griffiss, named after Lieutenant Colonel Townsend Griffiss, who had been the first American airman to die in Europe after the country's entry in to the war in 1941. The camp was a major military base for both the United States of America Army and Air Force from July 1942 to December 1944.

Much of Eisenhower's detailed planning for D-Day took place at the camp which, at its peak, had some 4,000 personnel working there. Although many service men and women lived in the grounds of Bushy Park in huts, numerous officers were billeted with local families in the Kingston area. Interestingly, most of the camp's huts remained standing until as late as 1963. 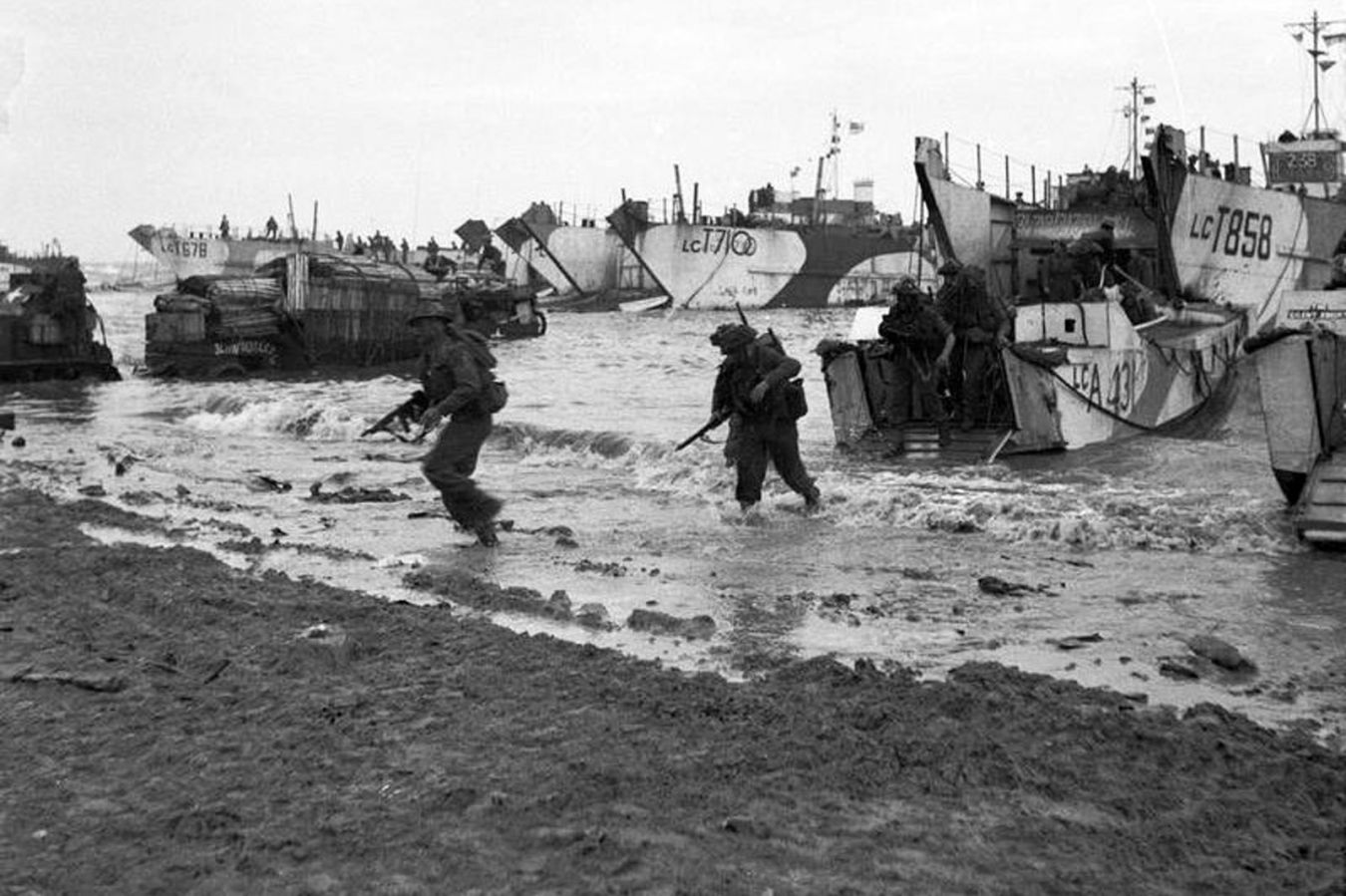 Although much of the press in the United Kingdom could not go into detail about the actual military events of D-Day, or reveal which areas of the country had contributed to Operation Overlord and precisely how, newspapers were nevertheless allowed to carry very general reports on the landings over the next three to four days after D-Day.

In Kingston upon Thames, the Surrey Comet published an editorial on 10 June 1944 recognising the enormity of the landings and their significance: 'This lodgement on a broad front has constituted a unique operation of war, an immense venture which has been years in planning and which is of an intricacy so vast that only very few can have the least realisation of its amazing complexity,' they wrote.

By July 1944, the Comet was able to report that the Queen's Royal regiment, the West Surreys, which had Kingston servicemen in its ranks, had arrived in France a few days after D-Day and, 'were almost immediately engaged in very heavy fighting near Tilly sur Seulles'. For several days, they took part in resisting powerful German counter-attacks in the Tilly area, an action that was vital to the overall success of the Allied invasion.

A huge armada of vessels and landing craft were used on D-Day, a key one being the Landing Craft Tank, an amphibious assault craft for landing tanks or heavy guns on beachheads. Many of the crafts went in just before the main landings took place to lay down covering fire and one such one, on the early morning of D-Day, was commanded by former pupil of Tiffin School in Kingston, Sub-Lieutenant Richard Offer of the Royal Naval Volunteer Reserve (RNVR).

Sub-Lieutenant Offer later gave a vivid account of what he had experienced to the Surrey Comet. Mines were dodged successfully, he said, but the craft came under heavy fire and two shells hit his vessel. Yet, despite a 'whacking hole' in its side, the craft managed to return successfully to England.

Another Landing Craft Tank was under the command of Lieutenant W E Fairiey, of the Royal Naval Volunteer Reserve who, prior to the war, had been a Surrey Comet reporter. He told the paper: "The number of ships off the beachheads and going backwards and forwards across the Channel was simply staggering."

6. Surbiton brickmaker among 130,000 killed on the beaches of Normandy

It is estimated that almost 130,000 men bravely swept onto the beaches of Normandy on D-Day, with many men killed or seriously wounded in the first waves of the assault.

One of these was the son of Mr and Mrs W Harper, of Surbiton. In early July 1944, they were officially notified that their son, Private Robert Harper, a commando, had been killed in action with the first wave of assault troops on D-Day. Born in 1915, he had been educated at Christ Church School in Surbiton and became a brickmaker at Tolworth brick fields ahead of being called up in 1940. Before he was killed, he had been stationed in Iceland and in the Shetlands.

The 75th anniversary of D-Day and its associated commemorative events helps remind us how the bravery and sacrifice of such local heroes enabled the eventual liberation of Europe from fascist tyranny.

Find out more about courses available in Kingston School of Art.