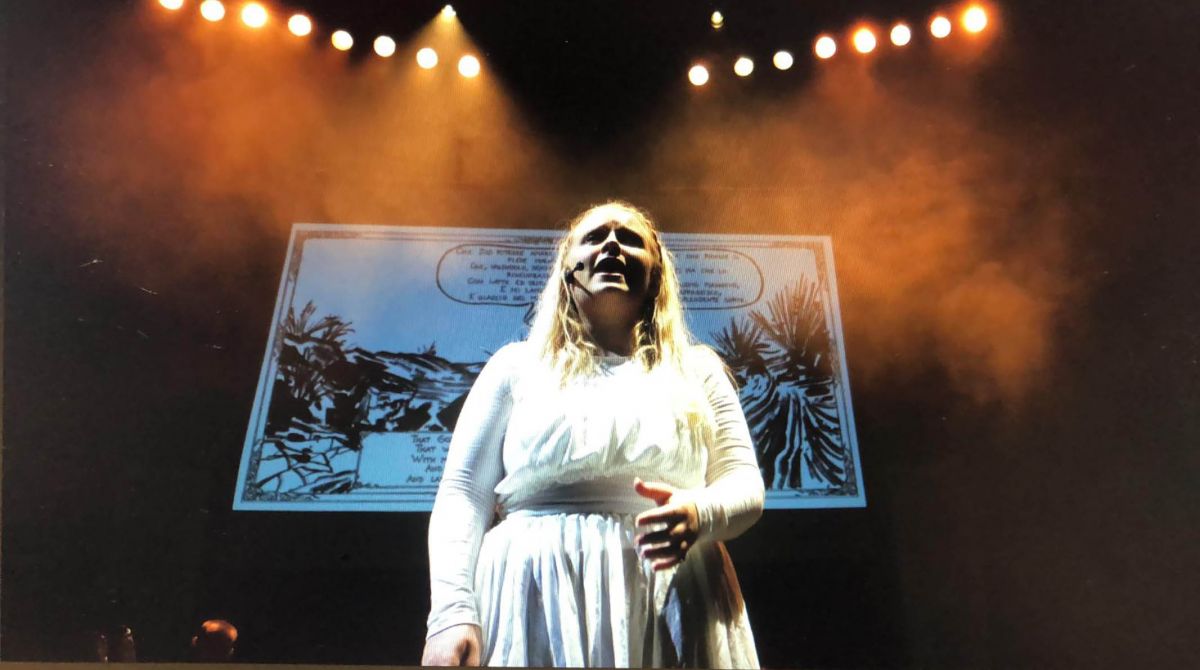 Drama, dance and music students combined to perform an opera based on William Blake's poem The Book of Thel.

The annual performing arts showcase earlier this month saw a host of individual and group performances by students from the three courses, topped off by the collaborative musical theatre finale based on William Blake's poem The Book of Thel.

The production was originally devised by Peter Case and composer Rolando Macrini from renowned New York experimental theatre company La MaMa. An adapted version by Mr Case, who lives in Kingston and is a drama lecturer at the University, was commissioned by the Kingston's Performing Arts and Community Engagement (PACE) team to be performed by students as part of the two-day celebration.

"Producing an opera is one of the most difficult types of live performance to realize and one of the most elaborate. You're dealing with classical musicians, conductors, actors and dancers, so it's tremendously complicated logistically," Mr Case said. "Yet this collaborative nature is what made The Book of Thel perfect for what PACE wanted to achieve - it's a production that brings together performers from across disciplines."

Since he started teaching at Kingston University four years ago, Mr Case had been looking for a way to connect the students with international theatre artists. The project presented the perfect opportunity, he said, with La MaMa musical director Claudio Scarabottini and composer Mr Macrini flying in from Italy to work with performers during rehearsals.

The students themselves also took a lead role in both direction and performance, with third year dance student Kia Zamparelli stepping up to devise the choreography. "I had a concept in terms of how we would use certain objects - balloons, rubbish, puppets," Mr Case, who designed and built all the props in his Kingston-based studio, said. "Kia and I would do a workshop with all the performers to explore what these objects might represent, then I'd take the actors and singers and she would take the dancers and choreograph something around the items. After a couple of hours we'd bring everyone back together and fuse the two elements. It was a fantastic way to work."

Final year dance and drama student Tehzin Kara, from Leicester, relished the opportunity to work in such a creative way. "Working on the production was very spontaneous," the 22 year old said. "It really helped me get a feel for what it's like in the theatre, when you're working professionally."

Holly Smith, 20, from Warwickshire, took on the role of singer and puppeteer. "We incorporated physical theatre, singing, dance and puppetry, which I absolutely love. The puppets were beautiful, and not just for children," the second year drama student said.  "The Rose is a mighty stage, there have been lots of incredibly talented people on it so it was an absolute honour to perform there."

Other performers showcasing their talents included Zuzanna Wezyk, a Masters in Composing for Film student from Gdansk in Poland, took to the stage to perform her own original songs, with fellow Kingston University students Jo Brooks on drums and Reece Davies on bass guitar.

"I love performing and seeing the audience, that's what gives me the most pleasure. I see the lights and the people smiling and it gives me so much energy," the 24 year old singer songwriter and classically trained guitarist said.

Final year dance student Saffron Shomaly performed an improvised urban contemporary solo, blending street and contemporary dance to a mixture of classical piano with hip hop beat. "It's taken me a long time to actually come out of my room - I used to dance just in my bedroom and now I've just had the opportunity to dance on stage to a massive group of people," she said. "Improvisation is special to me because it's not pre-empted or choreographed, it involves letting go of the thinking part of your head and letting your body listen to the music and express. For me that's quite a special way to perform - scary and risky, but very exciting."

Head of the University's Department of Performing Arts, Professor Isabella van Elferen, said the festival had been a wonderful display of the collaborative performance skills of the students and the professional guidance of teaching and technical support team. "We were treated to high-quality performances from classical music to contemporary dance, from reflections on Shakespeare to grime, and from street dance to political satire," she said. "Performing arts students were also involved in stage design and technical support, so the shows were a truly all round experience of the multi-faceted talents that Kingston University fosters."

Although the curtain has fallen on this year's spectacular, it's not quite the end for The Book of Thel. The students will take the production to the International Youth Arts Festival in Kingston on 8 July and then on to the Edinburgh Fringe Festival on 9 August - and Mr Case has further ambitions.  "I'd like to find a way to take this production to New York. That's a significant endeavour with a cast and crew of almost 40, but that would be something very exciting if we can do it." 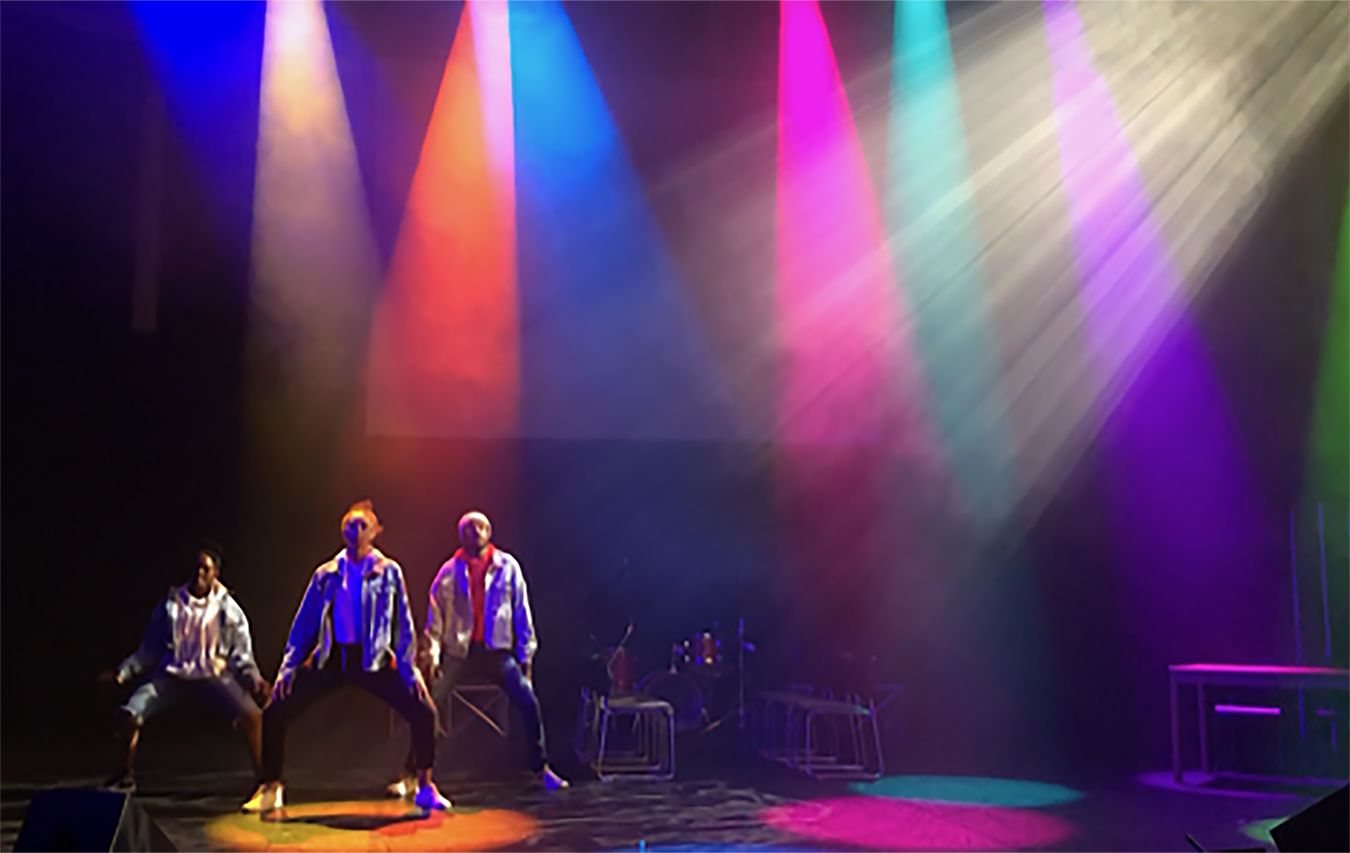 The two-night performing arts showcase took place at the Rose Theatre in Kingston.