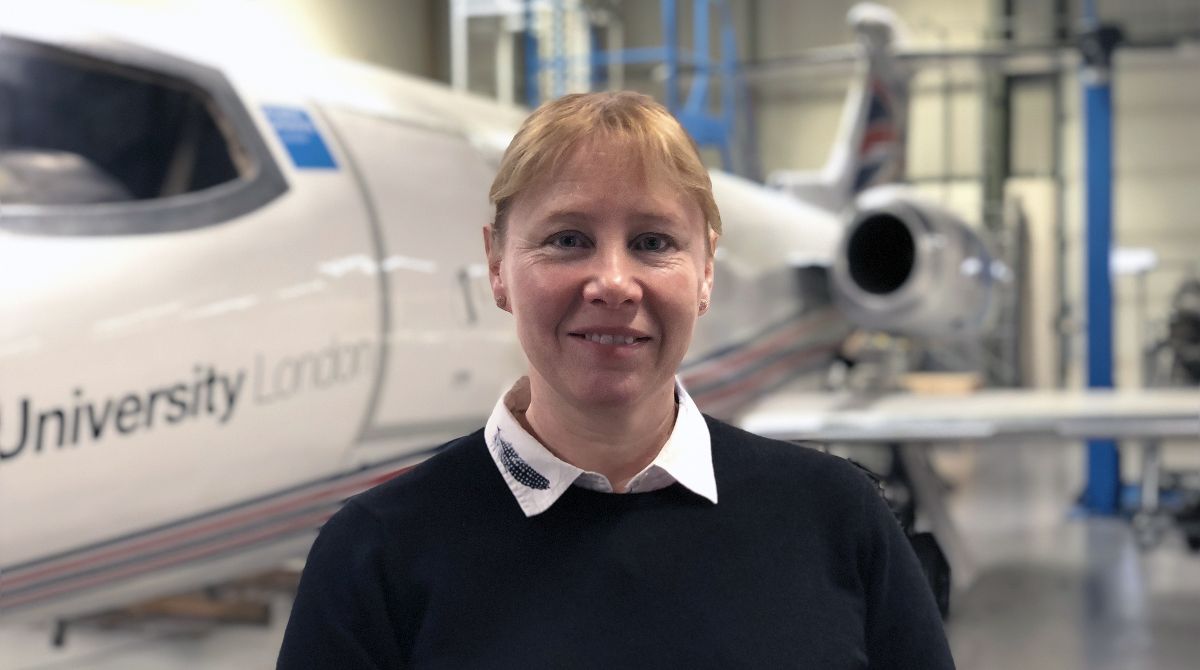 The group engineering director for global theme park operator Merlin and current president of the Women's Engineering Society also spoke of the need for more female engineers to visit schools and act as powerful role models to children ahead of International Women in Engineering Day this Sunday.

"The biggest barrier for girls is a lack of understanding about what working in engineering means," she said. "Too many end up making choices that are seen as more conventional for young girls to make, which precludes them from going on to science careers later.

"Choosing a balanced portfolio of arts and sciences at GCSE and A-level keeps those career options open, which is so important. Engineering is the only profession that can literally change the world. If that's not creative and socially important, I don't know what is."

Ms Childs spent 23 years in the RAF after joining at the age of 17, working her way up to wing commander, before moving on to work at Gatwick airport after becoming disillusioned with a lack of opportunities for progression. She took on her current role with Merlin in 2016, where she heads up engineering operations for a company that maintains 129 installations across four continents, ranging from rollercoasters to ocean tanks filled with sea creatures.

Throughout her career, the leading engineer has been all too aware of the lack of women around her, making her all the more determined to address the imbalance.

"When I first joined the Royal Air Force there were very few females – the figure was as low as seven per cent in engineering careers in the military at the time. That environment reinforced something that lots of people struggle with but don't talk about, which is imposter syndrome. You are forever trying to prove you should be there and that you're the right person to do the job because, deep down within yourself, you think you're not."

At the start of this academic year, Ms Childs embarked upon a visiting professorship at Kingston University through the Royal Academy of Engineering, as part of a scheme to bring industrial expertise into universities to share knowledge and experience.

The role includes working with female engineering students in a mentoring capacity, talking about the challenges they may face and encouraging their ambitions for the future.

"I was particularly impressed with the diversity of Kingston University's student body and the emphasis on female engineering and outreach activity here," she said. "It's been a great opportunity to share my life experience and help them think of the challenges they may face and how to overcome them."

One of her key messages to students is not to be too concerned about which engineering pathways would be available to them after they graduated. "My degree was in mechanical engineering, but I've since worked across aeronautical, aviation, civil and electrical engineering," she said. "It would have been easy to leave the Royal Air Force and stay in defence aviation, but there's so much variety available, which means there are plenty of options for up and coming engineers to transition through their careers."

As president of the Women's Engineering Society, one of her aims is to drive progress towards increasing the level of women in engineering to 30 per cent by 2030 – an ambition she feels can be achieved in part through increased involvement in sectors related to social responsibility. "If you look at renewable energy, third world construction, engineering roles that are socially conscious, there's a lot of room for expansion," she said. "I think these are careers that will appeal to a lot of young women.

"For the sector as a whole, a balanced participation of people irrespective of gender or background is going to lead to better outcomes, better thinking and better understanding of the problems we need to solve."

Creating visible role models for young girls was also a vital part of addressing the gender imbalance, Ms Childs said. "So many women are doing amazing things that go undiscovered. Rather than it being extraordinary for a woman to be doing a particular job, people need to talk about what they are doing so it's no longer extraordinary.

"If every female engineer went into a school to share her story once a year – and most employers would allow their staff to do outreach work – it really could make a dramatic difference."

Find out more about undergraduate and postgraduate courses in the Faculty of Science, Engineering and Computing.