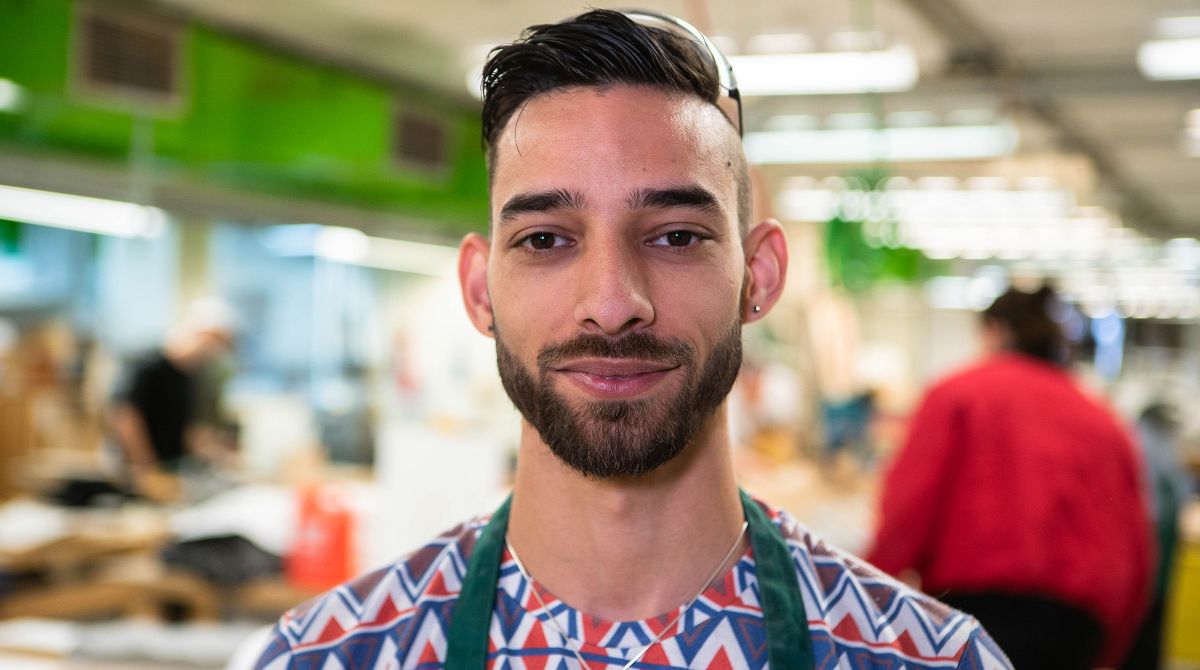 Michael Shakil won the Patron's award at this year's Festival of Learning.

An inspirational student who spent his childhood in care has overcome the odds to move on to higher education and win a prestigious national award. Michael Shakil, 32, returned to education and went on to Kingston University to fulfil his dream of becoming a furniture designer and business owner. Now he has been selected from more than 200 applicants to receive the Festival of Learning 2019 Patron's Award from HRH the Princess Royal.

Michael had a difficult childhood, growing up in care and having to move from school to school. He never thought he could make it to university but, following a reconciliation with his birth family, he discovered his father, brother and sister were all studying in higher education. That motivated him to try to achieve the same success for himself.

Returning to education in his mid-twenties, Michael completed a foundation year at Kingston College and progressed to a degree in computer graphics technology in the Faculty of Science, Engineering and Computing at Kingston University. He also enrolled on the University's KU Cares programme, which offers care leavers dedicated support while they complete their studies. The scheme recently won praise from Universities Minister Chris Skidmore MP and Children and Families Minister Nadhim Zahawi MP during a visit to the University in March when they met Michael and other students from care backgrounds.

Michael recently won Kingston University's Bright Ideas competition with his design for a wall mountable art table and has now completed the final year of his degree. He has applied to study for a Masters in product and furniture design at the University and, in the future, hopes to put his skills to good use and start up his own business.

Organised by the Learning and Work Institute and supported by the Department for Education, Festival of Learning is an annual campaign that aims to celebrate the power of learning in transforming lives and to encourage more adults to make the most of the opportunity.

"Coming to university unlocked confidence I never knew was there," Michael said. "It's brought out my creative side and pushed me to take up opportunities such as becoming a student ambassador from my second year and entering Bright Ideas. My aim is to turn my small furniture-making hobby in to my own company - that's the dream."

Chrissie Farley, lead access and support officer at the University, said: "Michael is a gutsy, motivated and enterprising student. He has used his determination to push through and overcome all barriers."

Learning and Work Institute chief executive Stephen Evans said: "Michael has shown great determination to embark on a degree as a mature student. Only one in 14 care leavers progress to higher education compared to half of all young people, so it is important we share stories like Michael's to inspire others.

"Festival of Learning is all about the inspirational stories of people like Michael, which show that everyone can benefit from learning. Lifelong learning is vital for all of us as jobs and society change around us. We encourage everyone to give learning a try so if you've been inspired by Michael's story, and if you want to find out how learning could benefit you, get in touch your local college, community learning provider or the National Careers Service."