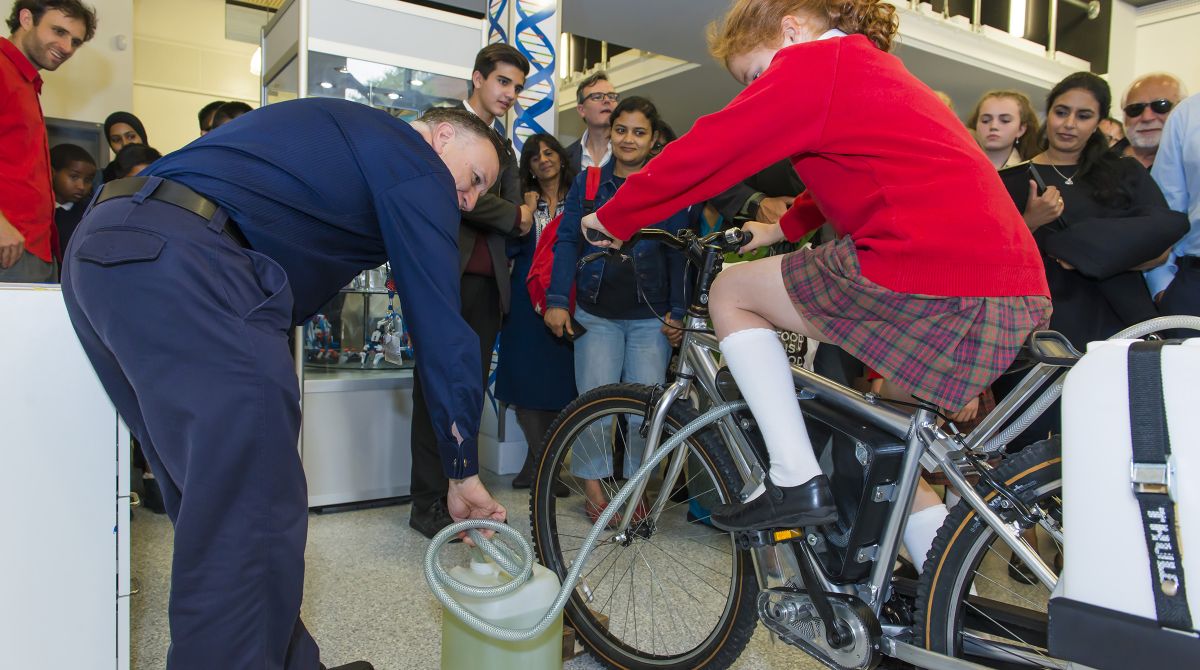 The Bicycle Sucker, invented by year two pupil Maisie Crook, was one of three prototypes built by Kingston University technicians and students that were unveiled at this year's Primary Engineer London awards at the Penrhyn Road campus.

The London awards ceremony of this year's 'if you were an engineer, what would you do?' contest, run by Primary Engineer Programmes – a not-for-profit national organisation promoting engineering careers for school children – was supported by Siemens and held at the University's Penrhyn Road campus. Pupils between the ages of three and 18 were challenged to interview engineers, identify problems and design solutions to them.

More than 48,000 primary and secondary pupils entered the national contest, known as the Leaders Awards, this year, with 17 winning entries for the London region showcased at Kingston University alongside the shortlisted and highly commended designs. Kingston is the university partner for the London region and is also working with Skills Jersey to support the inaugural regional awards ceremony on the island.

Selected designs by this year's winners of both the London and Jersey contests will be turned into real life prototypes by the University during the next 12 months before being unveiled at next year's ceremony. At the London event, three prototypes built by a team of technicians and Kingston University students from a selection of last year's winning designs were unveiled for the first time.

Among them was the Bicycle Sucker invented by Maisie Crook, a year two pupil at Rowan Preparatory School. Maisie's design allows people living in countries that collect fresh water from rivers or wells to lower in the inbuilt hose and pump water into two collection tanks on the back of the bicycle by pedaling backwards before cycling home. A second prototype showcased was the Extending Sink 6000, designed by Abacus Belsize Primary School pupil Savannagh Dunne. Savannagh's design is a sink which adjusts in height to suit adults, children or people in wheelchairs. The prototype included a working sensor which scans people as they approach and adjusts the height automatically to suit the user.

The first two creations were realised by teams from the Faculty of Science, Engineering and Computing, with a third winning entry brought to life by a team from the University's Kingston School of Art. The Magnetic Shirt, designed by Saaid Abdi from Trinity Primary Academy School, features magnets instead of buttons to help people with disabilities get dressed more easily.

Introducing young children to the creative possibilities of engineering was key to helping bring through the next generation of science, technology, engineering and mathematics (STEM) professionals, according to Dr Lucy Jones, Vice Dean of the University's Faculty of Science, Engineering and Computing. "The outstanding standard here from children as young as four and five has been fantastic to see and we're proud to be partners with Primary Engineer and part of the Leaders Awards competition," she said.

"The passion that has gone into their concepts is incredibly inspiring and we're delighted to have been able to bring some of them to life through the talent and hard work of our technicians and students."

Following the ceremony and exhibition, Dr Susan Scurlock, founder of Primary Engineer said: "Each year I am astounded at the solutions the pupils engineer. After looking round the exhibition you are left not only inspired by their ideas, but also with a feeling that we will be leaving the world in good hands." 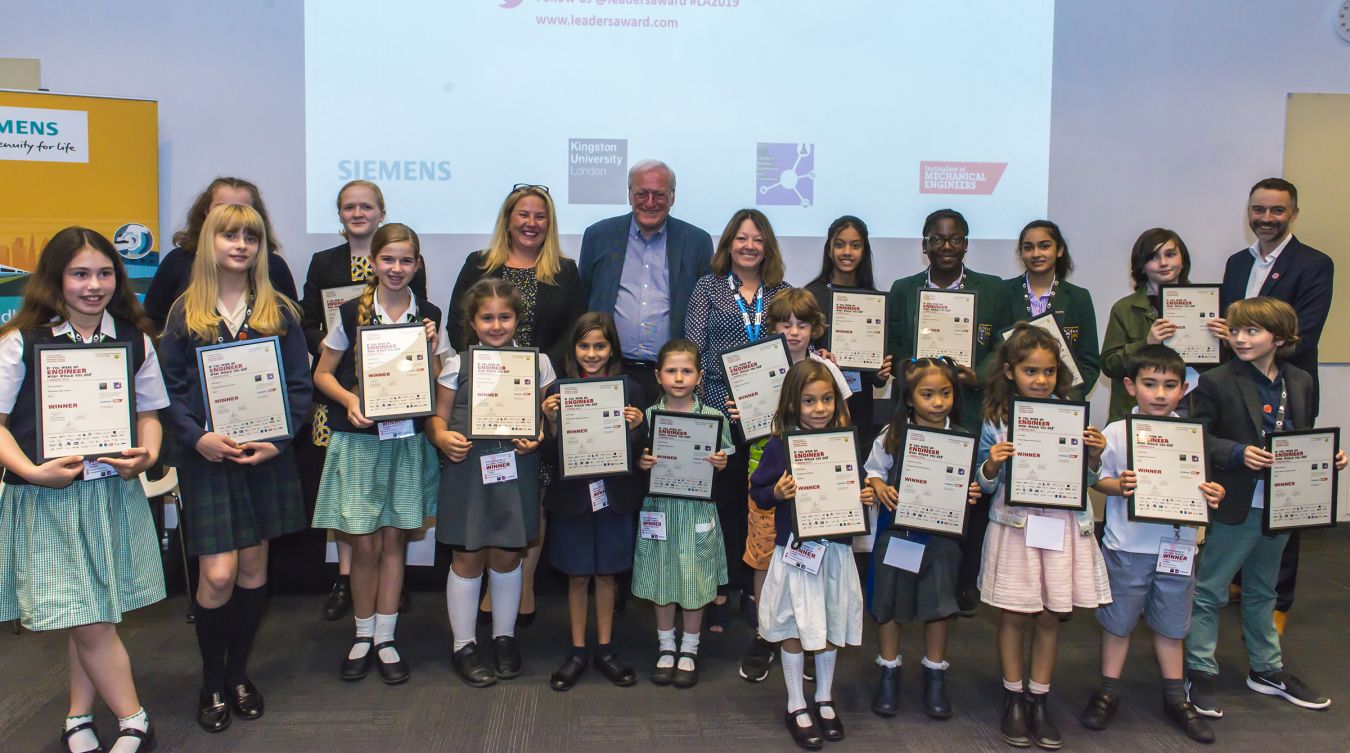