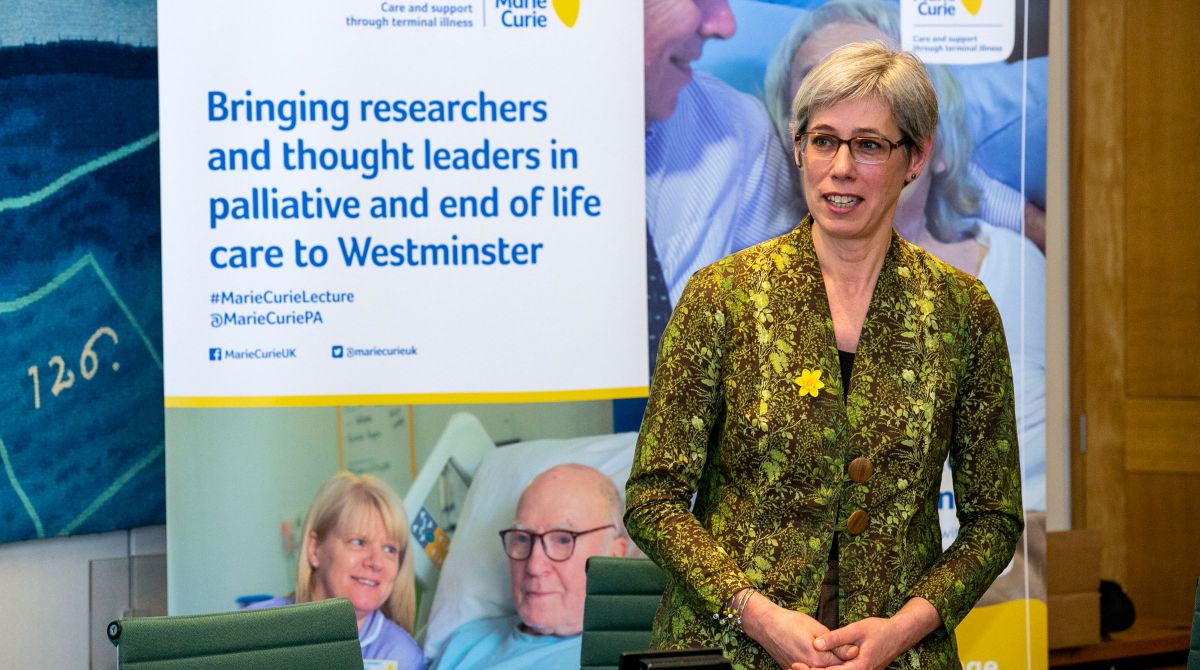 End of life and palliative care expert Professor Irene Tuffrey-Wijne presented to policymakers and leading thinkers in the field at the House of Lords.

Professor Tuffrey-Wijne, the world's first researcher to conduct studies into palliative care for people with learning disabilities, told policymakers and leading thinkers in the field at the Death, Dying and Learning Disability lecture that improvement in end of life care given to people with learning disabilities is desperately needed. The lecture was one of a series being held by Marie Curie focusing on access to care and support for people living with a terminal illness.

After recently conducting a survey looking at how people discussed dying, Professor Tuffrey-Wijne, said it was clear one of the main issues people with learning disabilities faced was being protected from being educated about death or being informed someone close to them was near the end of their life. "People can't be involved with decisions about their own life and care if they don't know what is going on. Carers and health and social workers need to address this and not shield people from the truth," she added.

The former nurse said another problem was people being unable to identify when a person with learning disabilities is nearing the end of their life. "While statistics show around two per cent of people admitted to hospices should have some of form of learning disability, the actual figure of patients having one is far less," she said. "That's why some of my research has focused on identifying the signs, how to communicate with people who have complex learning disabilities and how to break bad news to them." The lecture came after a second reading of the Access to Palliative Care Bill in the House of Lords. Professor Tuffrey-Wijne, who works in the Faculty of Health, Social Care and Education, run jointly by Kingston and St George's, was referenced in the reading by Baroness Sheila Hollins for her key research in the area.

Professor Tuffrey-Wijne is encouraged by the government's plan to make learning disability training mandatory for all healthcare workers but believes more still needs to be done. "After a decade of recommendations and enquiries into premature deaths, and a lack of access to healthcare, there are still so many people having such a poor experience and this needs to be addressed as a matter of urgency."

An online module for care staff on how to break bad news, led by Professor Tuffrey-Wijne, includes how to tailor the way they deliver a message which can be distressing for those involved.

She has also recently run an eight-week training course for people with learning disabilities on how to become researchers. "They play a vital role in our community and can draw on their own experiences to help inform some key research. The contribution they can make to a research area, which has been largely neglected, should not be overlooked and we want to show them that, despite the barriers they feel they have, they can achieve anything."

Professor Tuffrey-Wijne is hoping to do more research into what happens in the final year of someone's life. "I really want to understand the barriers people face during their last year, what needs they have and if our health and social care services are ready to give them as good an end of life experience as possible," she said.