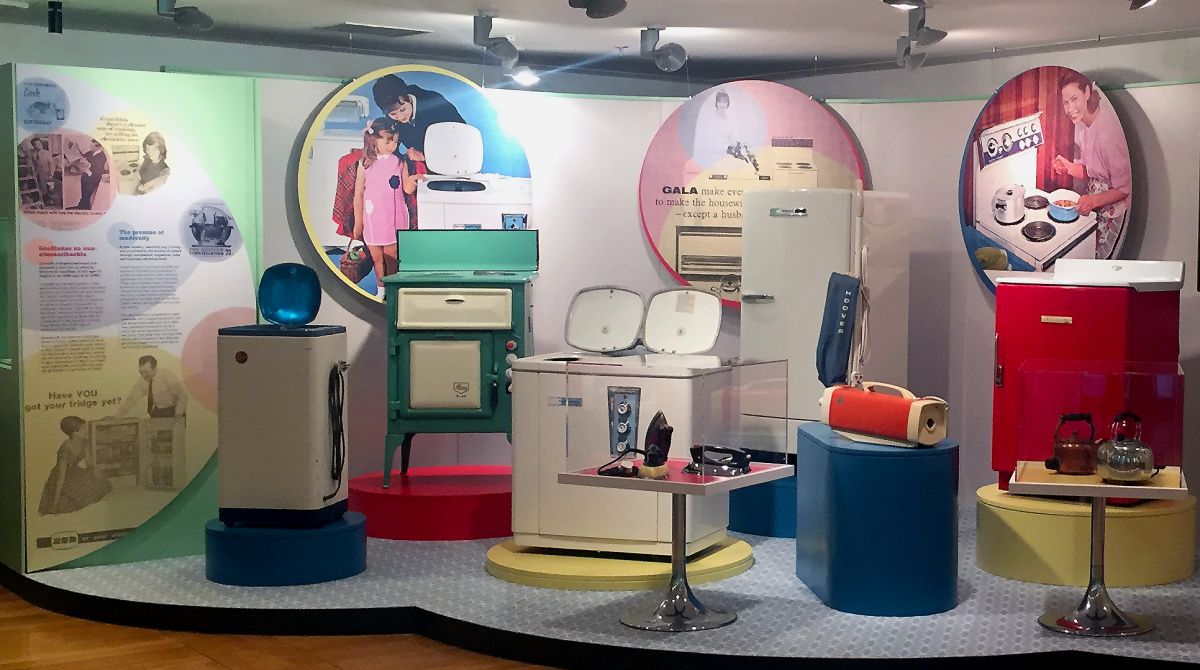 The exhibition features a selection of mid-century labour saving products.

Focusing directly on the lives and experiences of women who lived through the country's rural electrification programme, the exhibition features a mixture of objects, oral histories, documentation and interpretations of period environments in Ireland from the late 1940s up until the 1970s.

Launched by former President of Ireland Mary Robinson at the National Museum of Ireland - Country Life in Castlebar, Co Mayo, with funding from the Arts & Humanities Research Council, ‘Kitchen Power - Women's experiences of rural electrification' is the flagship temporary exhibition at the Museum's Country Life site this year. Support has also been provided by the Electricity Supply Board (ESB), Irish Farmer's Journal, not-for-profit organisation Age & Opportunity and the Galway-Mayo Institute of Technology's furniture college in Letterfrack.

Developed by Kingston University senior lecturer in design history and theory Dr Sorcha O'Brien with support from the National Museum of Ireland and co-curated by Noel Campbell, the exhibition was initially inspired by Dr O'Brien's research into the visual representation of power stations and electronic technology. "Electricity was introduced to Irish cities in the 1920s and 30s by the Shannon Scheme," she said. "After the Second World War, the Rural Electrification Scheme brought electricity to countryside communities. I found this period fascinating and wanted to explore further."

While a lot of research has been carried out from a historical or political perspective, the effect on the home and the people in these communities had not been put under the spotlight until now, Dr O'Brien said.

"I was interested in finding out what actually happened when this hit people's homes and their everyday lives - how it affected kitchens and homes in a practical manner, and led to the uptake of electrical domestic appliances, as the main users were women," she said.

Among the exhibits on show are the specifically Catholic Sacred Heart lamp, a primrose yellow iron made in Britain, a green and cream cooker made in Ireland, and a twin tub washing machine, as well as a reconstruction of a 1950s ESB/ICA model kitchen first shown at the Royal Dublin Society Spring Show, built from historical photographs by Galway-Mayo Institute of Technology furniture design student Phillip Carey. 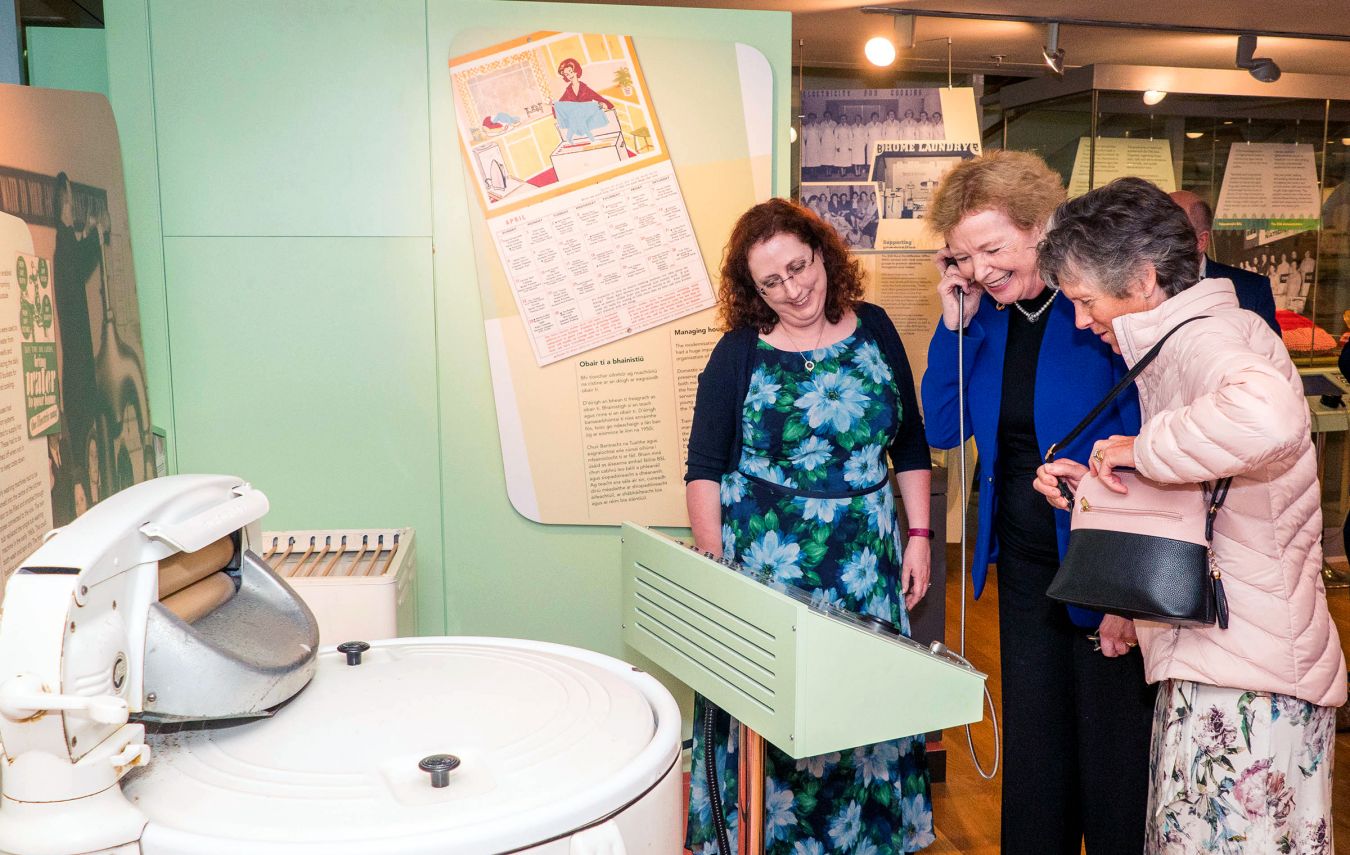 Oral histories are at the heart of the exhibition with 63 interviews carried out across a two year period with women across the country, the oldest being 92. Recruited through the Irish Countrywomen's Association (ICA), and ESB staff who worked on the project - many revealing their memories for the first time. "This is a generation of women who had to choose between being a wife and mother or having a job - there wasn't the option of doing both, due to the marriage bar." Dr O'Brien said. "Through this exhibition we are able to explore how the fantasy and reality of housework in Ireland compared - from the gendered stereotypes of the advertising of the day, to how the real effects of appliances like washing machines impacted women's everyday lives."

One of the recurring themes of the interviews was the drudgery of life before electrification and how women used the time freed up by the introduction of the new devices. "Women spoke about having to spend Monday washdays scrubbing clothes clean, so suddenly being able to put them in the washing machine was revolutionary," Dr O'Brien said.

"A constant theme was the textile work they were now able to do - knitting, textile making, sewing, crocheting and making clothes for the family. More work, but a different work - less backbreaking. Stronger lighting from a light bulb compared to gas light revealed never seen before corners of the home and led to a wave of redecoration across the country." This theme of textile work underpinned the textile art project commissioned through Age & Opportunity. Artist Anna Spearman worked with a group of local women to develop their creative response to the exhibition themes.

Director of the National Museum of Ireland, Lynn Scarff, said the exhibition provided a fascinating insight into the pioneering role that women played in driving the early adoption of electricity. "As we look to a future where clean electricity will play a vital role in addressing climate change, we need to harness the same creativity and leadership within communities to demonstrate the benefits of electric transport and heating, and in doing so create a brighter future for all." 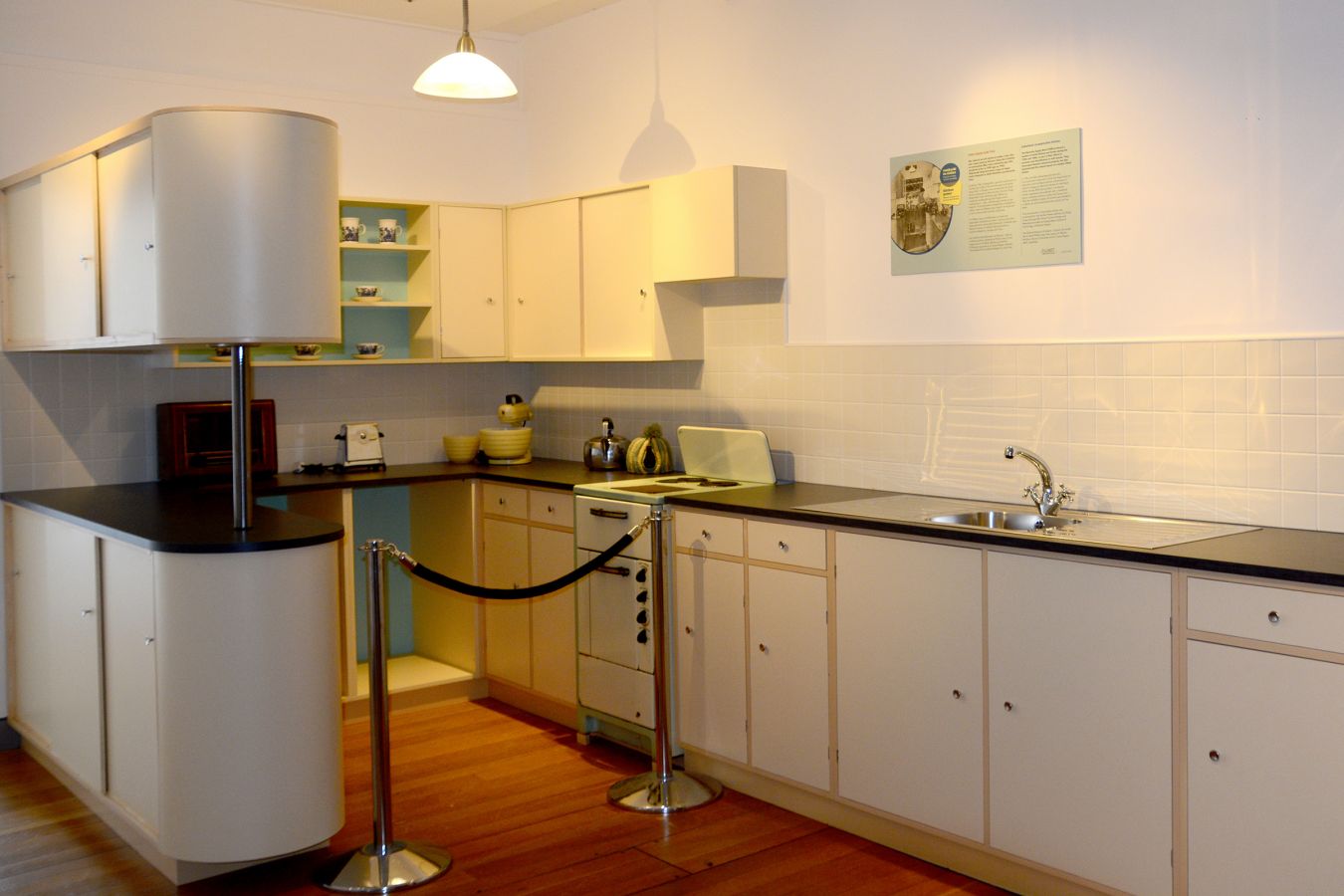 Reconstruction of a 1950s ESB/ICA model kitchen built from historical photographs by Phillip Carey, a furniture design student at Galway-Mayo Institute of Technology.