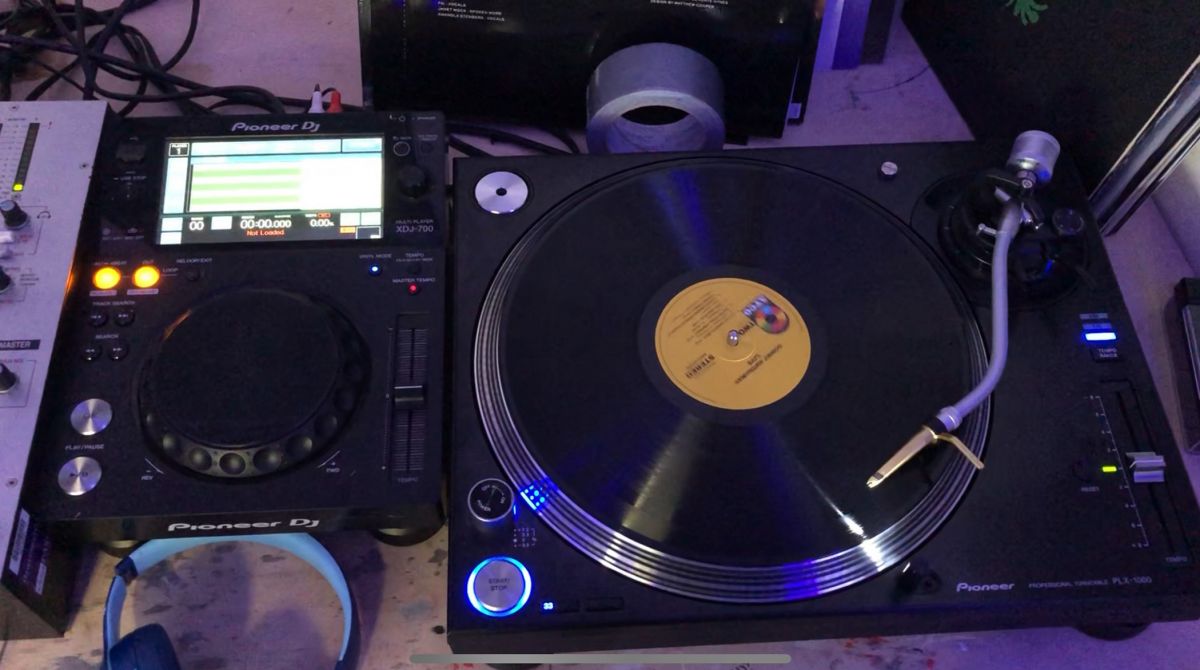 Fine art students have reimagined the traditional art catalogue as an online radio broadcast to document their final degree show. The week-long programme of music, discussion and performance featured students, alumni and staff filling the airwaves with a blend of up tempo observations, reminiscences and aspirations for the future.

Broadcast from a small office in the Avionics Building at Kingston School of Art, the entire run has also been archived online, acting as an aural history of the fine art degree show. A newspaper-style print publication, released in conjunction with the broadcast, also allowed the students to build a visual identity and brand around the aesthetic of the station, named AVNX Radio.

The project was helmed by 23-year-old graduating student Chloë Webster, with help from fellow students in setting up the more technical aspects of the endeavour. Her course mate Hugo Altendorf, 22, was her co-host and helped curate the shows.

She was inspired by the rise of radio stations like Resonance FM, NTS and Peckham-based online station Balamii. "We started talking about how, during degree show week, the show can feel like it loses a little momentum after the private view," she explained. "I thought having a curated week of sound work, plays, podcasts and live DJ sets would help maintain interest. What I've really enjoyed about the station is the massive variety of things happening - it feels like Radio 4 meets NTS. "

Approximately 30 slots were filled by students, with fine artists joined by product and furniture design, graphics, and illustration students from across the School of Art welcomed into the booth. The curation team was also keen to get the surrounding community involved, with Shakil Ahmed, owner of Kingston vintage record shop Stax of Wax, invited to perform a set with some of the rarest records in his collection.

Chloë , originally from Wimbledon, realised hosting radio came naturally to her. "As a performance artist, I have experience of engaging other people with my work, allowing them to feel comfortable enough to be themselves rather than being led by me," she said. "Everyone approached the experience in a different way and brought different elements to each show."

With show titles including 'Moon Hour with Marine', 'This One is for the Becky and Francescas', 'Bantering Hour', 'Homosexuality in the Age of Hetreronomity' and 'Sushi Hour @ Christmas Dinner', listeners were treated to an eclectic mix of audio expression. Chloë  revelled in her role of station controller. "I'm curating rather than creating, giving students a platform to produce live sets as more fun forms of art is not as serious and more ephemeral. It doesn't have to cost a lot of money or space - art can occur within an hour of sound."

The week-long programme of shows also welcomed back some familiar faces, with alumni such as Poppy Moroney from Auto Italia and Panic Attack Duo taking the opportunities to talk about their work and how to navigate a post-university world. "It was a great opportunity to host a lot of people who had really interesting things to share," Chloë  said.  "When you're curating you're always sitting in reference to other people's practice - I've always been interested in the way collectives work and hope it continues to be a major part of my future."

As one of the only academics given access behind the scenes, Professor Mark Harris enjoyed a unique insight in to the workings of the station. "Talking for an hour is quite a skill. It was wonderful to be working while listening to discussions about the students' practice and their next steps within the art world," he said. "The teaching team has been really inspired by the students' work and the project has even made us consider setting up an audio archive our alumni can feed into on a more official basis."