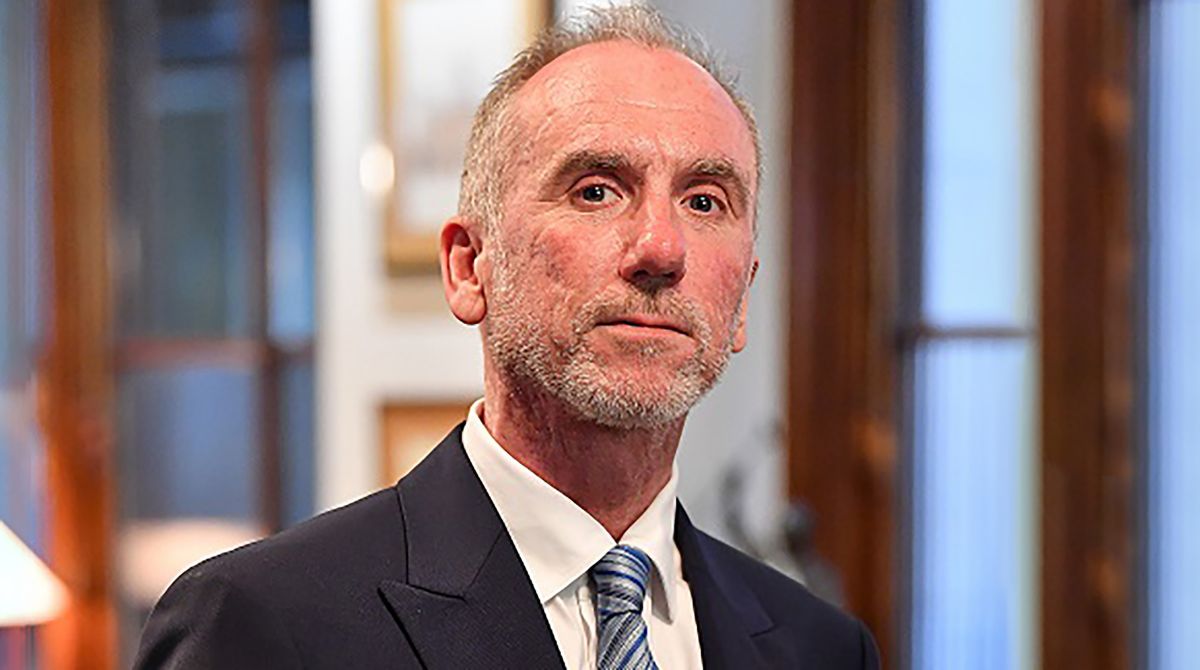 It's the ability and potential he sees all around him at Kingston University's Business School that excites him most in his latest role. "The raw materials here are fantastic - the location, the staff, the students, the research foundation, the business opportunities that surround us. I've fallen in love with what Kingston Business School offers," Roberts said.

The business management guru's passion for higher education is clear. "It's part of my life, it's is in my blood. Going to university - particularly as a teenager whose parents left school at 12 years old - profoundly changed my life," he said. Social mobility and removing barriers to success are themes laced throughout his career - from his early work coaching female senior leaders, to devising development programmes for Black and Minority Ethnic leaders in the NHS and working on social mobility programmes to increase opportunities for under-represented groups. The Black Country born business expert is a firm believer in channeling untapped potential, wherever it is found.

After studying management science at Warwick, the aspiring young graduate shunned the crowds of business alumni heading for the City, instead landing a role in the music industry seeking out new talent for record company Virgin. A brush with Ned's Atomic Dustbin was the closest he came to discovering the next big thing. After a year in the music business and postgraduate study, Roberts returned to higher education to take up his first role in academia in 1990 as a lecturer in organisational behaviour at Leicester Polytechnic, now De Montfort University.

Ten years later he headed back to the commercial sector to join a small consultancy in London, working on assessment and development of talent with big corporates such as Tesco, Vodafone and American Express. When the company was bought out by a firm of occupational psychologists led by Kingston University visiting professor Peter Saville, Roberts began to specialise in leadership development and coaching.

A move to the public sector followed. He worked extensively with the Office of the Deputy Prime Minister, led by John Prescott, as well as with senior leaders in the NHS and the Department for Education, and as a senior civil service coach at the Office for Public Management.

The cut and thrust of the commercial sector drew the sought after coach back to a senior role with a consultancy firm in Oxford, where he began to work increasingly within the creative industries. Virgin Media was a major client and he made a name for himself as an expert in developing leaders in the television and production industry.

Roberts came back to academia through consultancy work with the University of Derby, which culminated in him spending three and a half years as associate dean and head of Derby Business School. While there he oversaw its transition to becoming one of the highest rated university business schools in the country for student experience and employability, and engagement with its local community.

In 2016 Roberts set up his own creative industries leadership development business, Towards People, but was tempted back to higher education as interim head of Wolverhampton Business School a year later, taking him back to his Black Country roots. He then intended to return his focus to his business, but the opportunity to lead Kingston Business School was one he couldn't turn down.

"There are such solid foundations here - Kingston Business School is one of the few in the world accredited by AACSB, AMBA and EPAS; it's packed with potential and excellence," Roberts said. "There's also a symmetry for me in coming here. The biggest mentor in my life was Professor Ian Beardwell and he was at Kingston in the early part of his career. He employed me in my first academic role at Leicester - he was just so important for me, personally and professionally."

Roberts' ambition is for Kingston Business School to be known for excellence and impact in the three areas the University has identified as its key targets - its impact on students, impact through its research and impact with the local community and commercial clients.

"I'm commercial at heart, with a strong intellectual curiosity and belief in the transformative nature of higher education. I want to make Kingston Business School a sought after place to join, study and do business with," he added.

Dean of the Faculty of Business and Social Sciences Professor Jill Schofield said Roberts' energy, commitment and determination, coupled with his wealth of experience, would see Kingston Business School thrive under his leadership.

"Ian's commitment to sharing knowledge and the energy and determination he dedicates to inspiring and enabling those around him will enrich Kingston Business School and all that it has offer its students and staff," Professor Schofield said. "His creativity and passion for innovation, along with his extensive commercial and public sector experience, mean this is the start of a very exciting journey for the Business School under his leadership."