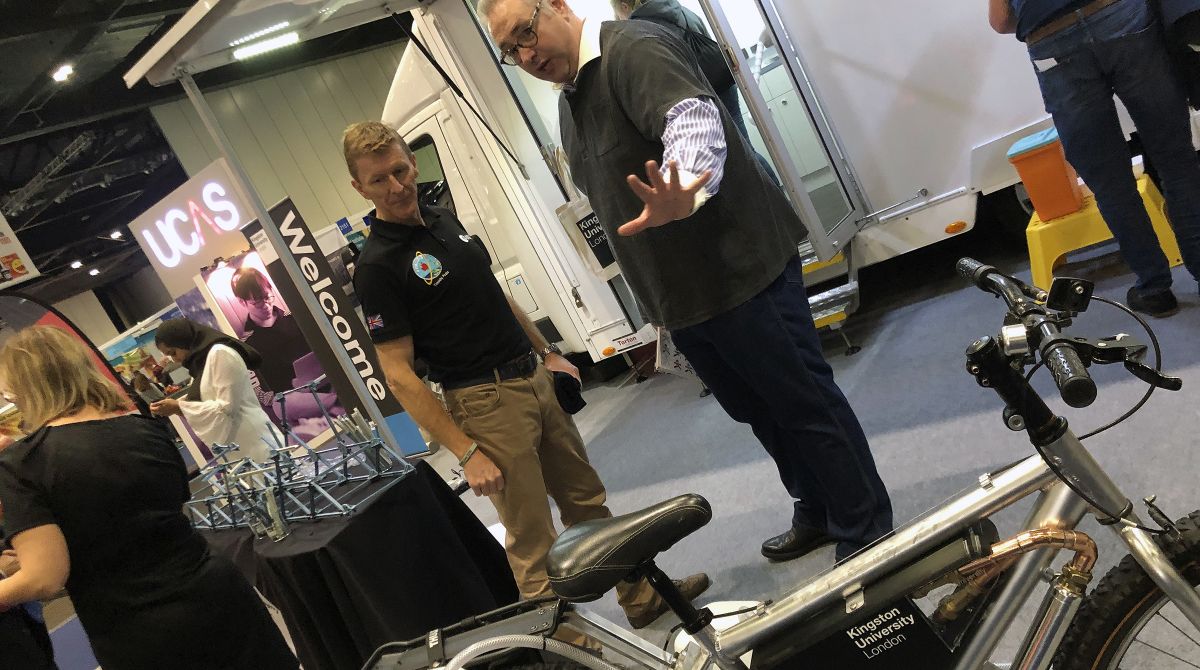 British astronaut Tim Peake - one of the guest speakers at the event - was among those visiting the Kingston stand to speak to academics and student ambassadors from the Faculty of Science, Engineering and Computing. The University's lab in a lorry, which opens up the world of science to school children across the capital, was set up in the engineering zone of the exhibition. Visitors were able to examine everyday items created using a 3D printer and try out a host of science, technology, engineering and maths equipment ranging from the NAO interactive humanoid robot to a prototype bicycle that can suck water up from a river or well by pedalling backwards.

Senior lecturer in space engineering Dr Malcolm Claus said: "It's been a great first day at New Scientist Live, where young people have had the chance to interact with our robots, take part in bridge building tasks, try out the prototype for the bicycle sucker developed as part of the Primary Engineer Leaders Award competition and learn more about what we offer here at Kingston University.

"It was fantastic to see Tim Peake here too, he was really interested to hear about our outreach activities as well as the hands-on work we do at the University teaching the next generation of engineers, many of whom will go into industry and support the likes of Tim and his colleagues to push the boundaries of space exploration."

Across the four-day event, which runs until Sunday and is billed as the world's greatest science festival, more than 120 speakers and presenters, including a line-up of leading scientists, astronauts, engineers and celebrities, are giving talks across six stages. The University is among 150 companies and organisations showcasing ground-breaking technology and research, accompanied by a host of interactive experiences demonstrating how the latest scientific advances are changing the world we live in today.

Chère Reade-Edwards, STEM outreach officer, said: "It's important for the University to be at events of this scale where we can engage with a whole community. It allows people of all ages to interact with us, see what we are doing, how we are educating our students and learning from others, and ultimately working to make the world a better place." 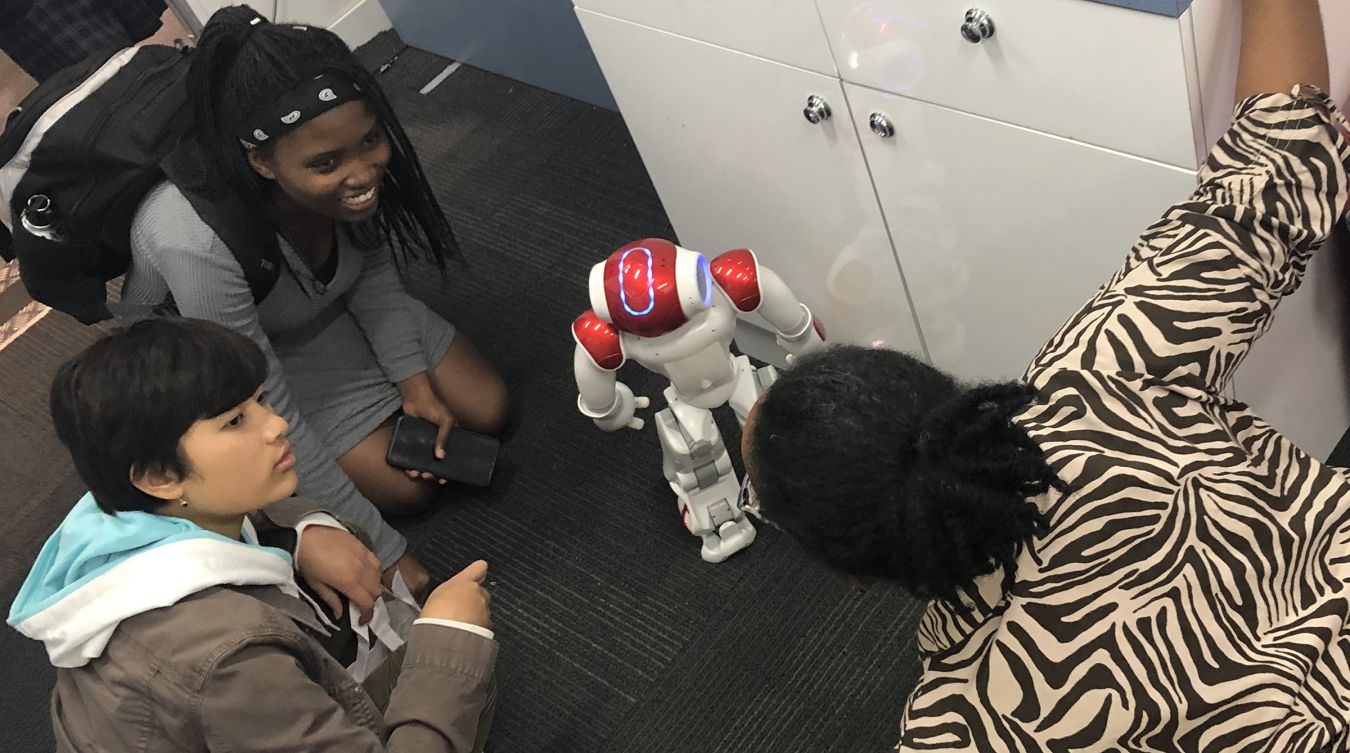 Visitors had the chance to interact with some of the University's outreach activities, including NAO the humanoid robot.