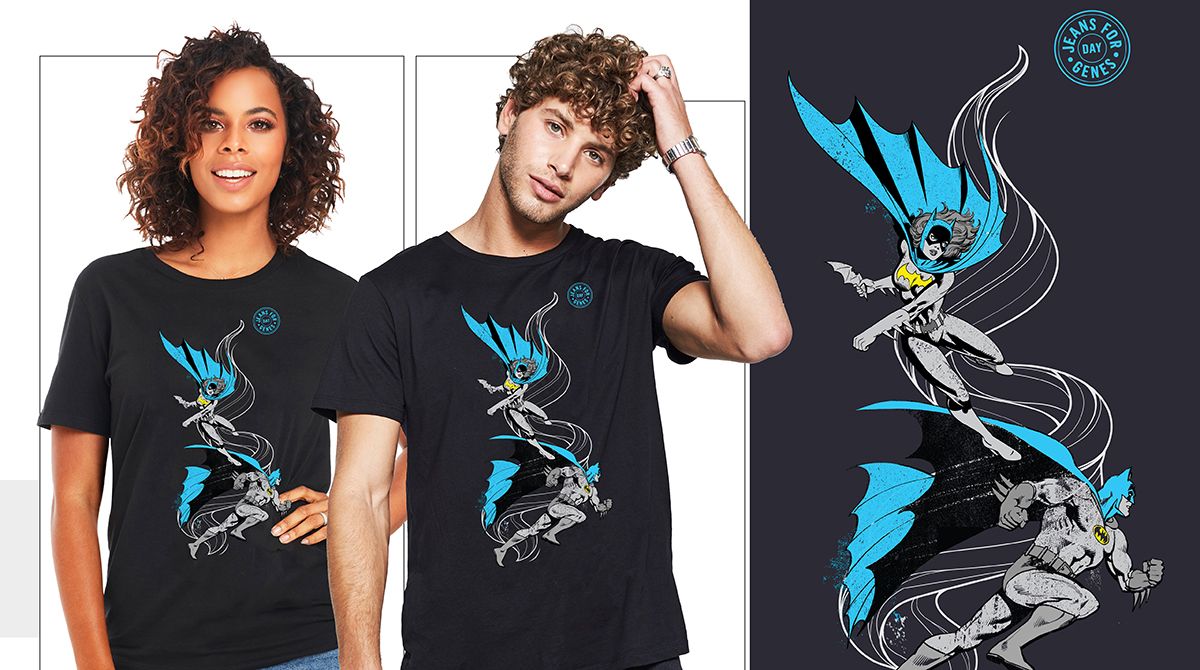 The striking graphic of Batman and Batgirl in motion against the backdrop of a swirl - representing the DNA double helix structure - was printed as a limited edition design and sold nationwide to raise vital funds to support children with genetic disorders and their families.

It was created by postgraduate graphic design student Chayanis Jumrus, who was one of 40 Masters students invited to submit a proposal for the campaign as part of a collaboration between Kingston School of Art, Jeans for Genes Day and Warner Brothers UK.

The students were challenged to come up with a unisex design, suitable for both adults and children, that conveyed a message about genetics and featured Batman and Batgirl ‘fighting for a good cause'.

Chayanis, an international student from Thailand, said it was a challenging brief and one that developed in consultation with the client. "I had to create a strong idea to help communicate a very important message for the charity," the 28 year old said. "My initial idea was to represent the DNA structure and to symbolise male and female versions through different colours. The design then developed to include the two superheroes."

The student's winning design was selected by a distinguished panel of fashion experts including Glamour UK's Fashion Director-at-large, Alexandra Fullerton, Head of Fashion at the London Evening Standard Maurice Mullen, Coleen Rooney and Made in Chelsea star Louise Thompson. 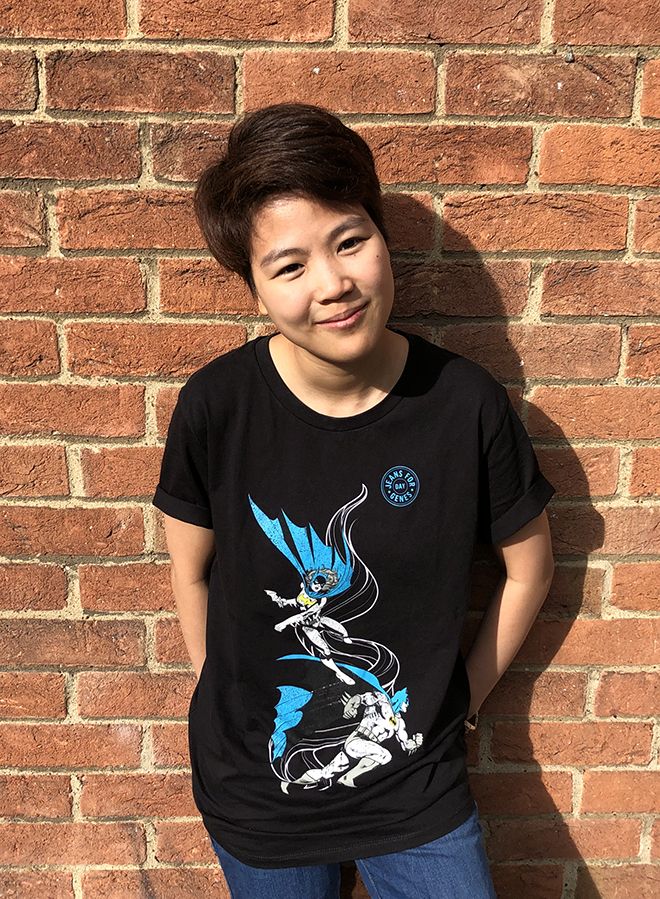 It has since been modelled by a plethora of celebrities supporting the Jeans for Genes Day campaign, including former Girls Aloud singer Kimberley Walsh and Love Island star Eyal Booker, and her work has been profiled across national and regional media.

Chayanis said she had to work around the clock to complete the T-shirt design alongside her studies, but said it had all been worth it after the final versions of the T-shirt nearly sold out and had to be re-ordered twice. "It has been an honour to work with Jeans for Genes and to be able to use our artistic skills to help other people," she added.

The course leader for the Communication Design: Illustration MA at Kingston School of Art, Paul Postle, said students had created their designs as part of the Creative Futures course module, which focuses on enhancing their employability. "Industry collaborations such as this really help students understand how to put their design and research skills into practice and how that can be applied to a brief," he explained. "The emphasis is on preparing them for the real world. To work with a client and meet their requirements, which might change during the process - that's reality," he said.

The collaboration is in its second year and the experience gained had been invaluable for the students involved, Mr Postle said. "We are doing something positive for social change and working with the wider community," he said. "The project has given Chayanis great exposure and recognition for her creative talent across media and social media, which is very rewarding. It's exciting to see how far awareness of her work has travelled."

Jeans for Genes Day Marketing and Communications Manager, Lina Abdulkarim, said: "Following a very successful collaboration in 2018, we were thrilled to be partnering with Kingston School of Art for a second year on our prestigious T-shirt design competition. On behalf of all the children, charities and patient groups we support, we would like to say a huge thank you to Kingston School of Art and their extremely talented students for all their hard work."