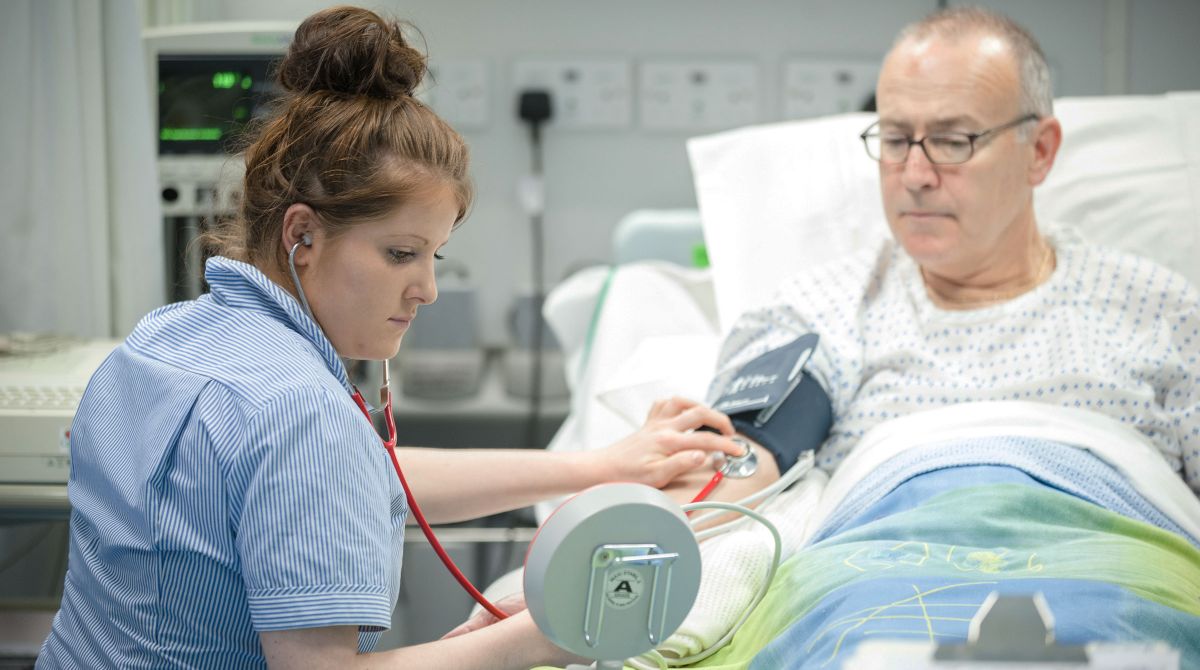 The nursing practice of intentional rounding is more about 'ticking boxes' than providing quality individualised care, according the partnership study involving Kingston University and St George's, University of London.

The research, the first of its kind, was conducted by experts in the Faculty of Health, Social Care and Education and Kingston Business School alongside lead researchers at King's College London. It was commissioned and funded by the National Institute for Health Research to investigate the impact of intentional rounding in hospital wards on the organisation, delivery and experience of care. It found that the practice makes only a minor contribution, if any at all, to the way nurses engage with patients.

Intentional rounding is a protocol of standard regular checks with individual patients at set intervals and was introduced to hospitals in England in 2013 as part of the government's response to care failures in the NHS.

Evidence from the study suggested intentional rounding placed emphasis on transactional ‘tick box' care delivery rather than individualised care. However, patients were found to value the more relational elements of their interactions with nursing staff, which occurred when nurses delivered care activities other than intentional rounding.

The practice was implemented without consultation, careful planning or piloting, with the government keen to roll out the practice quickly following the Francis Inquiry Report into care failures in the NHS, the research said. It also found the protocol equipped nursing staff with a safety net against allegations of poor practice because it provided evidence of care delivery.

The study has international relevance with the approach originating in the United States of America and, more recently, adopted in both Canada and Australia.

In England, the research found intentional rounding was widespread, with 97 per cent of NHS acute trusts using it in some way. Most of these adapted the practice to include additional clinical components of care, demonstrating the protocol developed in America of the four Ps – position, pain, personal needs and placement of items – was not enough to support the delivery of fundamental nursing care in England.

An earlier phase of the study, also led by Professor of Health Care for Older Adults at King's College London Ruth Harris while in her previous role at Kingston and St George's, identified eight theoretical explanations of how intentional rounding was thought to work but the findings of the new report discovered only two of these were supported.

In conclusion, the report recommended caution when considering adopting practices from healthcare systems in other countries to help in times of a crisis of public confidence such as the Mid Staffordshire failure of care case.

Professor of Health Research at Kingston and St George's Fiona Ross, who was part of the research team, said the report had highlighted the need for more individualised care in the NHS. "Intentional rounding has its benefits, but it shouldn't be the only game in town. Our findings show that senior managers and nurses see beyond just ticking boxes and want time to provide care for the whole patient," she said. "Intentional rounding is a paper-based exercise and overlooks the patient and nurse relationship, which is central to good care. Few of the frontline and senior nursing staff we spoke to felt intentional rounding actually improved the quality of care or the frequency of their interactions with patients and their families," Professor Ross added.