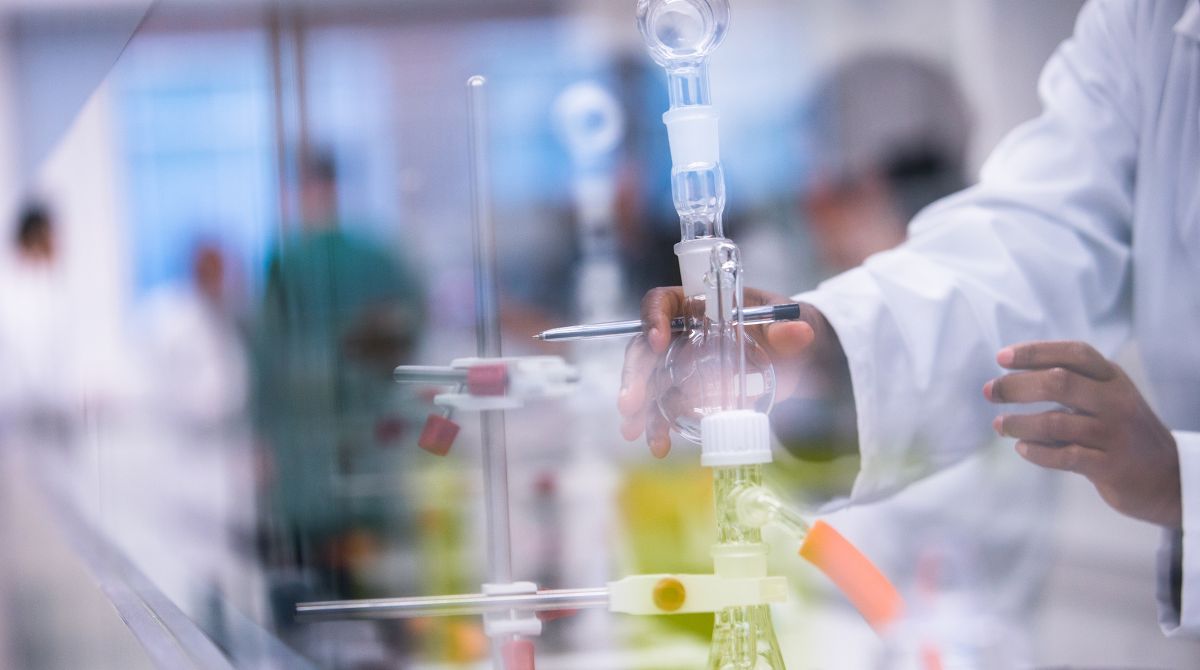 With the growing threat of antimicrobial resistance, the loss of herd immunity due to dropping vaccination rates and an increase in chronic, long-term conditions due to an ageing population, introducing new drugs and approaches to treatments would be of critical importance to global healthcare going forward, the delegates heard.

At the inaugural symposium on organic synthesis and drug discovery, researchers in biology, chemistry and pharmaceutical science from institutions including the University of Oxford, Imperial College London and the University of Birmingham presented their latest findings and discussed potential collaborations at Kingston University's Penrhyn Road campus.

The event, which was part-sponsored by the Royal Society of Chemistry alongside several other companies, presented an opportunity to explore the challenges facing the industry, as well as providing a forum for academics and students to learn more about the latest innovations in drug synthesis and discovery, according to Kingston University's Dr Stephen Wren, who organised the symposium.

"There are many unmet medical needs in the world and this event has enabled us to bring together world class researchers, along with those in industry, to talk about how we can speed up the discovery of new medicines and get agents that work into the clinic as fast as possible to provide the maximum benefit to patients," the lecturer in organic and pharmaceutical chemistry said.

"Industry plays a key role at all stages of drug discovery, from pre-clinical to expensive clinical trials. It's important academics and students can engage with those industry partners to learn more about the drug discovery process and how industry can help universities' propagate their ideas and take an early discovery all the way to the clinic."

A key issue currently facing medicinal chemistry and drug discovery was the high failure rate of new drugs reaching clinical trials, according to Professor Angela Russell, of the University of Oxford, who was one of the keynote speakers.

"One of the approaches we are taking is to go back to the way drugs used to be discovered historically," she said. "This is based on phenotype - finding molecules that alter the phenotype of a cell or organism to produce a desired effect. I think there's huge promise with that approach to more effectively deliver drugs in the future.

"The research I do bridges synthetic chemistry and applications in biology and medicine, so to have an event that brings together researchers at the cutting edge of basic synthesis all the way through to clinical application is hugely important. There aren't many events like this, certainly one day symposia that bring together people with that expertise in one sitting."

Attendees also heard from several Kingston University experts about their work. They included Dr Natasha Hill, whose stem cell research could lead to laboratory-grown beta cells being used to treat both Type 1 and Type 2 diabetes, and Dr Adam Le Gresley, who has been part of a team that has developed a rapid test for the detection of Staphylococcus aureus - a bacteria that can cause life-threatening illnesses.

Professor John Fossey, an expert in molecular synthesis from the University of Birmingham, said it was vital that researchers had access to forums such as the Kingston University symposium to share their work and learn from others in related fields.

"It's vital we consider both the making of molecules and what they can do," he said. "In our latest work we've found the molecules we've made are really active against multi-drug resistant tuberculosis.

"That's important because drug resistance is becoming a real problem, especially across northern Europe, Asia and parts of Africa where the drugs just aren't working any more. Hopefully through connections we make together, we can take our projects to the next level. We need to foster those collaborations that can take us from the laboratory bench right the way through to treating patients in the clinic."