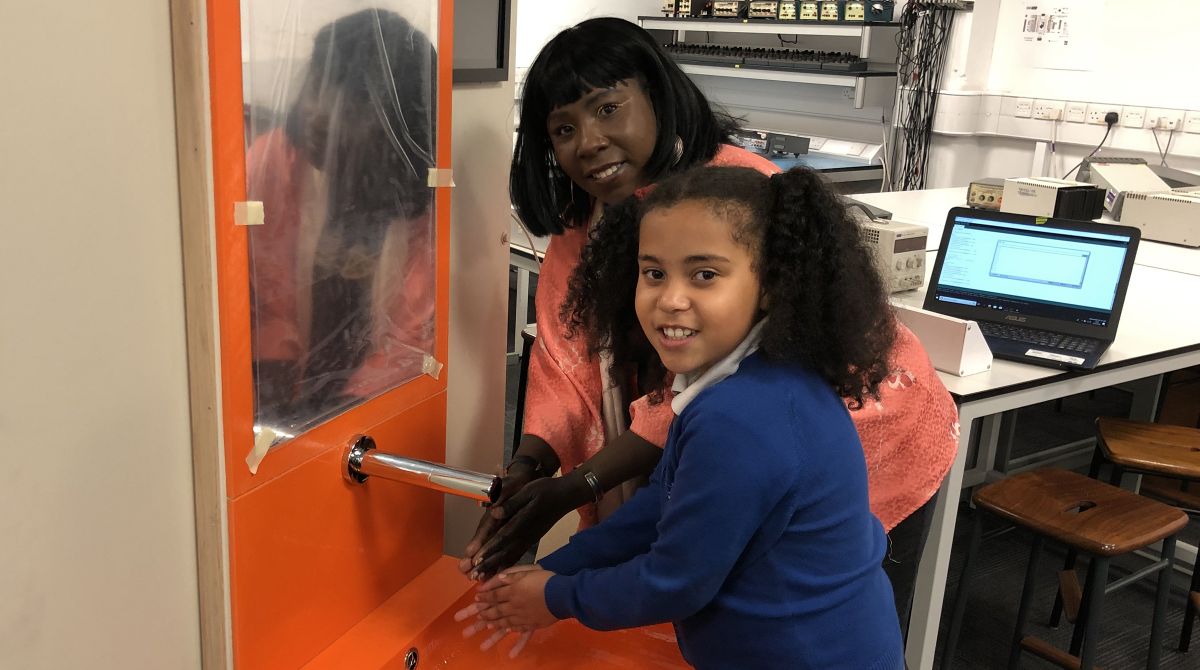 Savannagh Dunne with her mum Faye and the adjustable sink built by Kingston University staff and students.

A North London schoolgirl's idea for an automated height-adjusting sink to help her mum during her cancer battle has become a reality thanks to Kingston University staff and students.

Abacus Belsize Primary School pupil Savannagh Dunne, from Camden, has been helping care for her mother Faye Hamilton throughout her five-year fight with chronic lymphocytic leukaemia – a cancer that affects the blood and bone marrow – and has had to help her get to the bathroom when she is struggling.

When the then-seven-year-old was asked by her school to take part in Primary Engineer's 'If You Were An Engineer, What Would You Do?' competition to come up with a solution to an engineering challenge last year, she sketched out an idea for the Extending Sink 6000 that could rise or lower depending on the user's needs to make her mum's life easier.

Savannagh was delighted when the design went on to be chosen by Kingston University – the institutional partner for the competition's London region – as one of three concepts that engineering students and technicians would turn into reality by creating a working prototype. The finished product features a 3D printed basin and a camera system that scans the skeleton of the user before lowering or raising the level of the sink and mirror to the optimum position.

"Savannagh loves science and is always coming up with inventions," Ms Hamilton said. "Her idea for the competition was for a sink that goes up and down, so if someone is in a wheelchair or is sitting on the floor, the sink can lower to them. It wasn't until we were invited to an event at the House of Commons as a guest of Primary Engineer that I heard her telling someone she came up with the idea because of my cancer. It was so overwhelming, she'd never told me. 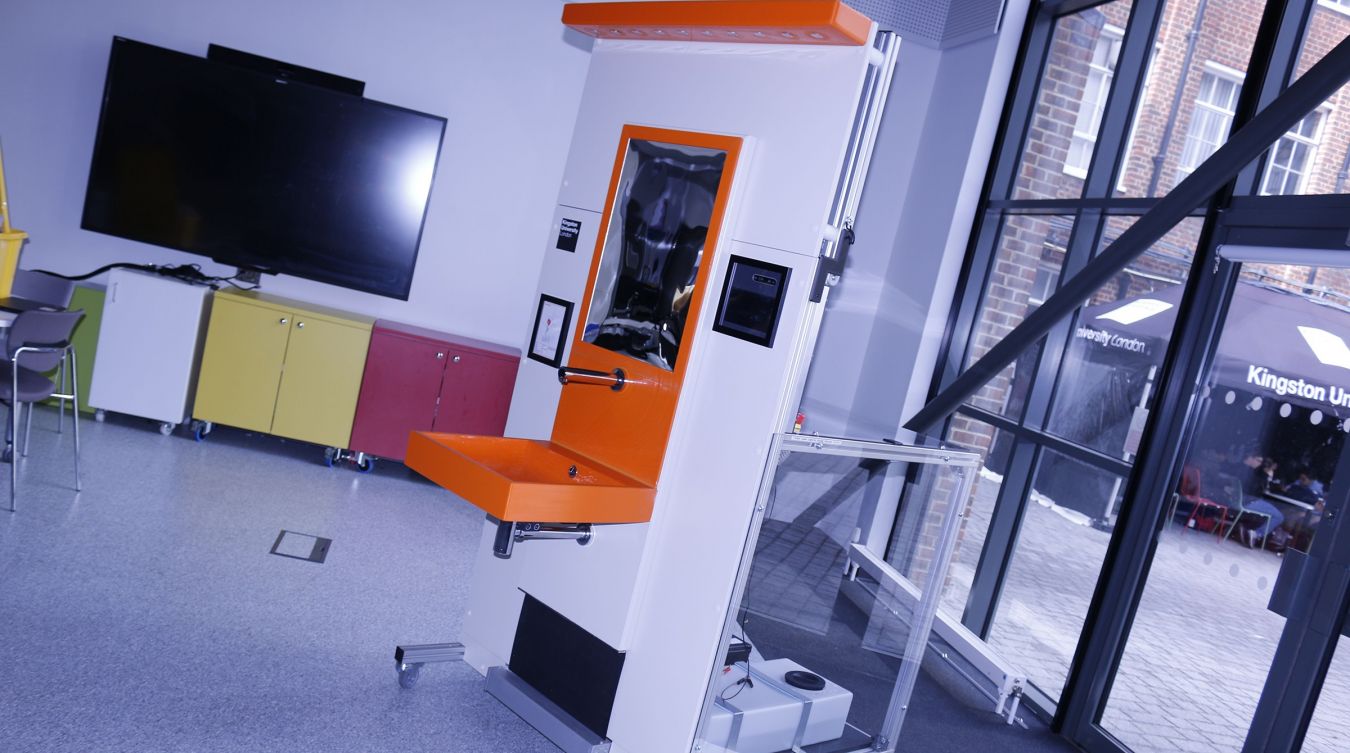 The finished sink prototype built by Kingston University staff and students based on Savannagh's design.

"I was diagnosed when Savannagh was two, so it's all she's ever known. It's a type of cancer that goes in and out of remission and can cause extreme fatigue. Sometimes I'll be speaking to her and then just fall asleep. She's such a caring daughter, she's always thinking of how life could be made better for people and helps me around the house when I'm not well."

Kingston University technical officer Sean Wogan worked on the project with a group of engineering students from a range of disciplines, starting with Savannagh's initial sketch and a blank piece of paper before going through how each aspect of the design could be realised.

"What you tend to find is the ideas young children come up with as part of this competition either address global problems they've been taught about in school, such as plastics in the ocean, or are very personal solutions, as in Savannagh's case," Mr Wogan said.

"It's so important for the children to see their design come to life. It inspires others and helps get more people interested in science careers from a young age. The Kingston University students who work on the project get a huge amount out of it as well. We went to Savannagh's school to show the pupils some of the pieces being built and it's really rewarding for our students to see the excitement their work generates."

The completed prototype went on to form part of a Wall of Fame exhibition at Gatwick airport through its partnership with Primary Engineer's 'If you were an engineer, what would you do?' competition. The airport's 125,000 daily visitors were able to vote for their favourite creations during a three-week long exhibition, with Savannagh's design topping the poll.

"When we first came into Kingston University to see the prototype, Savannagh was so excited – she loved the colour and was fascinated by how it worked," Ms Hamilton said. "She kept saying 'I can't believe they've actually made it mum!'. It was so lovely to see. For it to go on to be displayed at Gatwick and chosen by the public as their favourite was even more astonishing. I think when she's older there's every chance Savannagh will go on to be an engineer – she's got such a creative mind and is always thinking up new ways to do things."

Chris Rochester, UK Director of Primary Engineer added, "Savannagh's design is a fantastic example of how young people identify with engineering through the 'If you were an engineer, what would you do?' competition by identifying a problem and designing a solution to it to make the world a better place  I'm looking forward to seeing the designs pupils from around the country come up with for the competition this year and also the unveiling of the pupils' designs Kingston University are currently bringing to life."