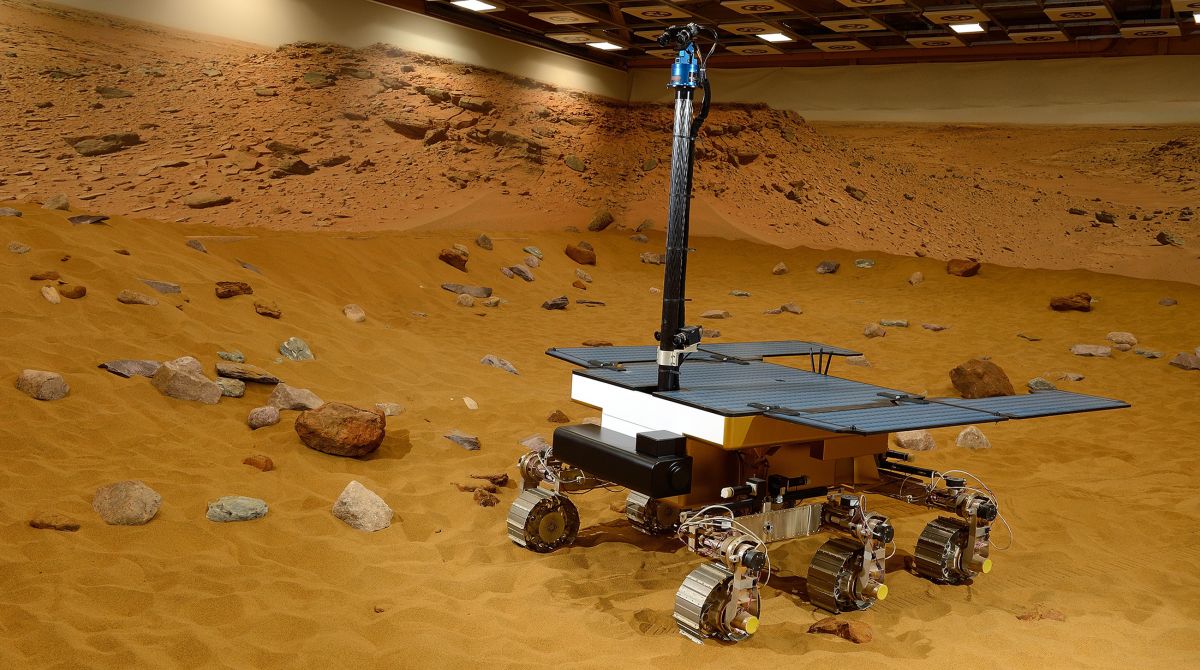 The ExoMars Rover Rosalind Franklin was built at Airbus' Stevenage facility, with the mission to the red planet set to launch this summer. Here the test rover, Bruno, is pictured at Airbus' 'Mars yard' test area. Photo: Airbus

Mahilal De Silva has been playing a leading role in the construction of the six-wheeled robotic vehicle for the landmark mission at Airbus' Stevenage facility. Named the Rosalind Franklin after the British DNA pioneer, it is the first Mars rover specifically designed to find evidence of past or present life.

The ExoMars project – a joint mission of the European and Russian space agencies ESA and Roscosmos – is set to launch in 2022, after its initial launch date of July 2020 was postponed to allow for further testing. Once there it will use a 2m drill to dig into the ground in a bid to detect living or fossilised microbes.

Mr De Silva, who graduated from Kingston University in 2000, has been working for Airbus for the past 15 years and was lead assembly, integration and test (AIT) mechanical engineer on the rover build. The opportunity to lead a team of skilled engineers and technicians working on such a significant space exploration mission had been one of the highlights of his career, the aerospace engineering graduate said. 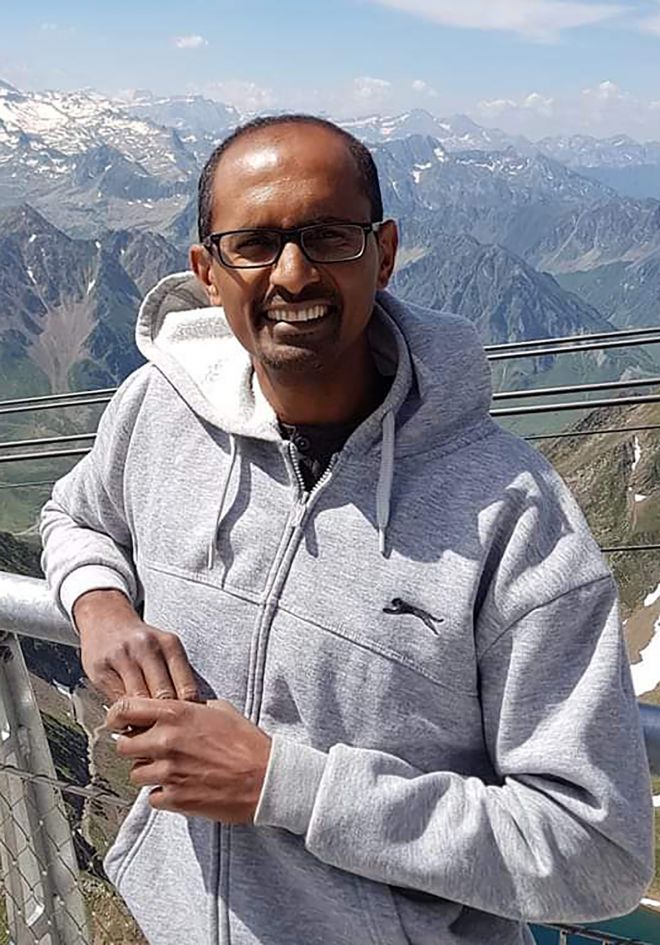 Kingston University graduate Mahilal De Silva."Being part of the ExoMars rover project has been a major milestone in my life," he said. "From an engineering perspective, this is one of the most complex projects imaginable, with several countries working on individual aspects of the mission.

"A key challenge for us was the need to construct the rover in completely sterile conditions, which meant the entire team had to be fully covered in special garments to prevent any contamination. Keeping everything clean was paramount and while it was difficult working in full suits, we mastered the process and soon got used to it."

The Airbus team's work on the rover began two years ago, taking in several design phases including the construction of a structural thermal model before moving on to a proto-flight model.

"A project like this presents a serious engineering challenge as this is something that's never been built before in Europe," Mr De Silva said. "The structural thermal model gave us the opportunity to understand and test the unique mechanical and thermal characteristics the rover would face in an unforgiving Martian environment. We then implemented everything we learned into the proto-flight model and, from there, to the final vehicle."

The construction of the rover was completed in August last year. Since then, Mr De Silva has been based at Airbus' headquarters in Toulouse, France, where testing has been taking place.

"When I was younger I was fascinated by space and the question of whether we were alone in the universe, so working on this mission has been a dream come true," he said. "Before this build, I was working on BepiColombo, the European Space Agency's science satellite mission to Mercury, which was equally amazing to be part of. 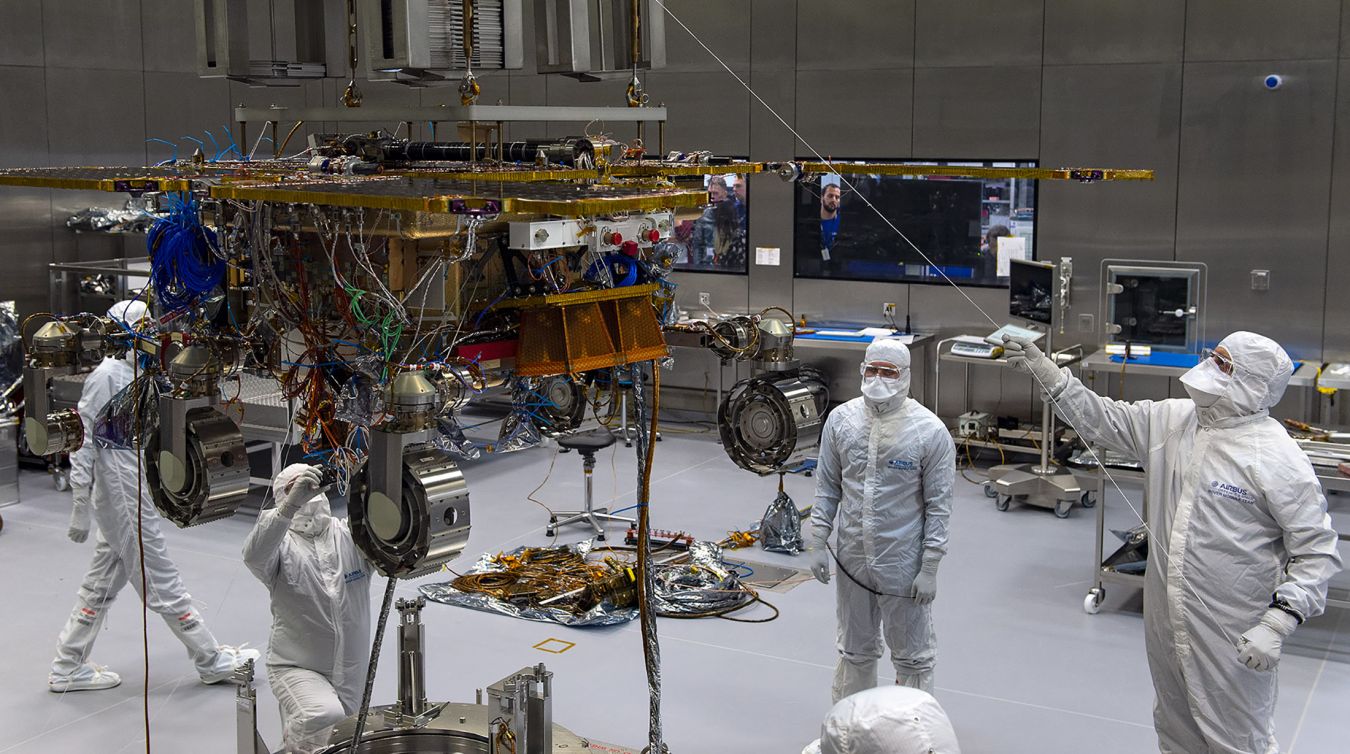 A team of skilled engineers and technicians led by Kingston University graduate Mahilal De Silva work on the Mars Rover build at the Airbus facility in Stevenage. Photo: Max Alexander/Airbus

"My degree at Kingston University gave me a really strong technical grounding and so much confidence as a young engineer. It provided me with a great foundation to move into the space industry, build on the skills I'd learned and end up getting the opportunity to work on projects of this magnitude."

There had never been a better time to be an aerospace engineer in the United Kingdom, with a number of opportunities opening up across the country, Mr De Silva said. "It's fantastic to see the nation's space industry growing as it has in recent years. My advice to current aerospace students would be to make sure they understand their capabilities, believe in themselves and set clear targets for their careers," he added.

"It's a specialised industry so learning the engineering fundamentals, while developing hands-on experience is crucial. But most of all, they should enjoy it and demonstrate the passion they have for what they do."

Find out more about undergraduate and postgraduate engineering courses at Kingston University.