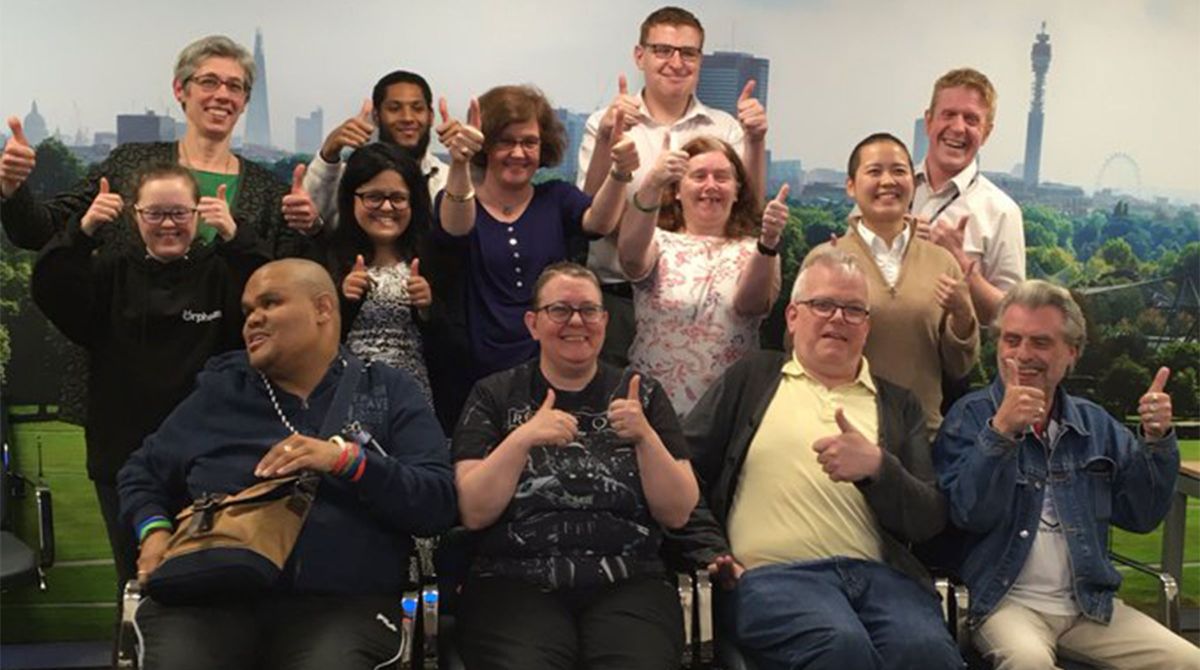 The pilot course has allowed 10 people with learning disabilities to train as researchers.

A pioneering programme to help people with learning disabilities become researchers has been launched by Kingston University and St George's, University of London.

Funded by the National Institute of Health Research, 10 students took part in the eight-week pilot and learned through theory and practice about what research is, what different methods there are, how to conduct focus groups and how to make the best research questionnaire.

Professor Tuffrey-Wijne was impressed with the way the students became independent during the course by creating and seeing through their own research projects and seeing them through to completion. "This course has shown that people with learning disabilities are able and willing to do research. They chose a topic that was really important to them, which was investigating why more people with learning disabilities don't have jobs, and found that it's not a case they can't contribute to society but more that they don't get the chance – whether that's through not getting chosen for a job or even to the interview stage," she said.

One of the students on the course, Richard Keagan-Bull, reinforced this point and said people with learning disabilities aren't always seen and heard. "People shouldn't judge a book by its cover – you need to look inside to see what a person can do. It is good for people like myself to get the opportunity to go out in the world and to do the normal things that other people do," he said.

The course has had such an impact on the students that they have helped, along with Professor Tuffrey-Wijne, to write an article about it and its benefits which has been submitted to an academic journal.

After completing the course Shabnam Mohamed-Khan, one of the cohort, was offered a voluntary work placement with Croydon Mencap to research what activities adults with learning disabilities like to do.

Due to the success of, and interest in, the course Professor Tuffrey-Wijne is now hoping to offer it on a regular basis – if extra funding can be sourced. "It's gone even better than I could have imagined but this eight-week pilot was only an introduction to research. The students have expressed a huge interest in wanting to learn even more and, after seeing what they can do in such a short space of time, it would be amazing to offer this more widely and give people with learning disabilities the chance to become researchers and make a difference for future generations," she said.