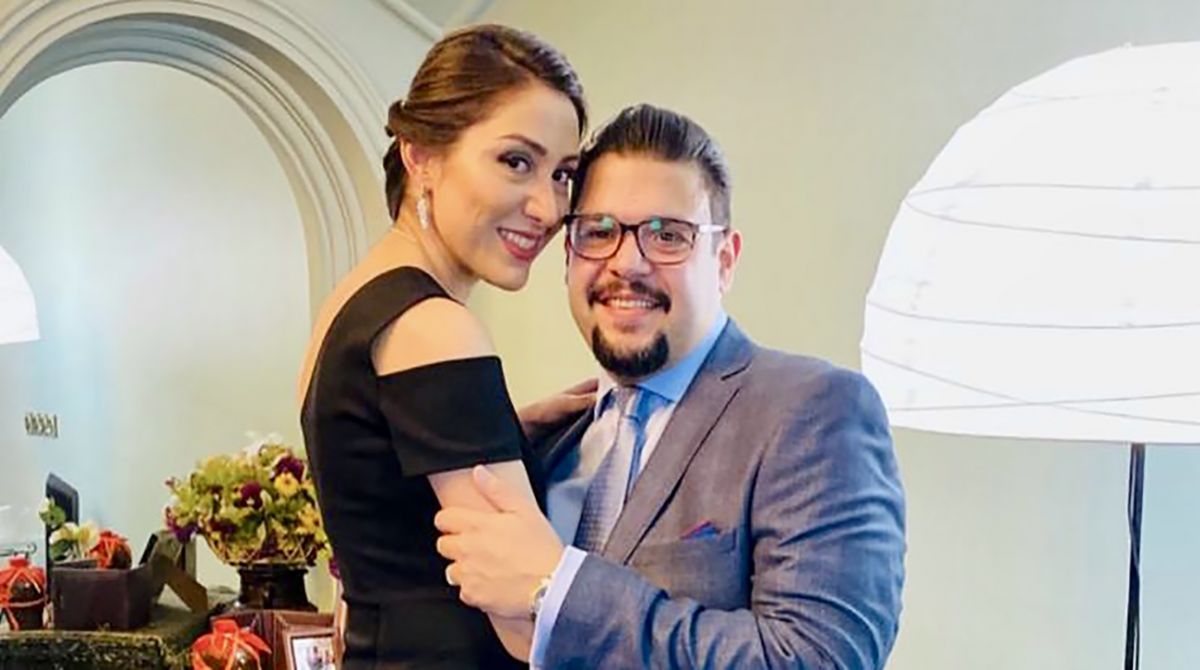 Niloufar was one of the passengers on the Ukraine International Airlines flight downed in Iran in January, just three weeks after her wedding celebrations. She was returning with her husband Saeed Tahmasebi Khademasadi to London to start their married life together at the time of the tragedy and had been due to graduate earlier this year after completing an MSc in Occupational and Business Psychology.

Remembered by her family as an enthusiastic, hardworking and driven student, Niloufar began her Masters at Kingston University after completing a computer engineering degree in Iran. She enjoyed caring for others and had been looking forward to starting her career after graduating, having undertaken charity work for not-for-profit international development organisation Voluntary Service Overseas (VSO) alongside her studies.

Among those attending the ceremony at the Kingston Hill campus on Saturday 29 February were Niloufar's parents Shahin and Masood, Saeed's parents Sara and Ardeshir and Saeed's sister Sally.

Also present were some of Niloufar's course mates, current and former staff members from across the University who wanted to pay their respects, as well as dissertation supervisor Taslim Tharani, who remembered Niloufar as a warm, fun and kind student with a beautiful smile. 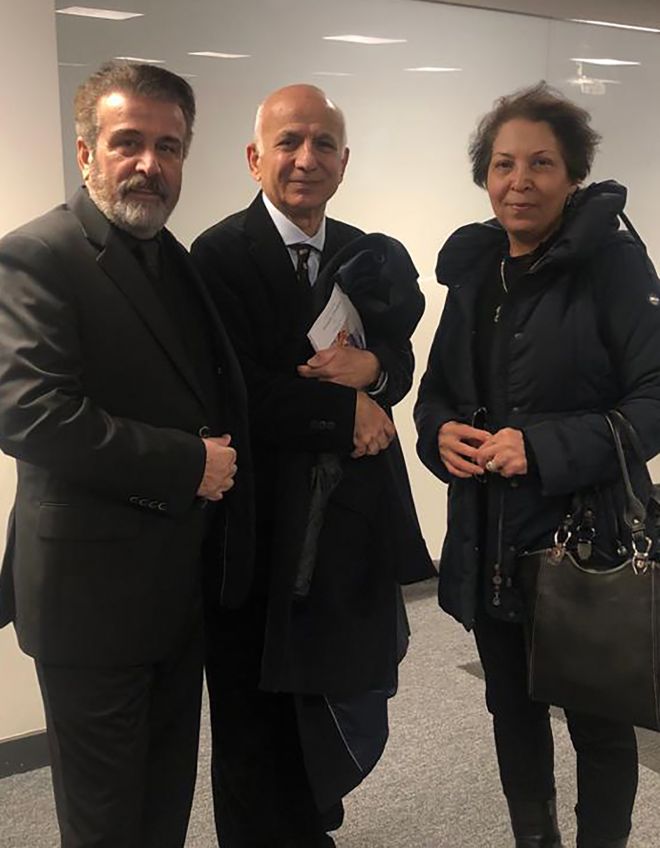 Niloufar Ebrahim's parents Shahin and Masood with former Kingston University staff member Dr Bahram Ghiassee (centre) at the memorial service.Memories of Niloufar were shared by her loved ones during the service, while a poem by former staff member Dr Bahram Ghiassee was read aloud. A plaque remembering Niloufar was then added to the campus' memorial garden and purple and white rose bushes planted in her memory.

Associate Dean of Education in the Faculty of Business and Social Sciences Dr Steven Bastow, who welcomed family members and other guests to the ceremony with the University's faith adviser, Louise Walton, said: "Niloufar was about to graduate from her MSc in Occupational and Business Psychology at Kingston when she and her husband were so tragically taken away from us, just a week before she was due to graduate. While I did not have the pleasure of meeting Niloufar when she studied at Kingston, I have been told what a wonderful person she was – funny, warm, and well-liked.

During the ceremony, Kingston School of Art music student Marwa Fahmy played Bach's Partita No.2 Allemande and Air on the G String on solo violin, having been invited to provide musical accompaniment by the Faculty. Tributes to Niloufar were shared on behalf of her fellow students by course mate Alice Mukabalisa, who spoke of how she had been an inspiration to them all. "Niloufar was kind to everyone," she said. "Even when we worked in groups, she was always so motivated and worked so hard and we all respected her for that. It breaks my heart that she wasn't there to graduate with all of us. She will always be remembered among her friends and all the people who loved her."

In a recorded message played during the ceremony and written by the family, Niloufar's sister Navaz said: "What we remember from Niloufar and Saeed are love, joy, hope and peace. They were each other's true soulmates. Sadly they left us too soon. They are always missed, but always remembered in our minds and eternally live within our hearts." 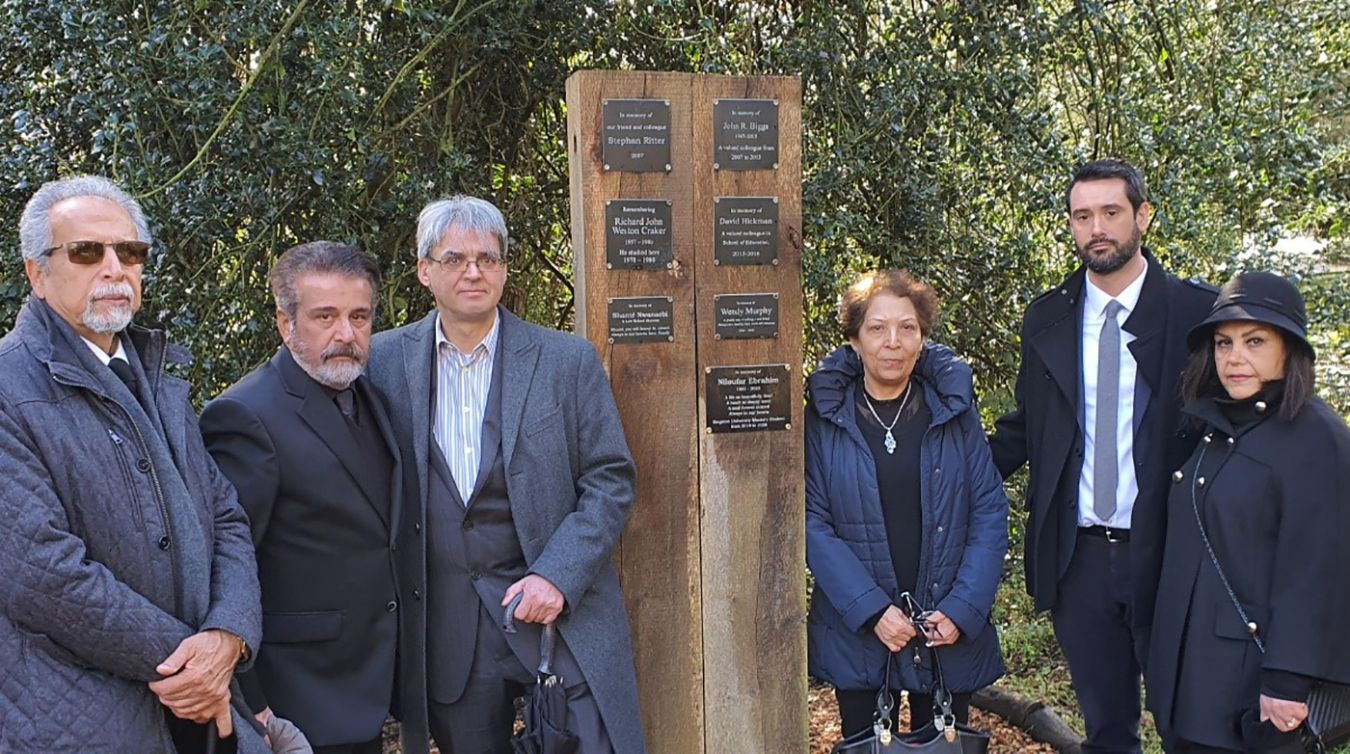