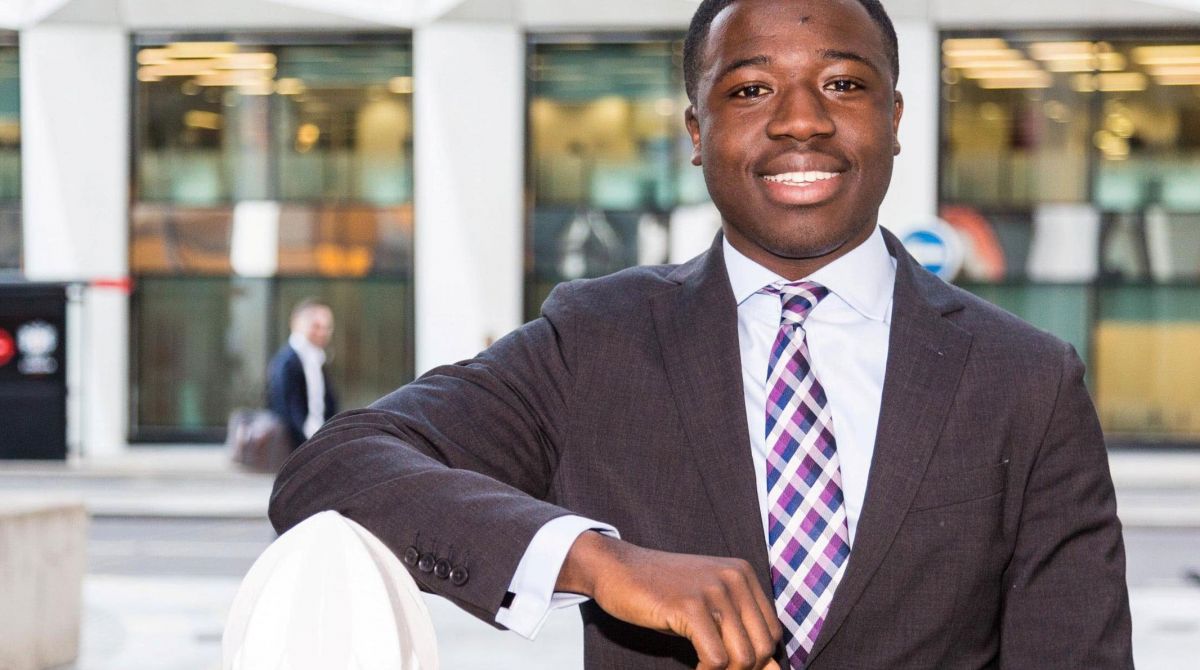 An economics graduate from Kingston University is set to publish a memoir about how he defied the odds to go to study for a degree before embarking on a successful career in investment banking in the City of London.

Reggie Nelson grew up on a council estate in East London and had to overcome many hurdles to go to university when many of his peers didn't pursue higher education. He was told he had three options when it was time to leave school - play football, make music or get into crime.

A streak of determination and initiative, however, led to a fortuitous meeting with Quintin Price - then Chief Investment Officer at global asset management firm BlackRock - after Reggie had spent hours knocking on doors in affluent Kensington and Chelsea seeking career advice. In Mr Price, Reggie found a trusted friend and mentor who helped him on his career path by introducing him to the world of finance and advising him to go to university.

The 24 year old is currently turning his life story into a memoir which he hopes will inspire other young people and shine a light on the issue of social mobility. "Social mobility is something I'm really passionate about," Reggie said. "For me, personally, being from a minority ethnic background has never been an issue, but it's something that can affect you indirectly.

"If you aspire to be a Member of Parliament, for example, and can't see any MPs that look like you, then it raises questions. You want to see more people who like you in high-level jobs and when you don't, you start to question how things are," he said. "But it hasn't held me back so far, and that's a credit to my firm," he added.

After meeting his mentor, Reggie undertook work experience and then an internship at BlackRock, where Mr Price said he impressed colleagues with his positive attitude, good manners and high level of engagement. He was subsequently offered a place on an economics degree in the Faculty of Business and Social Sciences at Kingston University. During his studies he sought out and completed four more internships at investment firms and asset companies before graduating in 2017. 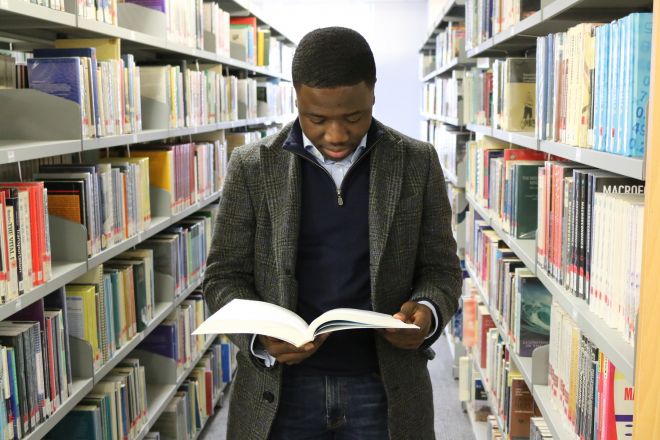 Now he is nearing the end of a two-year graduate programme in the investments and client business team at Legal and General and plans to stay there to continue his burgeoning career in the City. "The programme has given me good scope for learning about the industry. I've learned a lot about our different investment products, but also about dealing with clients," Reggie said.

"The internships helped me to progress - having that practical understanding of what I'm going to be doing day to day was very useful and gave me tangible examples to have on my CV when applying for other roles," he added.

An advocate for diversity and inclusion, in particular in the corporate world, Reggie has been taking his story nationwide - and even worldwide - to advise companies and inspire students through keynote speeches and workshops. He sometimes partners up with Mr Price to tell their shared story. "Knowing where I came from and the route I took to get where I am today, if I can repay that by helping other people realise their potential that's really rewarding," he said. "Sometimes I hear later that someone managed to get an internship or job after being spurred on by my talk and that's very gratifying."

The graduate is group chair of the Association of Chartered Certified Accountants' (ACCA) Emerging Talent Advisory Group, which was set up to create a level playing field for students from socio-economically disadvantaged backgrounds and help them develop skills sought after by employers.

He is keen to use his experience to influence policy, working with the Cabinet Office on initiatives to tackle ethnic disparity in higher education, and previously working with then-Prime Minister Theresa May on the Race at Work charter, whom he has stayed in touch with.

When asked what he would say to other young people hoping to succeed in the world of work, Reggie advised that they seek out as many opportunities as possible and be innovative in their search for experience and contacts. "Build a network - a network can have a really strong impact on what you can achieve, especially in corporate finance where building credibility will help you get ahead. It helps to have experienced people to guide you as well. My mentors have been pivotal in getting me where I am today," he said.

Mr Price said that when Reggie knocked on his front door all those years ago, his wife Elizabeth opened the door to see a young, vibrant and friendly face. "She knew instinctively and immediately that Reggie was someone with a real sense of purposefulness," he said. "I also saw a young man full of energy and hope, who simply wanted to make the best of his life."

Since sharing their story, Mr Price has been contacted by hundreds of young people in similar situations asking for help. While he can't help all of them individually, he's become a passionate advocate for diversity in business. "Barriers do exist for the BAME community - and for the white working classes - and it's very important that people in business look beyond their unconscious biases to ensure we level the playing field for everyone," Mr Price said.

Reggie remains in contact with Mr Price and his family and they meet regularly to talk business, as well as to socialise. "They're like a family to me. He's incredible," Reggie said. "If Quintin hadn't given me advice at that time in my life, I don't think I'd be working in finance today. I think I would have been able to provide for myself, but my life would have taken a whole different trajectory," he said.

However, Mr Price insists Reggie made his own luck, by knocking on many doors and never taking no for an answer. "The truth is, I was the lucky one. Meeting Reggie has been a great privilege for me and for all my family," he added.