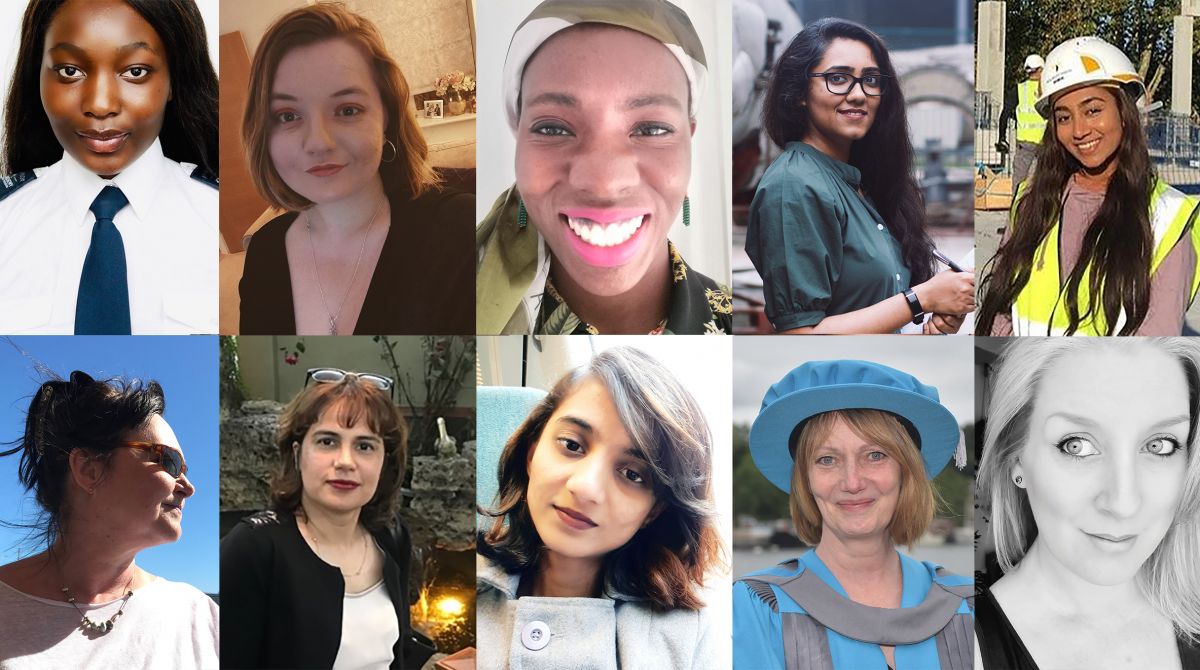 On International Women in Engineering Day, students, staff and graduates from Kingston University share their experiences and ambitions, as well as offering tips for young women considering a career in STEM and highlighting those who have inspired them on the way.

Now in its seventh year, the international awareness campaign aims to raises the profile of women in engineering and focus attention on the wide range of career opportunities available to women in the industry. 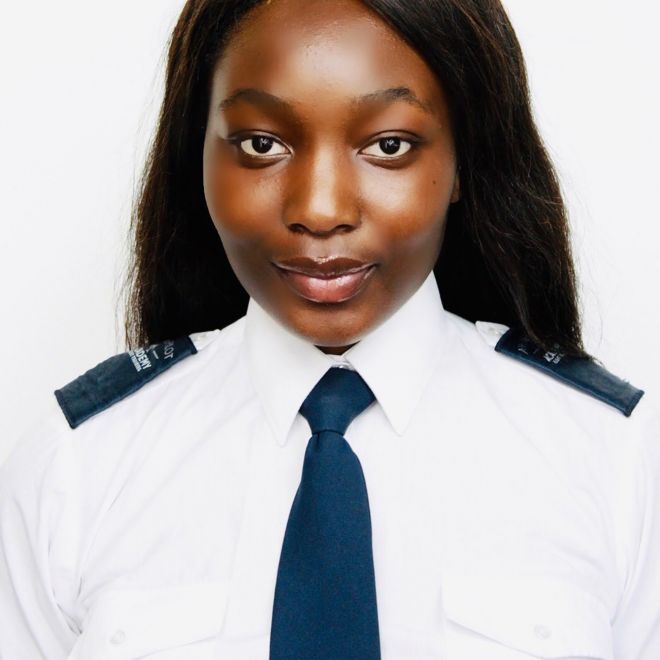 "In an industry heavily dominated by men - 3 per cent of pilots internationally are women, compared to 6 per cent in the United Kingdom -  I would love the opportunity to be a trailblazer for women. I want to change that statistic.

"The advice I would like to give young people wanting to study or work in STEM-related fields is that you should never underestimate your potential. You will face many challenges which may change your mindset about studying or working in this field, but with determination, dedication, hard work, resilience and perseverance, you will definitely get to where you want to be. It will be worthwhile and rewarding in the long run.

"The female engineer who inspires me is British Airways engineer Tsungi Maruta. She sets an inspirational example to me that regardless of your gender, age or race, if you have the passion to get to where you want to be, only you can make it possible." 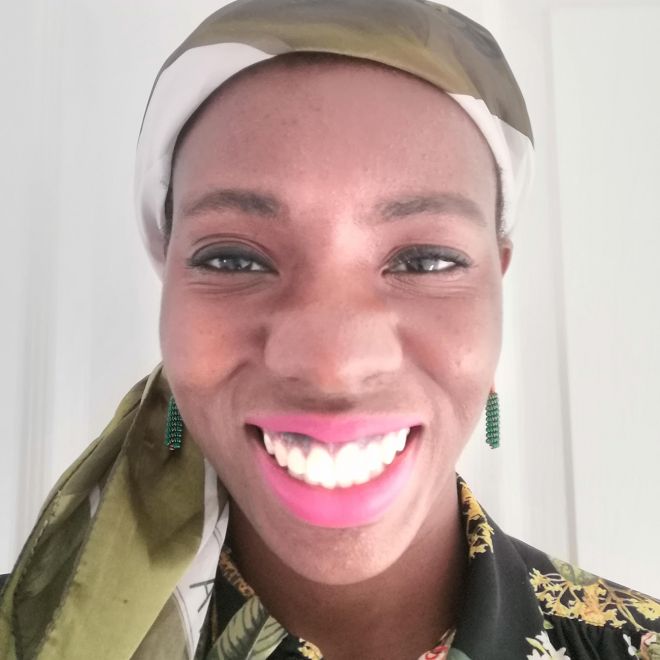 Ese Akpochimoraa works as a student ambassador alongside her studies at Kingston University.

"I went to an all-girls secondary school and met many intelligent women in both maths and physics, the basic building blocks of engineering. There are many capable women, I believe we just need to encourage that inquisition in them. There is a world beyond the books, but without the books you can't find that world, so don't neglect them. Make sure to look for activities, summer schools, Saturday and online clubs. There are many tools out there that apply the knowledge you are learning in a fun way you won't want to ever forget."

"Edith Clarke is one of my inspirations - she simplified complex electromagnetic calculations into graphs and even patented the early graphical calculator. She was also the first woman to receive a PhD at a time when female engineers weren't commonplace." 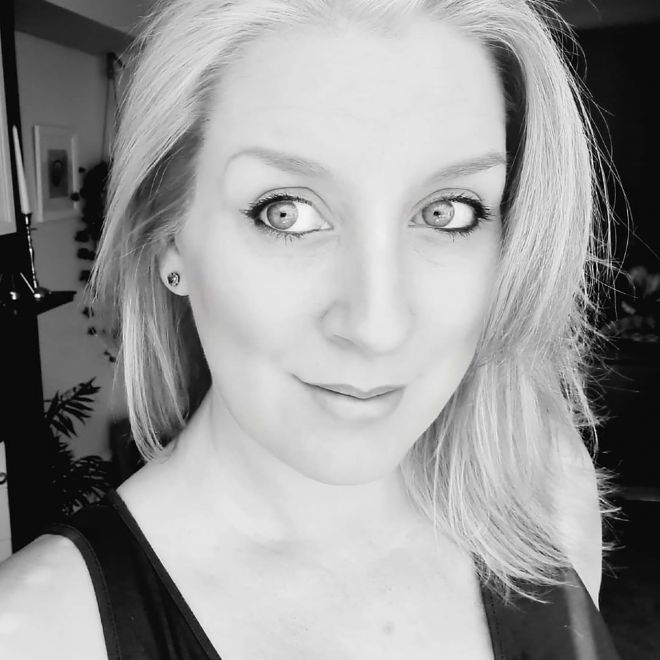 Mature student Paula Mills is encouraged by the growing number of women choosing to study aerospace and astronautics engineering.

"For me there should be no distinction between a woman or man in engineering at all, which was my mindset from day one at the Roehampton Vale campus as a mature, female student. Kingston University is a perfect setting to allow everyone no matter what gender, race or age to feel equal, all with the goal of becoming future engineers. The number of females in aero and astro engineering is still low but increasing year on year, which is encouraging.

"I would encourage young people to try a little bit of everything and if something interests you but you feel daunted and unsure, seek supportive advice and guidance in a world where so much is now accessible online, as well as in normal education or extra-curricular settings. The main thing to remember is not to be deterred simply because you are female.

"Among the females in STEM that inspire me and make me so proud of the tireless work within their field to achieve incredible things are Amelia Earhart, the first female aviator to fly solo across the Atlantic, Margaret Hamilton, director of the software engineering division developing the flight software for the Apollo programme, and Katie Bouman, who is leading the development for imaging of black holes. 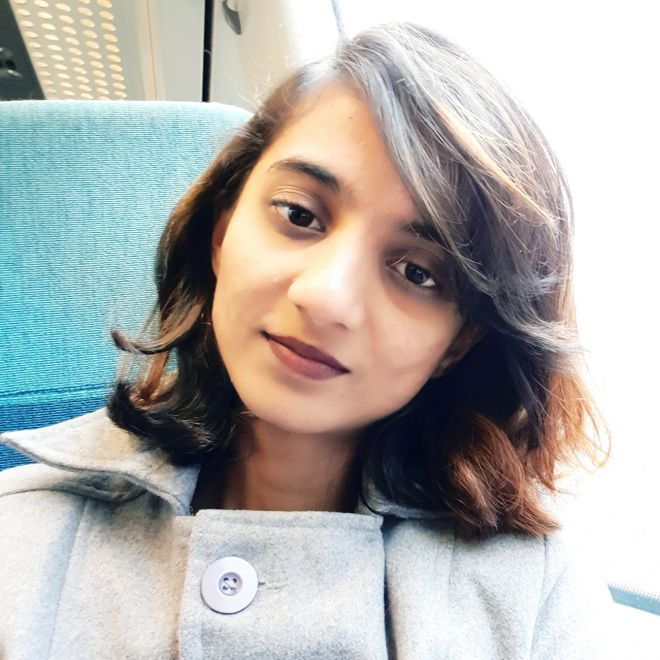 "Being a woman in engineering means an act of resistance to me. Growing up, fields like engineering or computing never occurred to me as a choice I would have. If STEM courses interest you, go for it. Girls' brains are equally capable of doing maths, building a circuit board or repairing a broken computer. The world needs creative brains to come up with sustainable solutions and losing the 50 per cent of the population who are women won't do. The more women engineers out there, the more this ‘all-male' system will adjust.

"The female engineer who inspires me is Kalpana Chawla. She was an Indian astronaut who lost her life in the space shuttle Columbia disaster in 2003. She became an engineer in India in the 1980s when the majority of Indians were not sending girls to school. She set an amazing example to all the young girls of the 1980s and 1990s to dream big. She taught me that dreams have no stereotypes. Hence, she has been my inspiration." 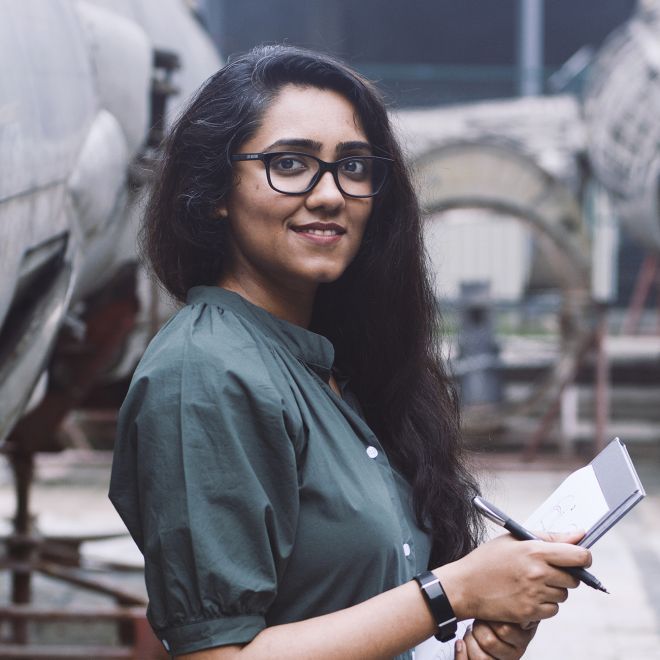 Researcher Ifrah Mussa enjoys the responsibility that comes from her outreach work with young people.

"Engineering is challenging in a good way and a treat for a curious brain. Alongside my PhD, I have been involved in a range of teaching responsibilities and STEM outreach activities. When I interact with my students outside lectures or meet young people at school, they are always amazed at what I do and find my work interesting. When they tell me that they want to be like me it encourages me to do better but it also gives me a great sense of responsibility as a woman in engineering towards these young people.

"I was not academically smart at school. I only enjoyed a few subjects including maths, physics, computing and arts. I was told on many occasions that I would never be able to accomplish anything in my life - but here I am! So my advice for young people wanting to study or work in STEM-related fields would be to first stop worrying and thinking that it is difficult. You do not have to excel at all the subjects to join STEM-related fields. Your strengths and weaknesses define you, so follow your strengths by focusing on the subjects you like.

"Frances Beatrice Bradfield is the aeronautical engineer who inspires me the most. She was a maths graduate at a time when it was not considered an actual degree for women. She was one of the first women recruited to the Royal Aircraft Establishment Farnborough in 1918 as a technical staff member for wind tunnels. She later specialised in aerodynamics and stability. What inspires me the most about her is that she did not let her non-engineering background hinder her success." 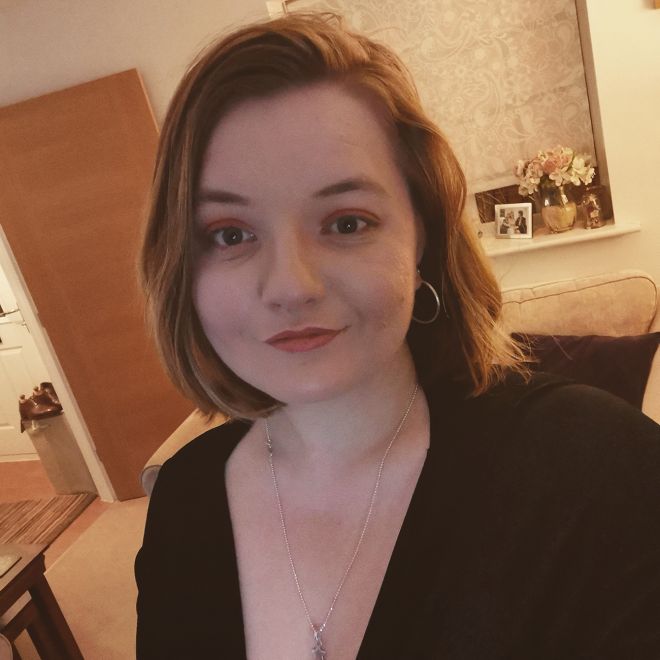 Graduate Charlotte King advises female student engineers to not be afraid to speak up and make their voices heard.

"To me, being a woman in engineering means lifting up and empowering other marginalised voices around me so that they can be heard, as well and shaking up the status quo. My advice to young people would be never feel afraid to speak up in any situation, whether it's speaking up about a problem or presenting a new idea.

"Hedy Lamarr inspires me - although primarily a film actress and producer she was also an inventor in the 1930s, at a time when she wouldn't have been viewed as anything more than a pretty face. She helped to improve the traffic light, contributed to streamlining the aeroplane as well as helped designed a frequency-hopping device to help prevent the jamming of radio-controlled torpedoes." 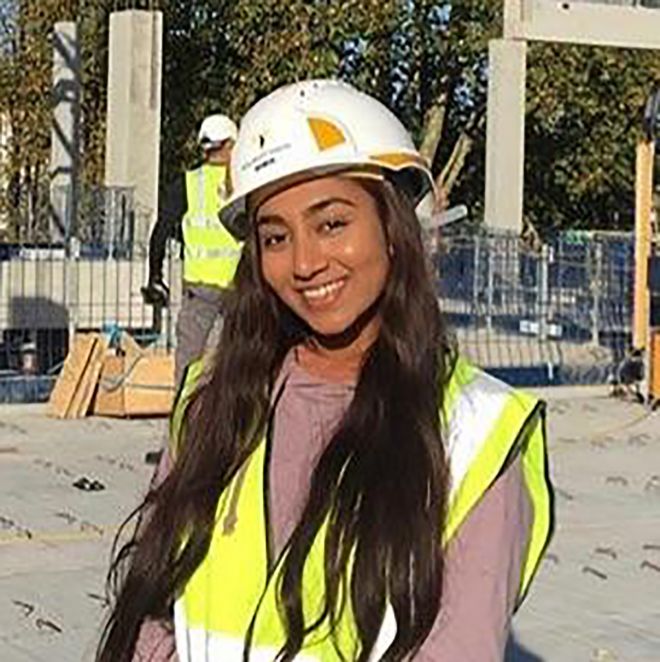 "Engineering is a very challenging but rewarding subject and I'm happy to be part of breaking the stereotype. For anyone that wants to study or work in STEM related fields I would say to definitely go for it. Technology is becoming more and more advanced and engineering is playing a big role.

"The female engineer who inspires me is Dorothy Donaldson Buchanan, who was the first female member of the Institution of Civil Engineers. As a member myself, shes a great source of inspiration." 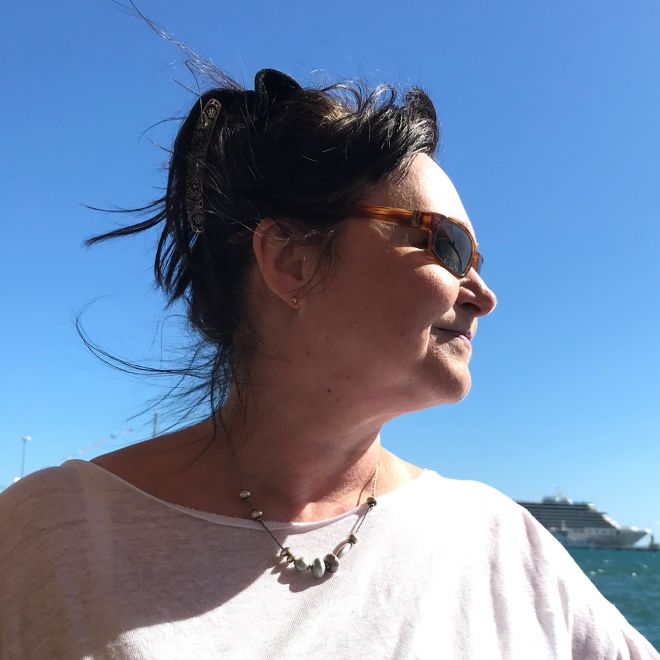 Dana Skelley has been a director of Swedish construction company Skanska and Transport for London during her career.

"Being a woman in engineering shouldn't be unusual - there is nothing gender specific about the subject or the work. I would recommend young people study the subjects that they find themselves good at - which is usually the ones they enjoy the most. Or vice versa. Engineering is such a wide field - it isn't just analysis and calculation, it is creativity, innovation and ideas.

"I've had the privilege of developing, supporting and mentoring many female civil engineers throughout my career - and each one of them has inspired me in her own way. Their openness to sharing the challenges they face, the way they cope with male chauvinism and prejudice and the way they work to change attitudes. The way they remain true to themselves." 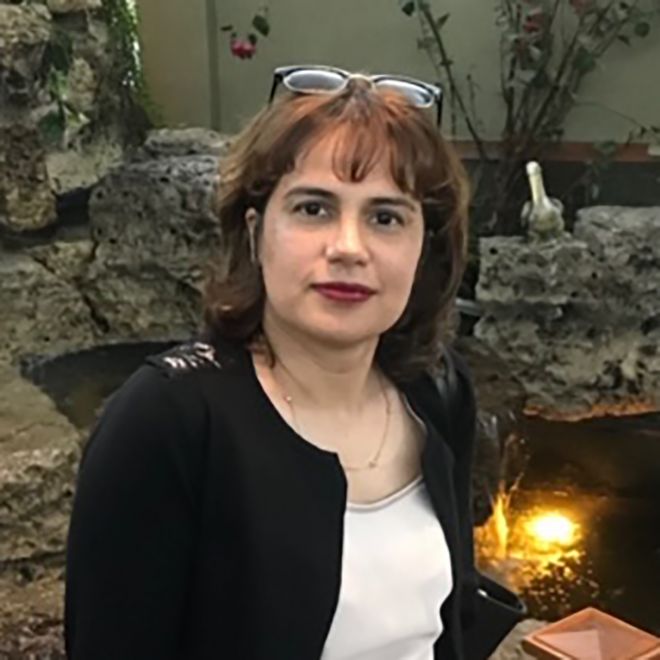 "I advise female applicants to find a mentor who they aspire to be like and find supportive individuals as a source for advice, shared experiences, and someone who can guide them in their careers. Having an inquisitive mind is very important in the engineering field. Engineers must have a passion for creating new things, to improve the functionality of existing solutions. or innovation of a complete new design.

It can be hard to speak up at times in a room full of men with more experience, but always be confident. Also, I would recommend joining an organisation like the Women's Engineering Society (WES) - it is a great resource that allows women to network with other professional women in engineering.

"Visible role models are recognised to help erase the false narratives that the fields of engineering are not for women. On the other hand, a lack of visible role models and mentors were cited as a crucial barrier to women building careers in engineering. The University's alumni network is a rich source for role models for our aspiring engineering students. Showing our current female students what extraordinary stories have been possible based on the success of our past students who have gone through the University before them has so much power in inspiring them." 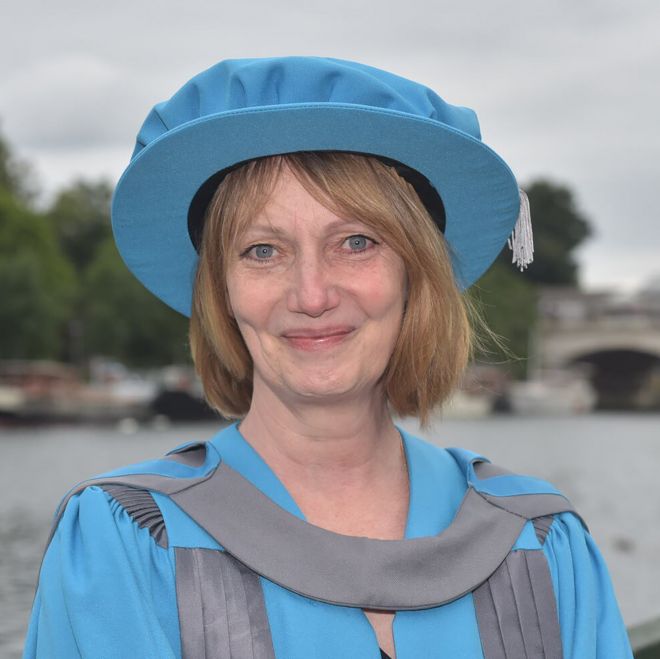 Dr Susan Scurlock founded Primary Engineer, which works to encourage school children across the country to become the engineering professionals of the future.

"What does being a woman in engineering mean to me? It makes me feel as if I am part of an amazing group of women, many of whom I don't know, all giving everything we can to raise the roof!

"My message to young people is find value in what you do, find universities and companies that recognise it and value them for it. Every time I read an article about female engineers I am inspired - especially by those starting out in their careers, such as those celebrated by the IET Young Woman Engineer of the Year awards. From the past I take inspiration from the marine engineer Victoria Drummond, her tenacity and perseverance but mostly for her ability."