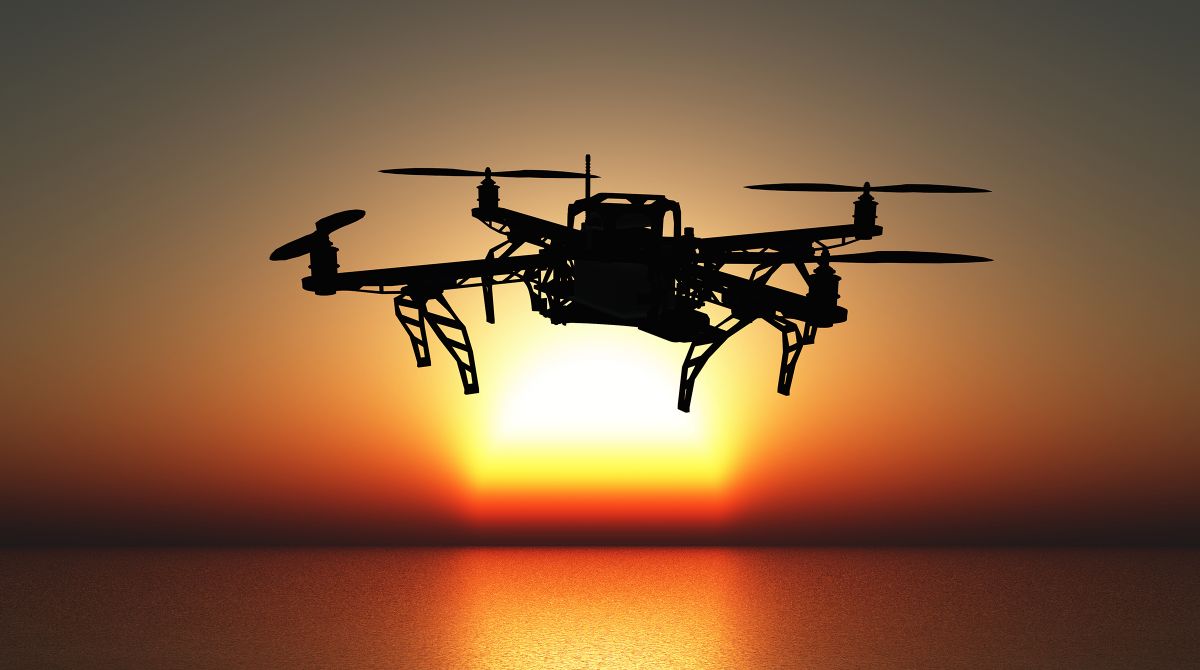 Drones equipped with cutting-edge 5G technology could be used to provide emergency teams with reliable communications networks in disaster zones as part of a new system being co-developed by Kingston University experts.

Alongside assisting first responders on the scene of terrorist attacks or natural disasters like earthquakes or tsunami, the technology - which had its first successful trial earlier this year - could also potentially be used to provide key public health information and support in during future pandemics.

Work on the project began in May 2017, with £1.2m in support from the Engineering and Physical Sciences Research Council's Global Research Challenge Fund. The first successful test took place in March at the University of Glasgow's Stevenson Building.

The director of Kingston University's Digital Information Research Centre, Professor Christos Politis, said the idea for the project came about when he was looking into whether an emergency system could use smart technology to establish reliable connectivity using 5G networks in affected areas.

"We wanted to test whether we could harness 5G to create mobile networks that could be deployed in places like Malaysia after the tsunami," he said. "Wherever there is a disaster or contamination of an area that makes human access difficult, the system could potentially be deployed."

The project involves a series of portable, battery-powered communications nodes which use ultra-fast 5G networking to communicate with airborne drones to deliver wireless internet access to users on the ground. Once set up, the system runs autonomously, self-organising to deal with potential network and coverage problems and deliver reliable, high-speed internet access. The technology could help first aid teams, police and fire crews stay in touch with each other during large-scale emergencies - where efforts are often hampered by damage to communications towers.

The Kingston University team was tasked with building the network, which was tested at the University's Penrhyn Road campus before visiting researcher Dr Rafay Iqbal Ansari and PhD student Nuwan Weerasinghe joined other project collaborators to carry out a full test with drones in Glasgow.

With the globe currently battling the outbreak of Covid-19, the potential for technologies such as these to make a difference during similar public health emergencies in the future could also be explored, Professor Politis, from the Faculty of Science, Engineering and Computing said. "When you look at a situation like a global pandemic, this kind of system could also be deployed in areas of high infection and poor connectivity- where there isn't 4G or WiFi available. Drones would be able to provide public health messages and help connect up the emergency services to ensure they could reach those in need."

Principal investigator of the DARE project Regius Professor Rahim Tafazolli, from the University of Surrey, was among the representatives from each of the partner universities who attended the demonstration in Glasgow. The team set up five network nodes around 200 metres apart which delivered a continuous 5G network signal to users via the drone.

Director of the University of Surrey's 5G Innovation Centre Regius Professor Tafazolli said the collaborative project was testament to the centre's wide-reaching influence on the continuing development of exciting technologies. "This demonstration of the incredible capability of drones to aid disaster relief is another example of the immense benefit of 5G-enabled technologies," he added.

Following the trial, Professor Muhammad Imran, Head of the Communications, Sensing and Imaging research group at the University of Glasgow, spoke of his pride in the team for developing the system they set out to build three years earlier. "The University of Glasgow's 5G testbed system provides the robust infrastructure that pushes the boundaries of this transformative technology. This project will also feed into the Scotland 5G Centre's wave 1 projects for 5G use cases," he said.

Find out more about undergraduate and postgraduate computing courses at Kingston University.