The simplest ideas are often the best ones - especially in the world of design. For animation student Napatsawan Chirayukool at Kingston University in London, the idea of asking different people "What makes your day?" proved to be a masterstroke.

Twenty three year old Napatsawan, who's originally from Bangkok in Thailand, has won one of 10 Adobe Design Achievement Awards, for her heart-warming two-minute animation of the "little pieces of happiness" that make a person's day.

Nan, as she's known to tutors and fellow students at Kingston, called her submission 'What Makes Your Day?'  It contains snippets of interviews from people depicted as rabbits, each answering the simple question. Nan conducted the 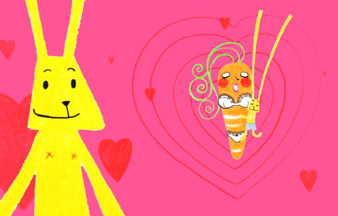 interviews among friends and colleagues, children at a special school, retired women at a day centre and people she met in the street. The answers she received included "Liverpool winning", "a really big box of Sugar Puffs" and "my amazing girlfriend".

"I was shocked when I found out that I'd won," said Nan. "So much of the other work in the competition was really sophisticated and professional - and my animation was just these bunnies running on a screen. But I think there's so much doom and gloom around at the moment that people must have enjoyed the positive feel of my work."

"It's a beautiful piece of work," says Lawrence Zeegen, Head of Kingston University's School of Communication Design. "It stood out straight away. It's the perfect fusion of her Thai background and culture and an English aesthetic and sense of humour." Mr Zeegen was one of the judges of the global awards but had to sit out the final round of judging when it emerged that a Kingston student was in the running for a major prize. 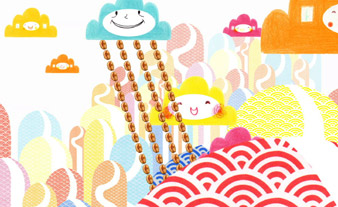 Nan originally came to Kingston because she wanted to study illustration. However, during their first year, all illustrators get a chance to try their hand at animation. "The first time I saw my work move on screen it was the moment you see your baby taking their first steps. I knew this was what I wanted to do," she recalled.

Nan, who graduated this summer, received $3000, a 3D award and a copy of Adobe Creative Suite 5 Master Collection software. She's briefly returning to Thailand then aiming to establish herself in the United Kingdom. The music on her winning entry was composed by Kingston student Roger Pinsent.