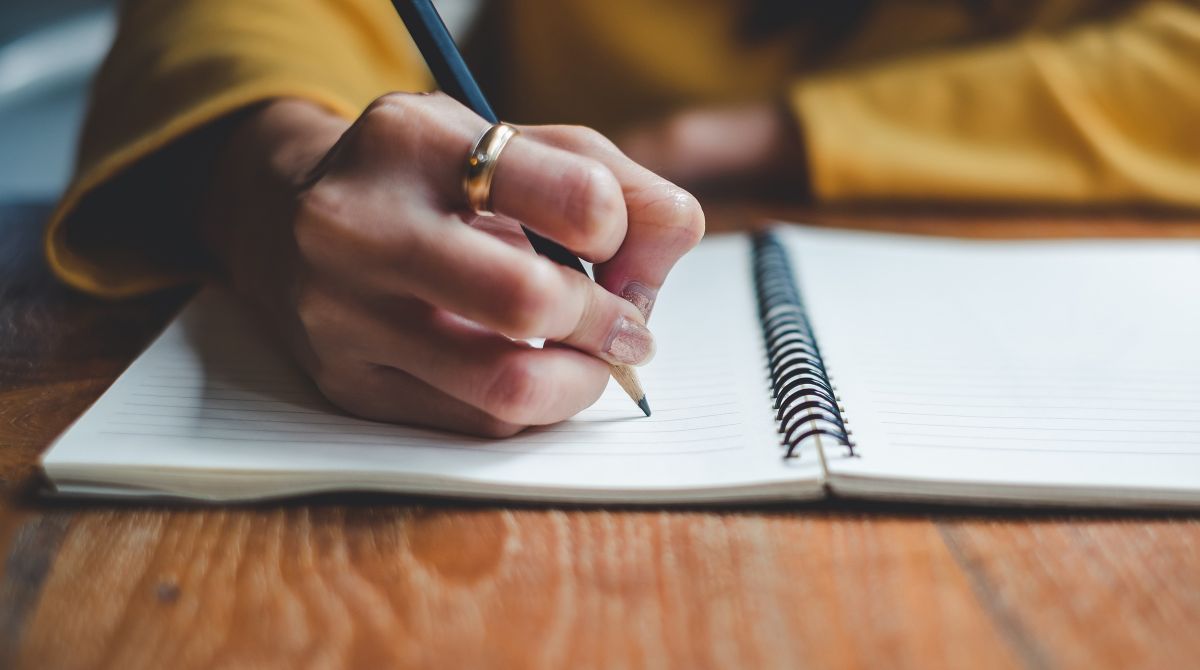 A researcher from Kingston University has developed a powerful new methodology to help victims of violence and trauma through imaginative writing and storytelling, with remarkable results. Her work is now being used to support vulnerable people in Lebanon and Iraq, including women who have been victims of sexual violence, and refugee families.

In recent months these ordeals have been compounded by the Covid-19 pandemic, which has ravaged refugee camps in the region, and the economic crash in Lebanon which has fuelled further discrimination against refugees, and the devastating explosion in Beirut which has left thousands homeless overnight.

Professor Meg Jensen, from Kingston School of Art, developed her project after realising how creative writing had helped her to overcome experiences of violence in her own childhood. "People have written about their suffering throughout human history - just think of the works of Homer or of the famous soldier poets," Professor Jensen explained.

"The idea of writing as a form of therapy has been around for some time but what is new is our recent understanding of brain science and what happens as a result of trauma. I wanted to bring this knowledge together to support people who had experienced very traumatic events, particularly in places where there is little access to psychological therapies or support," she said.

Professor Jensen, along with her research partner Dr Siobhan Campbell of the Open University, looked at the theoretical support for the relationship between trauma and storytelling, combining insights from psychologists, neuroscientists, narrative and political theorists. She then brought this together with the hands-on experience of human rights workers, to understand how this approach might help people such as refugees.

In the past few years, she has collaborated with local humanitarian charities, such as the INMAA women's legal aid charity in Kirkuk, Northern Iraq and international aid agencies, such as the United Nations Development Program's SIRI (Support for Integrated Reconciliation in Iraq) project in Baghdad.

One objective is to enable people to express the feelings they have connected with traumatic experiences, without having to divulge specific details. "Despite the old fashioned view that telling what happened is the way to be cured, research has shown that if you are a refugee and have to explain over and again the horrific things that have happened to your husband, your family, or to you, it can actually be re-traumatising," Professor Jensen said.

The social workers delivering the material in Iraq and Lebanon have reported its powerful impact on the women they are working with - enabling them to open up about their experiences, sometimes for the first time, in a safe and supportive environment.

One Syrian woman who took part in the pilot project in Lebanon explained: "I was encouraged to participate in this group so I did, and I overcame the pain that was inside me and I was encouraged to do expressive writing. I expressed things that happened to me that I had not previously expressed. I thank all the staff for this project."

The key, Professor Jensen said, is to approach this as a healing process rather than actively trying to unlock painful memories, and often women choose to focus on something other than the trauma moment, which can be therapeutic. Trauma can affect memory function as the brain fails to accurately store traumatic incidents or events. The incident might be put in the wrong file - in short-term memory - as a current, ever present threat, Professor Jensen explained.

For the individual it can be like a dream, with powerful images that don't come together as a coherent narrative. Creative writers often use Expressive Writing techniques unknowingly - detaching themselves from powerful emotional experiences by putting them down on paper. Jensen says it is perhaps no coincidence that so many well-known writers have experience of trauma in their own lives.

While the project has seen significant success to date, visiting the camps and running workshops in Lebanon has become increasingly difficult and dangerous in the aftermath of Covid-19, the Beruit explosion and the economic and political crisis.

Professor Jensen and her partners have recently been granted funding by a private sector donor, Viaro Energy, to develop readily accessible digital technologies to be free at the point of use for frontline healthcare workers. These will be made available in English and Arabic and will support the use of Expressive Writing techniques, to help both the refugee population and the native population, who have been devastated by recent events.

Meanwhile, Professor Jensen is collaborating with partners in Lebanon and UNICEF to extend her work to young adults and adolescents. She also believes it could be used to help people explore emotions in other situations, particularly to support humanitarian workers and front line health care workers across the world.