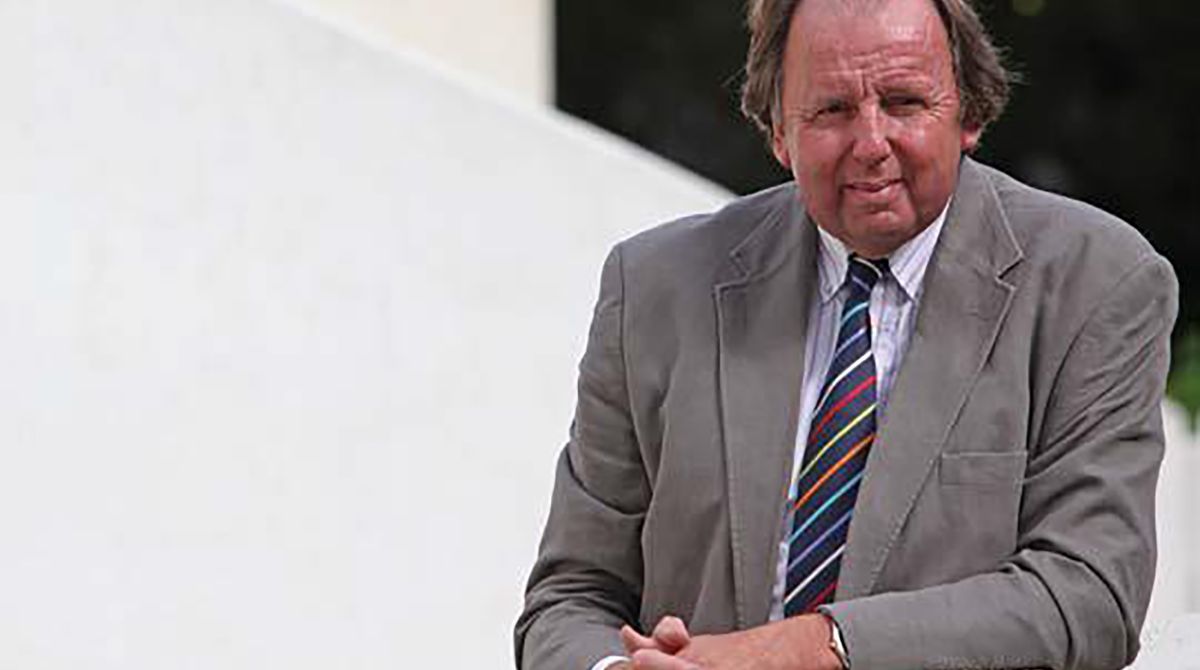 A leading social work expert from Kingston University is the author of a recently published book exploring the history of social services in England, at a time when the critical role of social workers has been highlighted by the Covid-19 pandemic.

In his new book, A History of the Personal Social Services in England: Feast, Famine and the Future, Ray Jones, Emeritus Professor of Social Work at Kingston University, draws a line from the creation of local authority personal social services in 1970 to the challenges of the modern day. "In the last 50 years, we have seen some really substantial changes that anyone coming into the social work profession today might not be aware of," Professor Jones explained. "I wanted to capture the story of how we came to be where we are today, to learn from history and inform decisions for social work in the future."

Professor Jones worked in social services for more than 40 years, serving as director of social services in Wiltshire, and as the first chief executive of the Social Care Institute for Excellence. He has led a number of high profile inquiries following the deaths of children and adults and authored several books, including The Story of Baby P: Setting the Record Straight, which informed a BBC Television documentary.

For his latest work, Professor Jones interviewed more than 30 key individuals at the heart of the social services system, to get their insider perspective on decisions that were made about over the decades. The book, which was more than 10 years in the making, has been released to coincide with the 50th anniversary of the unified profession of social work in the UK in 2020.

The anniversary is highly significant, said Professor Jones, of the Faculty of Health, Social Care and Education, run jointly with St Georges, University of London. "1970 was a pivotal year which saw the launching of social services departments in local authorities. Before then, children's, welfare and mental health services had operated as separate, competing, and highly specialised areas. For the first time - under the new, integrated system - individuals were assigned a single social worker who could work alongside them to resolve a range of difficulties," he said.

Another notable change in 1970 was the decision to base social services firmly within the community, with the aim that social workers would have comprehensive local knowledge. "These were radical changes at the time, and marked a much more user-centred approach than anything that had existed previously," Professor Jones said. "Ultimately, the intention was that social workers would be able to work alongside individuals and families, and help people to access support at an earlier stage, before their problems escalated to a more serious level."

The book explores a number of further changes over the 50 year period, such as the move away from large residential institutions for people with mental health difficulties and children in care - still commonplace in the 1970s - and a shift in attitudes towards disability. "A lot of the services at that time and our responses to disabled people were quite paternalistic," Professor Jones said. "Through the 1980s and 1990s we saw strong campaigning by disabled people who wanted to have more choice and control over their lives and be able to live more independently. Social workers were very active alongside disabled people to push for the legislation needed to make this a reality."

Overall, Professor Jones believes there is a positive message for social work from the history he has documented. "Over the last 50 years, social workers have been at the heart of some major changes that sometimes we don't even recognise today," he said. "It has got better for a great many people, and I see tremendous potential for social workers to continue to positively contribute to shaping the future."

In the wake of the coronavirus crisis, Professor Jones added that he hopes there will be a lasting legacy for the profession after such a difficult year. "One of the things I would like to see coming out of the coronavirus pandemic is a renewed recognition of the value of social work and other public services, and having the resources to deliver those services well - so that we turn away from an era of austerity and can get back to focussing on relationships and working alongside people."