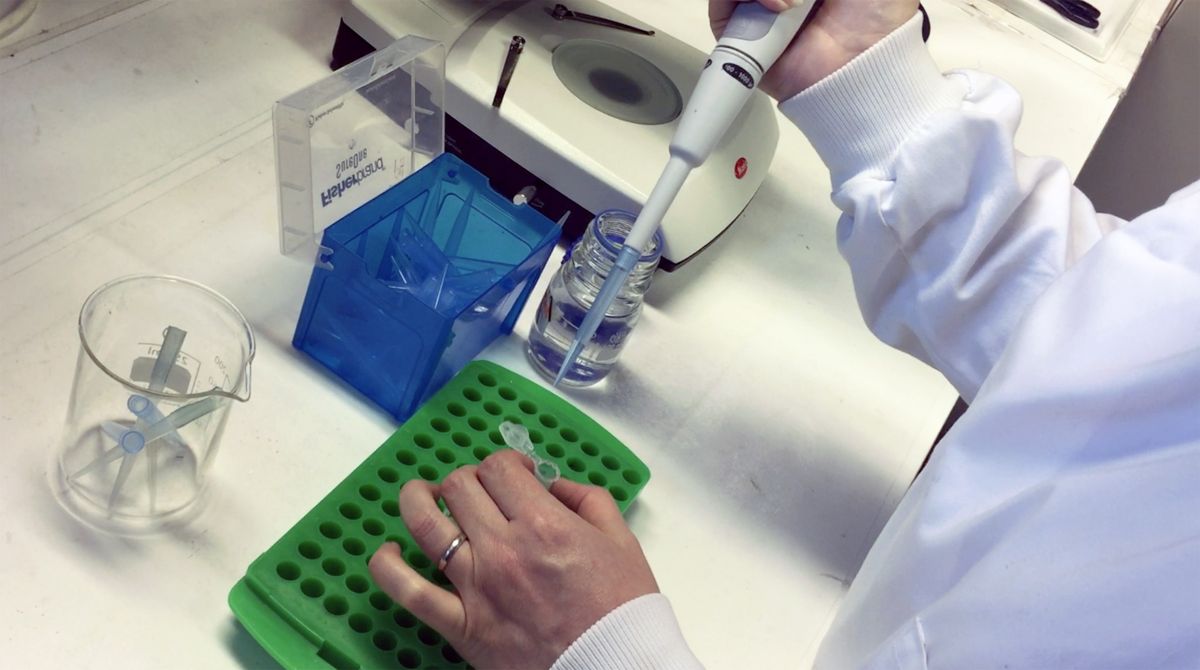 A research team from Kingston University has been exploring the potential of antimicrobial agent monocaprin as an alternative to antibiotic treatments for gonorrhoea infections.

A natural treatment for an antibiotic-resistant bacterial infection that causes blindness in infants can be effectively administered through a simple eye drop without causing irritation, Kingston University researchers have found.

Neisseria gonorrhoeae, the bacteria which causes the sexually-transmitted infection gonorrhoea, is increasingly becoming resistant to the antibiotics used to treat it. The infection can be passed from a pregnant woman to her baby, where it can infect the eyes and cause permanent blindness if left untreated.

A research team from Kingston University has been exploring the potential of antimicrobial agent monocaprin as an alternative to antibiotic treatments for gonorrhoea infections. The experts believe it has the potential to help combat both the growing threat of antibiotic resistance and provide a cheap, easy-to-produce remedy in parts of the world where medication is harder to access.

"As antibiotics become less effective against circulating strains of the bacteria as a result of antimicrobial resistance, alternative treatments are becoming increasingly important to the future of global healthcare," Associate Professor Dr Lori Snyder, from the Faculty of Science, Engineering and Computing at Kingston University, said. "Our research has been focused on finding a low-cost, easily accessible treatment the bacteria is unlikely to become resistant to."

Monocaprin is a monoglyceride - a modified fatty acid - and the research team has previously demonstrated its effectiveness at killing Neisseria gonorrhoeae. Now, in findings published in the leading journal Scientific Reports by Nature Research, the team has shown how it can be administered in an eye drop formulation without causing irritation.

"In monocaprin, we've found a powerful agent that can clear infections in the eye as well as acting as a preventative treatment," Dr Snyder said. "Some of the other alternatives proposed to use against this bacteria have been found to cause irritation and are only useful as a preventative measure, not a treatment.

"We've come up with a thickened eye drop that keeps the treatment on the surface of the eye for long enough to be effective, using components that are readily available. The eye drop doesn't need to be stored in special conditions - it stays stable for long periods and, importantly, it doesn't cause discomfort to the eye."

While the formulation has so far only been tested on bovine eyes sourced from abattoirs, the next step will be to move to human trials. The team is also looking at natural products high in monocaprin and how the antimicrobial agent can be released from them as part of research into ensuring the treatment can be manufactured quickly and easily around the world.

The monocaprin eye drop was an example of how materials derived from nature could be repurposed to combat a range of conditions currently treated through antibiotics, Professor Raid Alany, a pharmaceutics expert who worked on the formulation with Dr Snyder, said. "Once we had identified this candidate as effective in the test tube, the challenge was how to overcome the issues around solubility of fatty acids to convert it into an eye drop that could be administered to a child," he said.

"Now we have done that, the next step will be to prove it can work in a living human eye. If that's successful, we can look at working with manufacturers to hopefully bring this treatment to patients around the world in the near future."