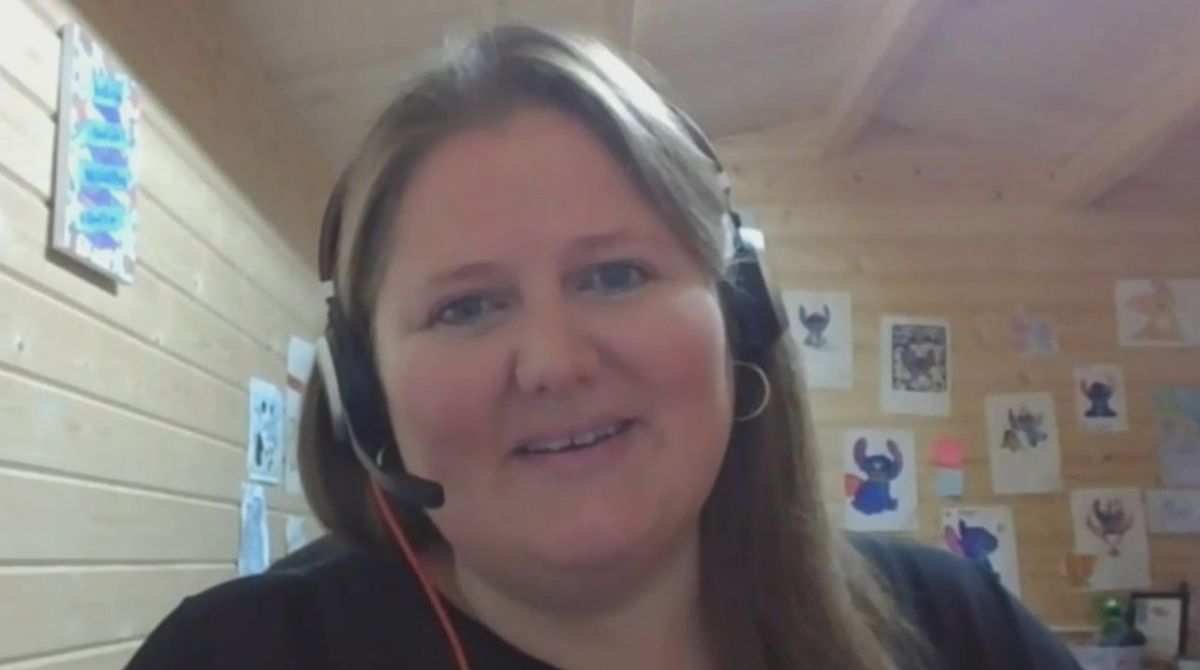 Kingston University's Zoe Clark was named Educator of the Year at the Student Nursing Times Awards.

A children's nursing expert at Kingston University and St George's, University of London has been named Educator of the Year at the prestigious Student Nursing Times Awards.

Zoe Clark beat off stiff competition from eight other nursing academics from across the UK to land the gong. The achievements of her Kingston and St George's colleague Edwin Chamanga were also recognised, as he was a finalist in the same category.

The judges said Educator of the Year is given to teachers who inspire, enthuse, and motivate the next generation of nurses, furthering their quest for knowledge and understanding, and helping them achieve their potential.

Reacting to the award, which was given out during a virtual ceremony, Mrs Clark expressed how honoured she was to be chosen from a tough field of candidates. "My reason for moving into higher education was always to provide support to students and ensure they receive the best training possible, so receive such an award to recognise this is fabulous.

"I'd like to thank everyone in the School of Nursing for this – I have wonderful colleagues, amazing students and this achievement is the cherry on top of the cake," she said.

Mrs Clark's triumph sparked joy across social media from her colleagues and children's nursing students. Linda Metcalfe, who was shortlisted in the Student Nurse of the Year: Children's category of the awards, said on Twitter to Mrs Clark, "My WhatsApp is full of messages of delight and tears of happiness. You've had a huge impact on all of us – thank you."

Professor of Children's Nursing at Kingston and St George's Jayne Price nominated Mrs Clark for the award for going above and beyond to ensure every student reaches their full potential. She said she was delighted, but not at all surprised, by the win. "Seldom in all my years in nursing education have I encountered someone with such balanced excellence as Zoe.

"She is an accomplished leader and really champions every student – they all see her as a role model and really value the time, knowledge, enthusiasm and passion she gives and has," Professor Price said.

Mrs Clark was one of four students and staff from the Faculty of Health, Social Care and Education, run jointly by Kingston and St George's, shortlisted for the prestigious awards. Mr Chamanga was in Mrs Clark's category, while students Linda Metcalfe and Hannah Scrivener were finalists in the Student Nurse of the Year: Children and Student Nurse of the Year: Learning Disabilities categories respectively.

The Pan London Practice Learning Group, which is made up of NHS Trusts and universities including Kingston and St George's, was recognised as one of the top seven partnerships of the year, while three healthcare professionals who have supported and supervised students at the two Universities were finalists in the Practice Supervisor of the Year category.

The success follows on from the three accolades Kingston and St George's scooped at last year's awards  which, in their ninth year, shine a light on the brightest talent in the nursing community. They recognise students, graduates, nurses, lecturers and supervisors who go the extra mile, and universities that put student experience first.