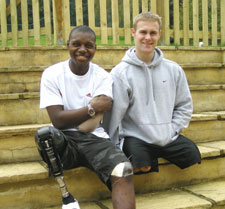 Members of the Armed Forces, their families and anyone touched by the services are being invited to enter a new creative writing competition organised by Kingston University to mark the 125th anniversary of the Soldiers, Sailors, Airmen and Families Association (SSAFA) Forces Help.

Entrants over the age of 18 can submit unpublished fiction or non-fiction prose of up to 2,500 words or poetry up to 40 lines of verse on the theme of "service work and life" by the closing date of 17 December. Profits from the competition will go to SSAFA, which cares for service personnel and their families.

Organiser Siobhan Campbell, a creative writing lecturer at Kingston University, said the competition would tap into and encourage an area of writing that had been neglected in the UK. "Many servicemen and women on the front line and their families are writing letters and even poems to one another," she said. "It would be terrible if these experiences disappeared into people's attics and bins, 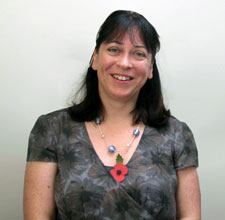 when they should be given their rightful place as social testimony." Entries, which have already come in from veterans of Afghanistan, the Falklands, Burma and other conflicts, will help to create a document of public interest and ultimately an archive and anthology, she said.

Miranda Thomas from SSAFA said: "We are delighted to be working with Kingston University on this competition as it gives the Armed Forces and their families a voice, and that's a voice we don't want to forget. The people we help at SSAFA always have such heartwarming stories to tell and this initiative is a great opportunity to record and remember them."

Winners will be announced early in 2011. Judges - army wife Alison Baverstock, an author who leads Kingston's MA publishing course, novelist Maree Giles, poet Vahni Capildeo and social campaigner and publisher Roger Kirkpatrick - will be chaired by Ms Campbell. The top prize winner will receive £500, with other cash prizes for runners-up.

Ms Campbell became interested in writing about conflict through her own experiences of growing up on both sides of the Irish border. She also noticed that while poets of the first and second world wars were still read and loved, there seemed to be less written about more recent conflicts. "This competition might help to discover the classic writers of the future," she said. She founded Kingston's Military Writing Network, which aims to encourage writing among service personnel and will next year provide a series of workshops with Combat Stress, the veterans' mental health charity. Writing could complement other therapies, said Ms Campbell, by simulating discussion about difficult experiences among people with conditions such as post traumatic stress disorder. She said the UK was far behind the United States in encouraging contemporary writing about war and peace.

To enter and for full competition details visit http://fass.kingston.ac.uk/kup/competition/.