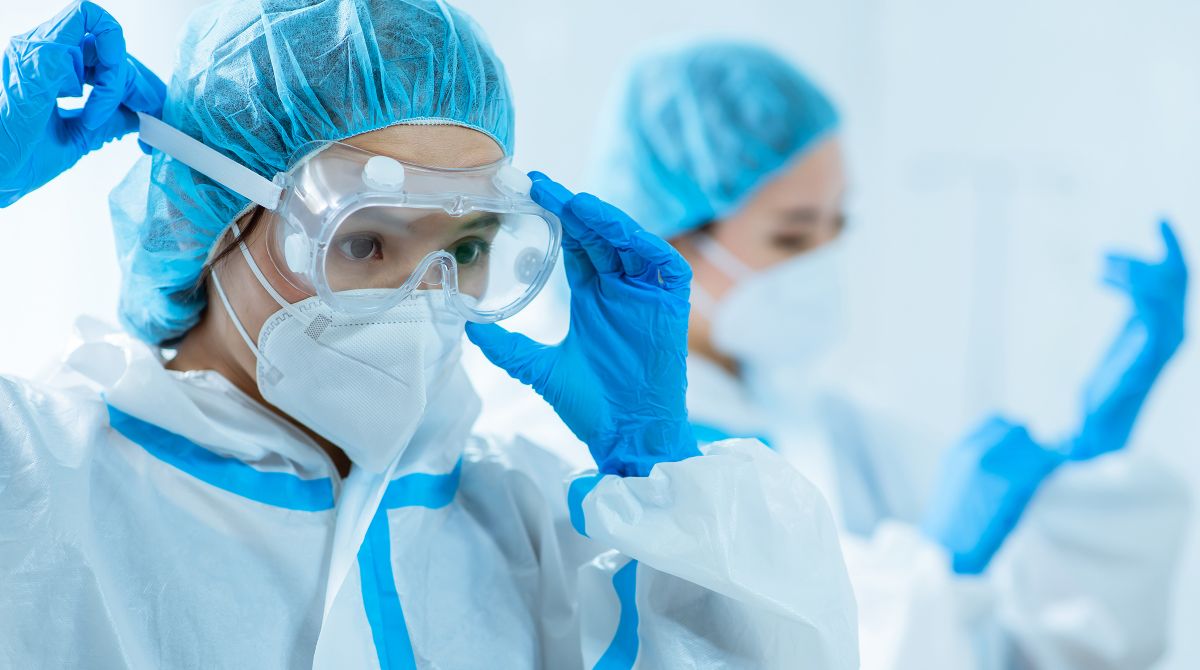 Kingston University researchers have used a mathematical model known as game theory to explore how the challenge of securing sufficient levels of vital personal protective equipment (PPE) for healthcare workers during the peak of the Covid-19 pandemic could have been mitigated.

The need to protect frontline staff and key workers from coronavirus created an extraordinary demand for PPE across the globe in early 2020, resulting in inflated prices as countries competed against each other to secure huge orders of surgical masks, goggles, face shields, gowns and gloves. In November, a report from the National Audit Office revealed the UK government spent almost £12.5bn on 32 billion pieces of PPE between February and July 2020 - compared to the purchase of 1.3 billion items bought at a cost of just £28.9m in the same period a year earlier.

In a new study published in open access scientific journal PLOS ONE, researchers from Kingston University and Hamad Bin Khalifa University in Qatar used game theory - the mathematical study of how individuals or groups interact and make decisions - to model the cost-saving impact earlier stockpiling and increased storage capability could have had, as well as how the model could be applied to make decisions around future pandemic preparations.

The team, led by Kingston University's Dr Luluwah Al-Fagih working with fellow Faculty of Science, Engineering and Computing colleague Professor Jean-Christophe Nebel, used a 'centralised/decentralised' game theory approach initially developed by former Kingston University PhD student Dr Matthias Pilz, a co-author on the paper. Their aim was to see if it could be applied to help health services effectively manage the supply of PPE during the peak period of a pandemic, working alongside PhD student Khaled Abedrabboh from Hamad Bin Khalifa University.

"Game theory is being used in a wide range of areas - from energy to economics and cybersecurity, but this work really demonstrates its potential for use in the management of medical supplies," Dr Al-Fagih, who is currently based at the College of Science and Engineering at Hamad Bin Khalifa University, said. "We know there was a real shortage of PPE during the first wave of Covid-19 in the UK that led to huge supply chain issues and wanted to see whether this approach could provide a solution not just to addressing shortages but also the better management of stock in a cost-effective way."

The team set up a model in which a central portal set the cost of PPE based on the market price and fulfilled orders submitted by NHS Trusts on a regional basis, which were motivated to optimise their storage schedules and capabilities to minimise costs. PPE consumption during the first wave of the pandemic was estimated using publicly available NHS data on occupied hospital beds across the seven NHS England regions.

In the study, the researchers simulated a variety of scenarios based on five different start dates for when stockpiling could have been initiated between January and March.  These included when the first UK Covid-19 case was confirmed, when the European Union proposed a bulk-buying scheme to the UK and when Covid-19 was declared a global pandemic, with various increases in storage capacity up to 20 times higher than the estimated base level.

The results showed that a combination of early stockpiling and a large increase in storage capacity would have resulted in significant cost savings, with the model delivering a saving of 38 per cent had stockpiling begun on February 7 - the date the World Health Organisation warned of PPE shortages - and had storage capacity been increased tenfold.  However, if storage capacity at regional NHS trusts was not increased, early stockpiling only had a negligible impact on cost. Across each of the simulated dates for beginning stockpiling, the team found that increasing PPE storage capacity by a factor of 15 would be required to considerably lower peak demand and effectively minimise the pressure on the NHS.

"We had expected the data to show us how early stockpiling alleviates some of the pressures, but a particularly interesting finding was the importance of the role storage capacity can play in enabling Trusts to manage their demand in a way that really helps reduce the national cost of sourcing protective equipment," Dr Al-Fagih said. "It may be that investing in temporary storage facilities when storage space is limited at regional NHS sites could prove cost-effective during the course of a pandemic peak."

As well as exploring how cost-savings could have been made earlier in the pandemic, the team also looked at how the model could be used to plan for the peak of future waves of the pandemic to prevent the same issues arising again.

This included modelling of several scenarios around a second wave peak, ranging from October 2020 to February 2021, which demonstrated how the model could be used to save costs should a third wave once again put pressure on PPE supply, Professor Nebel said.

"Our model offers a way to provide an optimal system of ordering additional supply that could massively reduce costs by managing demand through a cooperative approach," he said. "While we haven't seen reports of PPE shortages in the UK so far during the second wave, should a third wave result in stocks becoming stretched, we believe this game theory approach could be applied to manage supplies and keep costs down.

"This could potentially result in cost savings of between 25 and 45 per cent if a third peak could be delayed and enough storage capacity made available."