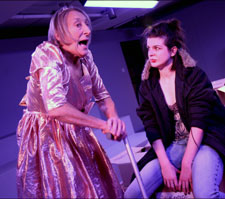 The story of a young drug addict forced to give her baby up for adoption is the theme of a new play by a Kingston University lecturer. Winsome Pinnock's 'Taken' is on at Soho Theatre in central London until November 27 as part of a series of six plays about women and the criminal justice system.

Ms Pinnock, a senior lecturer in creative writing, was commissioned to write the play by Clean Break, a women's theatre company set up more than 30 years ago by two female prisoners. She has worked with the company for more than a decade, which has included time spent teaching prisoners at Holloway women's prison in north London. The experiences of the women she taught inspired 'Taken'. "A lot of the women were detoxing or had been drug addicts in the past and the issue of giving up or being separated from their children kept coming up again and again, so when I was asked to write a play that was what I focused on," said Ms Pinnock. 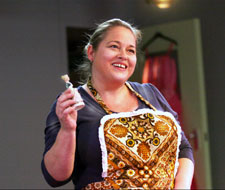 In the play Della, who gave up her daughter for adoption when she was a drug addict, is confronted by a woman claiming to be her daughter Nola. The story explores how Della's decision affects three generations of women. In spite of the gritty theme, Ms Pinnock insisted that the play was not as heavy as it might sound. "The story's told in a dramatic way but it also contains humour and engages the audience with universal themes like obsession and identity as well as holding a few surprises," she explained.

'Taken' is one of six new plays presented in two separate performances of three plays each. The 'Charged' season covers themes including girl gangs, deaths in custody, child trafficking, power struggles and older women trapped in the prison system.

A critically-acclaimed theatre company, Clean Break commissions and produces plays about women affected by the criminal justice system by some of Britain's leading female playwrights. It also works with women and prison and it its centre in Kentish Town, north London, where it offers courses in subjects such as writing, acting 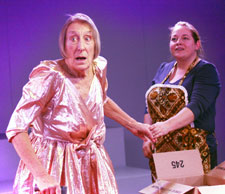