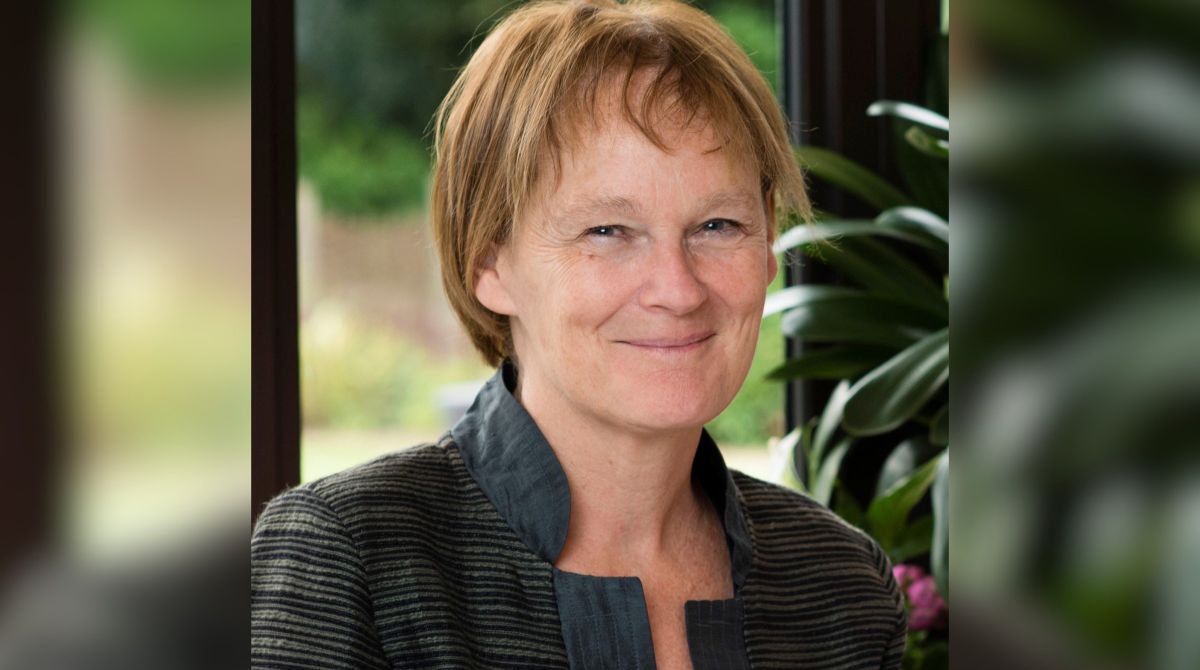 Health and social care expert at Kingston University and St George's, University of London Professor Fiona Ross CBE has been appointed Emeritus Professor in the Faculty of Health, Social Care and Education after giving more than 30 years' service.

Professor Ross joined St George's Hospital Medical School in 1990 as senior lecturer in primary care nursing. In the early nineties she was part of St George's senior team that worked with Kingston University on the contract negotiations with the NHS, which led to the launch of the Joint Faculty of Health and Social Care in 1995. She will take up the honorary role as Emeritus Professor of Health and Social Care on 1 April.

The prestigious title recognises distinguished academic service at the University and will see Professor Ross mentor senior research leaders within the university and help those wanting to develop their leadership skills. Having led Kingston's first education research submission to the Research Excellence Framework (REF) for 2021, she will provide support to those taking education research forward – something of particular interest to Professor Ross.

"My time at Kingston and St George's has been a huge part of my life, so I feel honoured to be given the opportunity to continue to contribute through this role. It's been arduous, but also great fun working on the REF submission, bringing together research from across the University and helping make it visible, as it underpins the excellence of learning and teaching at Kingston.  I'm keen to provide some support to maintain the momentum we have built, and I look forward to watching education research coming of age and going from strength to strength," she said.

Professor Ross, who was appointed Commander of the British Empire (CBE) for her services to nursing and primary health care in 2015, also served as Dean of the joint faculty for eight years until 2014. Following this she took formal retirement but has continued as a part-time professor at Kingston and St George's, alongside a portfolio of external roles, including with the Leadership Foundation for Higher Education, where she was director of research, and as the founding director of education at the South London Academic Health Science Network. Currently she is an independent governor on Westminster University Court and Chair of the Board of Princess Alice Hospice – a local Surrey charity and service provider of end of life care.

Looking back at her time in the faculty, she believes the strengths of the two universities complement each other well and provide mutual benefits. "The blending of the educational innovation of Kingston and the clinical strengths of St George's have led to some pioneering interprofessional educational programmes and high impact research. The enthusiasm and can-do spirit of everyone working in the joint faculty makes it a great place to work – vividly illustrated by how everyone pulled together through the current pandemic. There's a saying that you're only as good as the place you're working in and the people you're working with and I truly believe that to be the case," Professor Ross said.

Associate Dean of Research Professor Cilla Harries praised Professor Ross' role in overseeing Kingston University's first successful Athena Swan and Race Equality Charter submissions and her key contributions to equality in education, which have been captured in the 2021 REF impact case study. "Fiona's support for equality was recognised in her appointment to the UK's 2021 REF panel for equality and diversity. The REF Impact Case Study will showcase the very best of equality initiatives and research impact at Kingston University. She has always been there for others, be that patients, clinicians, students, or her fellow academics so we are hugely fortunate to have her continuing as part of our community as Emeritus Professor," she said.

Professor Ross is currently in the process of editing the fifth edition of her textbook Nursing Older People, as well as writing up her findings from a study she has just finished on leadership and integrated care systems in the NHS and social care – a topic close to her heart. "People are one of my pleasures, I love working with others and there's nothing better than seeing someone grow and flourish. It's great to be able to spot talent and give it the opportunity to thrive – it's one of the best things about being a leader," she said.