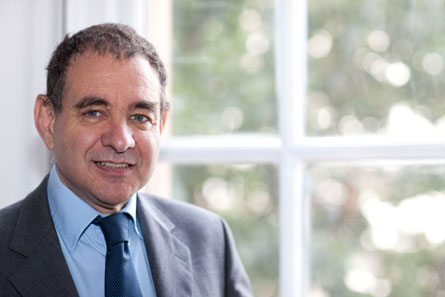 "I am honoured and humbled by the opportunity of becoming Kingston University's Vice-Chancellor - just contemplating following Professor Scott's hugely successful time as Vice-Chancellor is daunting," Professor Weinberg said. "Higher education is facing some difficult challenges. I've no doubt that the staff and students at Kingston have the ideas and values which will enable the University to thrive and continue to enhance its reputation and I'm very much looking forward to being a part of that."

Professor Weinberg said he strongly supported Kingston's commitment to widening participation in higher education. "Universities are places that should aspire to change lives through the opportunities that they provide and the knowledge they produce. Your origin should not determine your destination," he said. "My vision is that Kingston should be increasingly known for inspiring academics who contribute to the development of their discipline and society, blurring boundaries between teaching, research and practice and so creating the next generation of enthusiasts."

After joining City in 1999 as Director of the Institute of Health Sciences, Professor Weinberg became Pro Vice-Chancellor for Research and then, in 2007, Deputy Vice-Chancellor. Through two Research Assessment Exercises, he improved City's position in all subjects from music to mechanical engineering. During his year in the top position he had restored confidence in the University and displayed a flair for strategic leadership, City University London's Vice-Chancellor Professor Paul Curran said. "Kingston University is to be congratulated on the appointment of Professor Julius Weinberg as its next Vice-Chancellor.  Julius's leadership experience, academic credentials and deep knowledge of higher education in the capital will equip him very well indeed for this important role at another London university," he added. "Julius will make an excellent Vice-Chancellor and I am delighted for him."

Professor Weinberg graduated from Oxford University with a degree in medicine, and subsequently specialised in infectious diseases and tropical medicine. During the 1980s, he trained in general medicine before moving into teaching, a period that also took him to the University of Zimbabwe for a year.  In the 1990s, he moved into public health. After travelling to the war-torn former Yugoslavia to establish a system of communicable disease surveillance for the World Health Organization, he worked as a consultant epidemiologist for the Public Health Laboratory Service (now the Health Protection Agency). Professor Weinberg has been expert adviser to two House of Commons Select Committee inquiries and led the establishment of the National Electronic Library for Infection.

A widely published researcher he believes that the extensive nature of Kingston's academic offering is one of its strengths. "I am opposed to the notion that universities become more focused. My experience has shown the value of drawing upon a broad variety of disciplines," Professor Weinberg explained. "My own research has involved cell biology, mathematical modelling, computer gamers and artists."

Throughout his career Professor Weinberg has retained a commitment to teaching and still teaches postgraduate students both at City and at the London School of Hygiene and Tropical Medicine. He is currently completing a Foundation year in the humanities at the Open University.

Sir Roderic Lyne, Chairman-designate of Kingston's Board of Governors said the Board was delighted that Professor Weinberg would be joining Kingston. "Peter Scott's leadership has been vital to Kingston University's success during the past decade and in the challenging period ahead, leadership will be no less important," he said. "Julius Weinberg has that quality. He has a broad and creative outlook, in tune with Kingston's mission, and will bring to us the benefits of his very wide experience."