A senior academic, renowned for his intellectual insight, inspirational leadership and dedication to nursing education, has been honoured at a special memorial service. Professor Paul Wainwright, a staunch advocate of nursing ethics and a respected campaigner for dignity in patient care, died suddenly earlier this year aged 62. 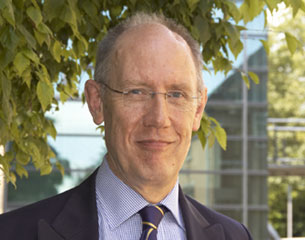 Staff from Kingston University and St George's, University of London converged on Kingston's Rose Theatre on 12 November to celebrate the life of a man widely regarded as a linchpin of the two institutions' joint Faculty of Health and Social Care Sciences. Along with family members, close friends and colleagues from across the health and higher education sectors, they reflected on the many achievements of Professor Wainwright who had spent the past three years as the Faculty's Associate Dean for Research.

Dean Professor Fiona Ross recalled a colleague who was a powerful communicator and held a deep respect for practitioners and nurses working at the heart of the health service. "Paul was one of those rare people who combined formidable intellectual ability with highly-tuned interpersonal skills," she told the gathering of almost 150 people. "He was able to draw on complex ideas from a range of disciplines such as philosophy, social sciences and healthcare ethics and use them to give meaning to the dilemmas and challenges of nursing work."

In an event peppered with laughter and occasional tears, Professor Wainwright's sister, Susan Moses, reminisced about how her younger sibling's spells in the army and as an ambulance driver preceded some unexpected news. "He surprised us all by announcing he was going to be a nurse," she said. "Later, when he decided he was going to complete a PhD, he delighted in telling people with a smile that he was a nurse who was going to become a doctor - a Doctor of Nursing."

Professor Wainwright qualified in Southampton before working as a general nurse and health service manager. His experiences on the ward helped fuel his thirst for knowledge and saw him complete an MSc in Healthcare Ethics at Manchester University and his prized PhD at the University of Wales Swansea. A period as a senior lecturer at Swansea followed before he became a reader at its Centre for Philosophy and Health Care. Then, in January 2005, London beckoned with Professor Wainwright joining the Faculty team at Kingston and St George's after being appointed to the Muriel Powell Chair in Nursing. 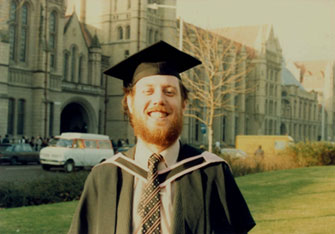 In a message read during the memorial, Kingston University Vice-Chancellor Professor Peter Scott remembered "a delightful and dedicated colleague" who had not been afraid to tackle big issues such as ethics and professionalism with intellectual rigour at a time when many academics were more inclined to stick to "safe" topics. "As a result, he was a distinctive voice in nursing research, not just at the joint Faculty at Kingston and St George's, but nationally and internationally - a voice that will be greatly missed but long remembered," Professor Scott said.

Other plaudits came from Shelley Dolan, chief nurse at the Royal Marsden Hospital who was completing a PhD under Professor Wainwright's supervision, Steve Jamieson from the Royal College of Nursing and Professor Helen Köhlen from the University of Vallendar in Germany. They praised Professor Wainwright's boundless ideas, refusal to accept the status quo and his generosity in always making time for other people.

The Faculty's Head of Acute Care Nursing, Dr Chris Tye, recalled Professor Wainwright's kindness, sense of humour and the bond they shared after realising they had both run the gauntlet of ferocious sisters working on the wards in the 1970s - an era in which male nurses were still relatively rare. "Ethics and dignity underpinned everything Paul did. He was absolutely passionate about putting the people we care about at the centre of all we do," Dr Tye said.

That theme was echoed in excerpts from one of Professor Wainwright's final works - a chapter that will be published posthumously in textbook "Dignity in Care: A Practical Approach" - read by St George's, University of London Principal Professor Peter Kopelman. "Paul Wainwright was a true scholar who will be remembered for his dedication to his profession," he told the audience.

Plans are now being made to ensure that legacy lives on. Preparations are already under way to establish doctoral scholarships in Professor Wainwright's name, a student essay prize in response to his work and an annual research event in his memory.

Tributes to Professor Wainwright have poured in from colleagues across the health and education sectors. They have remembered him as: