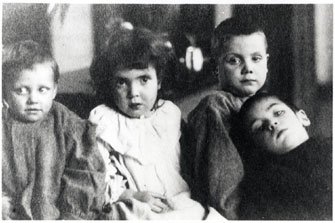 Thousands of records telling the stories of poor, sick children in Glasgow during Victorian times have gone online for the first time as part of a project developed by Kingston University in South West London.

Family historians and academics from around the world can now access almost 12,000 records detailing the treatment of children admitted to the Glasgow Hospital for Sick Children from 1883 when the first patients were admitted, to 1903. The hospital was originally located in the Garnethill area of the city and later moved west to Yorkhill, where it remains and is now known as the Royal Hospital for Sick Children, Glasgow. It was one of the last 19th century children's hospitals to open in a major British city.

The records can be accessed free of charge on the Historic Hospital Admission Records Project (HHARP) website - www.hharp.org The site allows visitors to trace the stories of sick and impoverished children like the seven youngsters who were admitted to the hospital on 20 July 1900 suffering from belladonna poisoning after eating what they thought was treacle. The police investigated and found that the children, including George Kelly, William Waugh, Malcolm McTaggart and their friends and siblings from the Keppochhill Road area, had actually been eating a sore throat remedy used by the local stable owner to treat his horses. When he was admitted William Waugh was "wildly delirious, shouted incoherently and his eyes jerked from side to side" but, like the other children, he survived and was back home within a week. 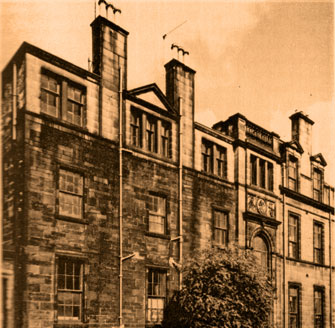 The database include patients' names, age, sex, admission date, address, disease, treatment and outcome while the website provides background information including photographs and histories of some of the nurses and doctors who worked at the hospital.

Project manager Dr Sue Hawkins, of Kingston's Faculty of Arts and Social Sciences, said respiratory problems and tubercular disease were rife among the Glasgow patients because of the poor, overcrowded conditions endured by large swathes of the city's population, who often lived in huge tenements containing 100 or more people in each building."However it's not a story of gloom and doom," said Dr Hawkins. "The hospital was very successful in treating children, most were cured and discharged and their lives can be followed in census and other records showing they grew up to have children of their own." She said the hospital also took care to look after the psychological as well as physical health of patients, with toys, clothes and blankets provided by middle class benefactors. 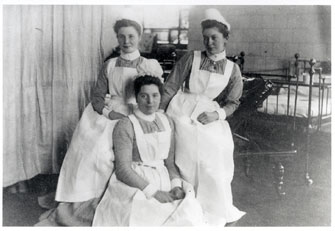 The admissions registers, stored at the hospital's archives, were scanned, copied and distributed to  volunteers - including members of the Glasgow and West of Scotland Family History Society - who deciphered the often difficult to read hand-writing and then painstakingly inputted the information into a database.

The database has been added to those for Great Ormond Street, Evelina and Alexandra hospitals for sick children, all in London. They can be accessed free of charge on the Historic Hospital Admission Records Project website, which was formally launched on December 6 at the headquarters of the Wellcome Trust charitable foundation in central London. The website, which now contains 120,000 records, was first set up in 2007 under the name 'Small and Special' with the records from Great Ormond Street. The £250,000, seven-year project was funded by the Wellcome Trust, the Nuffield Foundation, Kingston University and the Friends of the Children at Great Ormond Street.

Alma Topen, Archivist, Royal Hospital for Sick Children, Glasgow, said: "This is a very important project which will open up the hospital admissions registers to a global audience. Having these available online will increase their usage considerably and will provide valuable research material for medical, social and family historians." She said that anyone wanting to carry out further research into particular cases or conditions could view patients' case notes in ward journals in the hospital archives.

Very few British children's hospitals' records have survived from Victorian times, most were destroyed or have disappeared. Dr Hawkins said that in future she would like to be able to digitise Britain's only two other surviving sets of 19th century children's admission records - from Edinburgh and Aberdeen hospitals.

The Wellcome Trust has also just awarded an additional grant of £94,000 to allow HHARP to add to its database the Great Ormond Street case notes of Sir Archibald Garrod, a key contributor to early developments in medical genetics. Garrod held the post of consultant physician at the hospital in the early twentieth-century, a period when the importance of inheritance in susceptibility to disease was first being raised. The full collection of case notes, some 6,400 cases, will be digitised and those sections containing details of family history and living conditions - a key element in researching the early study of inheritable disease patterns - will be transcribed. The project is expected to begin in January 2011 and be completed within 18 months.