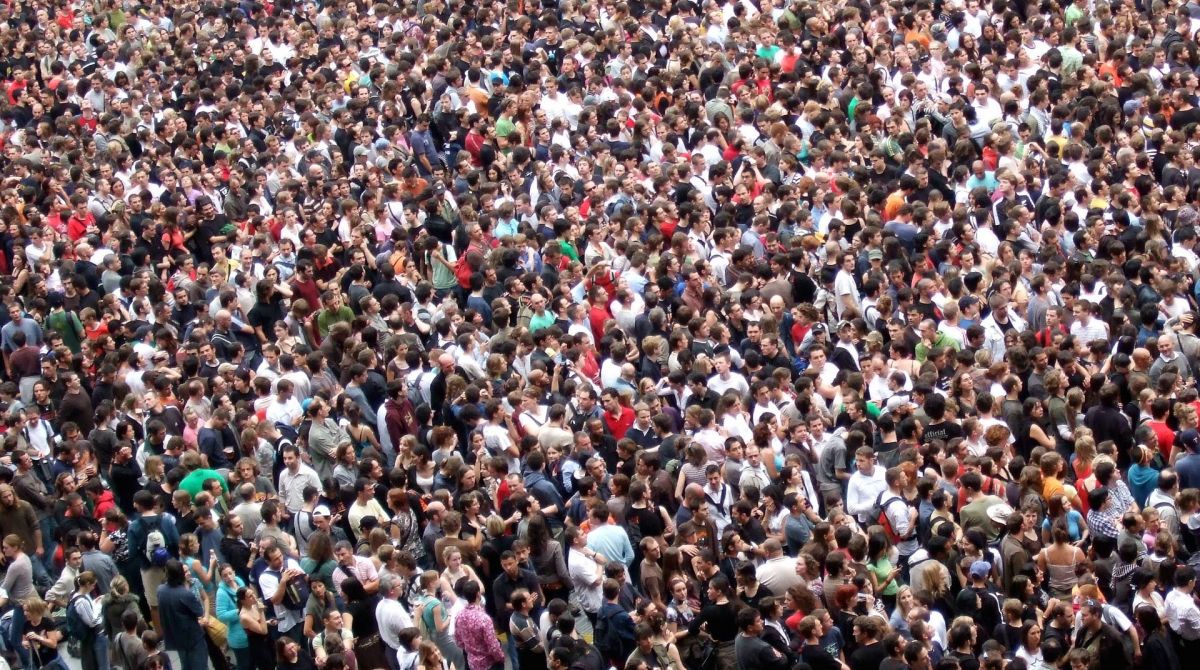 People living in densely populated areas with safe and predictable environments have fewer children so they can invest more time and resources in their offspring, finds an international study led by a Kingston University psychologist

A theory that a rise in population density leads to a declining birth rate has been explored in an international study involving a Kingston University expert.

The study, which involved analysing a range of data from 174 countries over 69 years from 1950 to 2019, found a robust connection between population density and number of births per woman over time. The findings contribute important insights into demographic changes and falling fertility around the world.

Nations which showed a significant link between population density and lower fertility included the UK, and many European nations such as Belgium, Croatia, France, Norway, Sweden, and Slovenia.

The team of researchers from Kingston University, Arizona State University, University of California, Irvine, and University of Waterloo in Canada, hypothesised that people living in densely populated areas in countries with safe and predictable environments have fewer children. This is because they delay reproduction to help their children succeed in competitive environments where more resources, such as skills and education, are required to achieve better jobs. In turn, they invest more time and resources into each child to help them compete in these environments.

The team theorised that this would only happen in more stable and predictable environments as investing in long-term strategies was riskier in areas with high levels of inequality, poverty, disease and violent crime, Dr Amanda Rotella, Lecturer in Social and Health Psychology at Kingston University and the paper's lead author, explained.

"In dense and safe environments, it is more advantageous to invest more heavily in fewer children. To be successful, people need to build relevant skills and knowledge, and this can delay reproduction. At the same time, offspring require more investment to become competitive enough to succeed," she said.

"However, in countries with more poverty, inequality, violent crime and disease, we found the connection between population density and lower fertility was either diminished, absent, or sometimes reversed. For people living in harsh environments, delaying reproduction is riskier so people have larger families, starting at a younger age."

Fertility rates have been in decline worldwide over the past 50 years. Previous studies have linked a fall in births with various factors from availability of family planning to better education and career opportunities for girls, Dr Rotella explained. More recently, studies have found a strong association between higher population density and fewer births without reaching conclusions on the exact causes behind this link.

To test their theory, the team analysed data on population density and birth rates from reputable online sources such as the United Nations Statistics Division, which compiles global statistical information.

They assessed the data against various measures such as women's education, levels of adherence to religion, types of employment, and economic and ecological variables such as migration rates and climate.

The research also drew on ‘life history theory', a framework from biology that seeks to understand how organisms allocate time limited resources in strategic trade-offs and how decisions are made in different environments.

The pattern of fertility decreasing as population density increased was observed in 116 out of the 174 countries, or 66.7 per cent. In countries with low GDP per capita and higher rates of violent crime, disease, and income inequality, however, the researchers found that the relationship between population density and fertility rates was weaker or absent.

The research has provided an invaluable contribution to theories around population density and fertility, added Dr Rotella, of the Faculty of Business and Social Sciences at Kingston. "Our study adds to the body of research available to help governments think about the factors that influence birth rate and population growth," she said.

"Many populations are starting to shrink, and it is important for governments to understand these trends for effective decision-making and planning for the future. This area of research is also important for predicting population growth in certain areas, such as the effect of any mass migration, and how we can predict and meet the needs of those populations."