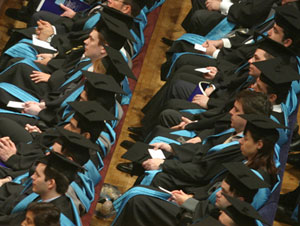 Students from poorer backgrounds and those with vocational qualifications may find it harder to get into university when two key support programmes are axed.

Aimhigher, which helps pupils from lower income backgrounds, and Lifelong Learning Networks, which support people with vocational qualifications who want to go to university, are being scrapped as part of government cutbacks. Both organisations said they were concerned that the government had so far failed to set out how it would improve access following their closure.

Ministers have suggested that universities should fulfill that role but Dr Graeme Atherton, director of West, Central and North London Aimhigher, said students needed impartial advice. He said raising the cap on tuition fees would intensify competition between universities, making it even more difficult for students to get the information they needed. 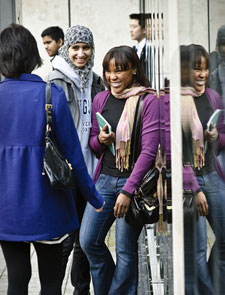 "In a free market where the promise of new students brings precious new income, universities are unlikely to collaborate," Dr Atherton said. "The new higher education market needs active, cost-effective and independent brokers who provide guidance and support for disadvantaged pupils and people with vocational qualifications." He added: "The danger is that without this kind of support it will become more difficult for pupils from poorer backgrounds and those with vocational qualifications to enter higher education."

Mandy Hobart, director of South London LLN said: "LLNs were set up to address the vast difference between applications from those with academic and vocational qualifications, and to promote opportunities for progressing to university, in part though partnerships with colleges and universities. The loss of this unique role will lead to the entrenchment rather than demolition of the academic versus vocational divide - an issue the government has said it is committed to addressing." 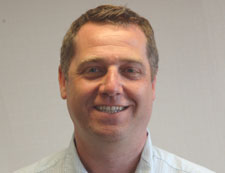 David Taylor, Kingston University's Head of Widening Participation, said that working with Aimhigher and LLNs had played a very important part in the success of Kingston and other universities in encouraging students from disadvantaged backgrounds to go to university. "These two centrally funded projects have proven to be important collaborators in supporting the widening participation agenda and its success," said Mr Taylor. "If these initiatives are lost it will make the work of universities in helping all those in our society to fulfill their potential a much more difficult challenge."

Lifelong Learning Networks (LLNs), set up three years ago to help students in England with non A-level qualifications such as BTECs, NVQs and City and Guilds progress to university, are due to be closed next July when their funding comes to an end. Aimhigher, which works with schools and colleges to get more working class, ethnic minority and disabled pupils into university, will close at the same time.

Research from 2009 shows that 90 per cent of those achieving two or more A-levels go on to higher education compared to 41 per cent of those with BTEC qualifications and 4 per cent for advanced apprentices. Other research suggests that the majority of older students and those from lower socio-economic groups felt they knew nothing about how to get into university. "The evidence suggests that there is a significant need to work with disadvantaged and older learners to encourage them to consider higher education as a future option," said Dr Atherton.

Since Aimhigher was set up in 2004, the number of students from the most disadvantaged section of the population in England has increased by a third, compared to an increase of just 4 per cent in the most advantaged areas.